A roach is a roach | Lifestyle.INQ ❮ ❯ 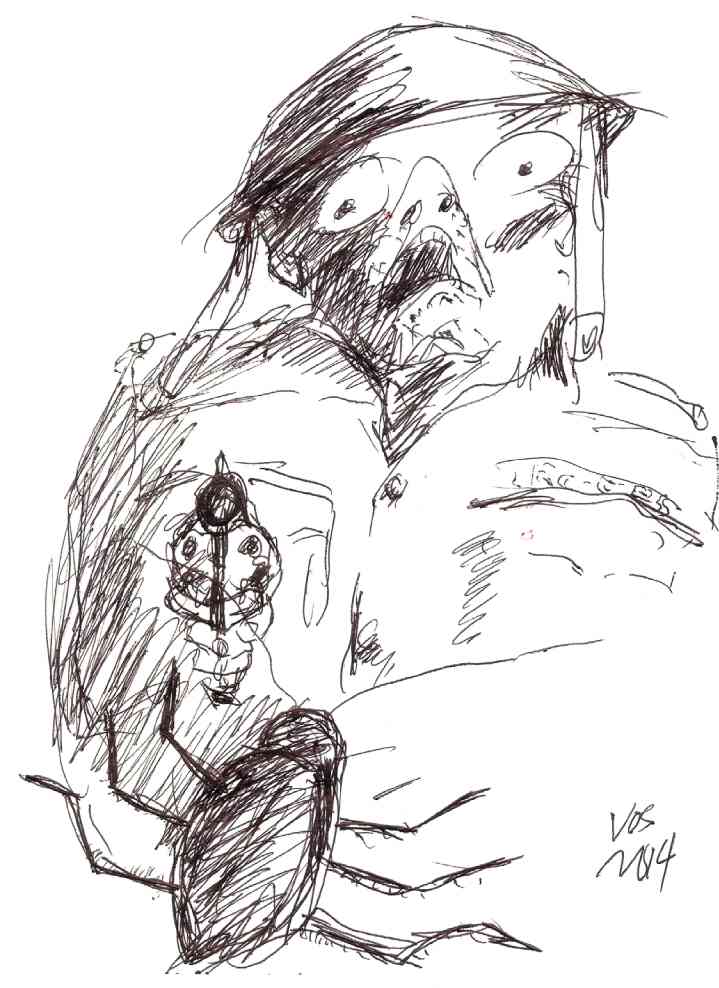 A roach is a roach

I happen to come from a family with an inordinate fear of cockroaches. I couldn’t even say its name right–‘cokrach’

“When you see one cockroach, there are actually 300 of them that you don’t.” This has to be the most frightening thing I’ve ever heard.

It was my granddaughter, my fair and gentle Rory, who told me that, when she was still in high school, while doing some research; she’s now in premed at the University of the Philippines. She doubtless had no idea how much terror she had struck in her grandmother, whose image of hell is a room full of cockroaches.

Indeed, I happen to come from a family with an inordinate fear of cockroaches. I couldn’t even say its name right—“cokrach,” possibly having to do with growing up referring to it as “cuca,” short for its Spanish name, cucaracha.

I once read in a magazine that people afraid of pests small enough to step on are usually those who have a tendency to exaggerate and blow things out of proportion. But with a cockroach, when you see one, you don’t have to imagine a whole force behind it; it may be unseen but it’s actually there, and you are outnumbered.

That’s exactly how my father, my guerrilla father, felt and looked as he stood paralyzed in one corner of our kitchen one night, after he had thrown just about everything but the sink at a roach on the wall and roused the whole household.

I doubt very much if Noah even had a hand in saving the species. Cockroaches are supposed to be indestructible and don’t wait for any invitation to insinuate themselves in your lives. They can even go without food—eat their own wastes. How much lower can one stoop!

The only thing going for them is their shiny chestnut color, which looks great on hair. But Clairol has wisely chosen not to call it cockroach brown.

According to a study, a decoy cases the joint while the main force stays under cover. It’s the worst of exhibitionists: It likes to park itself on glass for a full view of its disgusting underside. One landed on the windshield of my car once years ago, as I was driving (when I still drove), and the terror has never left me.

At that moment of shock I tried shaking it off by swerving this way and that, nearly killing myself. The windshield wiper finally did the trick.

Cousin Ninit herself recounts how a family trip in her Dad’s massive American car turned into a screaming rollercoaster ride all the way home when a roach revealed itself inside the car.

But nothing is more horrible than the flying kind; it is mean and sadistic. It perches high on your wall for easy spotting and takeoff, and flies erratically around. It chooses special occasions, say, a party, the more formal the better, showing itself off to guests, at the same time ruining the host’s reputation.

At least the less pretentious of the species seem to know their place—the floor—and try to blend with their surroundings, as if to apologize for themselves and soften the shock they cause by their very existence.

Certainly not Mr. Decoy Roach: He in fact likes to announce his presence even after he’s gone. With all the unspeakable stuff he collects on his hairy spiny legs, he drags himself over clothes and food, adding his own oily excretions for a final touch.

Ninit has herself become quite a roach detector and alarm-caller. She spits out the dirty name—“Ipis!”—with the perfect tone, decibel and shudder of voice and look of disgust.

Nothing brings out my instincts of life preservation like a cockroach in the same room with me; it’s a situation so intolerable that I once left the hospital too soon after delivering a child, even if it meant having to return the next day for his circumcision.

Alas, cockroaches can make cowards of us all, even our own guerrilla heroes, Uncle Liling, and his sidekick and younger brother Tuting, Ninit’s dad, once the flyweight boxing champion of the University of Notre Dame.

Finding themselves sharing a foxhole with cockroaches, they succumbed to the old family phobia. Shaking in their boots, they presented a picture that disillusioned their younger recruits. One of them was heard to remark: “Kung sa ipis lang takot na takot, paano pa kaya sa Hapon!”

Of course, the two brothers proved them wrong where it mattered: Liling was martyred, beheaded by the enemy, and Tuting survived prison and torture.

Well, I certainly felt heroic myself recently when at the showers I sensed movement in the folds of the opaque shower curtain. Precisely suspecting a roach, I felt like Janet Leigh in “Psycho.” Armed with nothing but a bar of soap, I set the telephone shower to its hottest, aimed it, and pulled the trigger, hoping to scald the monster. Out came a mistaken target, dropping to the floor, a tiny lizard, quivering but reviving in time.

I could only hope Decoy Roach witnessed the deadly possibility awaiting him.