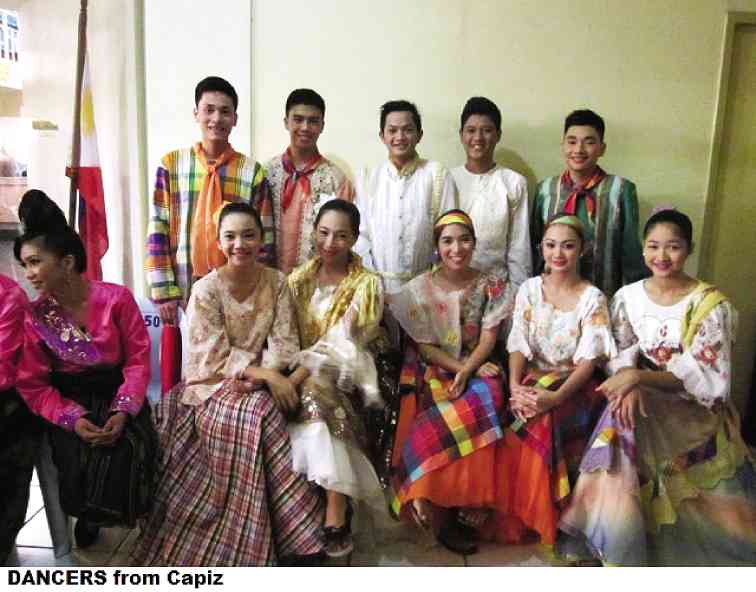 An explosion of youthful energy.

Such characterized the opening ceremonies of the International Dance Xchange Festival and Workshop of the National Committee for Culture and the Arts (NCCA), held recently at the big City Coliseum of Puerto Princesa, capital of fabled Palawan.

There were 22 Filipino and eight foreign dance groups in attendance, plus over 600 participants from Luzon, Visayas and Mindanao.

The foreign performers were from England, Hong Kong, Indonesia, Japan, Spain, South Korea, South Africa and Thailand. Missed were the dancers from Malaysia and Brunei.

During the opening ceremonies, one dance group after another, dressed in their formal (or “smart casual”) costumes, showcased their dancing ability to the pulsating, pounding rhythms of the Sinika and Pangkat Kalinangan bands, led respectively by good friend Nonoy Lanzanas, folk singer-songwriter, and Jovenee Sagun.

The climax that morning came when the hundreds of dancers massed on the floor, fireworks were exploded, confetti rained down, and the participants gyrated around and posed for photo sessions.

A parade of the Filipino and foreign contingents followed in the afternoon, with the performers marching, sashaying and dancing on the streets from the provincial capitol to nearby Mendoza Park.

There, all the groups, one after the other, showcased their talents and gave a spectacular performance of their best numbers.

The Big Dance Company of England had an anti-bullying theme, while the EA and AE Dance Duo from Spain approximated the movements of animals and insects.

The energy and hi-octane movements of PowerDance and Daredevils galvanized the crowd, and contrasted with the graceful, genteel demeanor of the ballet and folk-dance groups. 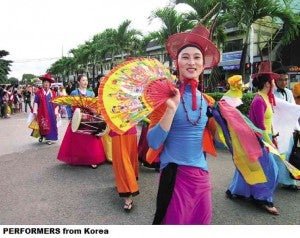 The Kaaban Dance Collective from Lupon, Davao Oriental, drew oohs and aahs from the audience, and “out-bayanihan-ed” the Bayanihan with their bamboo poles and tinikling.

Another scene-stealer was the Cebu Dance Company with their Spanish-influenced ballroom-dancing duo, the woman spinning like a top.

That evening was, for me, the highlight of the four-day workshop-festival. It was a heady confluence of diverse talents and cultures, all in the name of dance.

NCCA chairman Felipe M. de Leon Jr. concluded the event with a rousing lecture, including humorous asides, on Filipino cultural traits and on the importance of the arts.