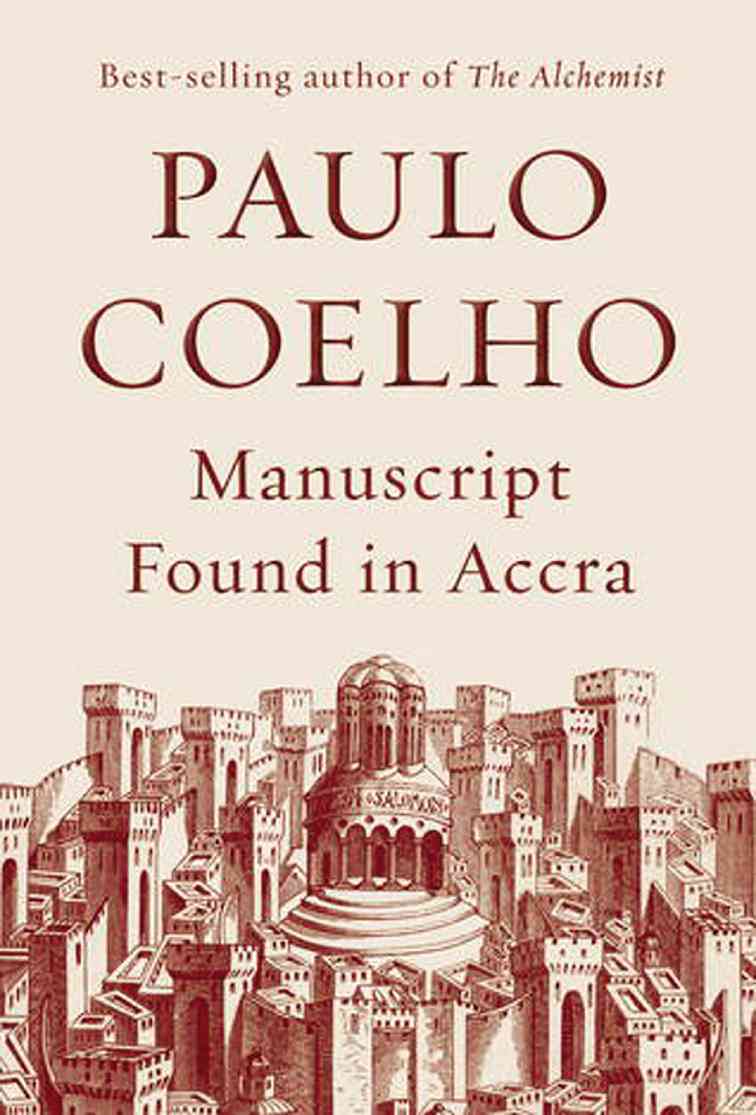 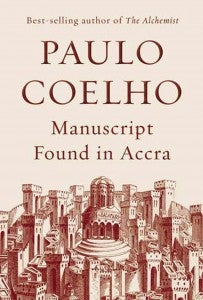 Because of the unusual way he wields his words, Paulo Coelho is perhaps the world’s most quotable novelist.

The Brazilian writer likes to load paragraphs with lovely, lithe sentences that stay with readers longer than the book’s plot does. These sentences are often wise, spiritual and inspiring, most potent for repeated quotation. People find epiphany within singular passages.

Coelho’s most important novel, 1987’s “The Alchemist,” is the prototypical Coelho novel, with its protagonist going on a journey of self-discovery; the book’s chapters are laced with his distinctive sayings.

That novel and its similar sequels have made Coelho a world-famous author, with over 100-million copies sold and his work translated into over 70 languages.

More importantly, his readers are more followers than fans, held rapt by the transformative nature of his written thoughts more than by the mere pull of plot.

His newest novel, “Manuscript Found in Accra” (translated from the Portuguese by Margaret Jull Costa, Alfred A. Knopf, New York, 2013, 190 pages), is something his many fans will welcome.

The novel itself is supposed to be a papyrus found in 1974 and sourced all the way to the ancient city of Accra. But it did not originate from there.

The papyrus tells the story of one night in the walled city of Jerusalem in 1099, written that fateful evening before the Crusaders are to breach its walls.

Within the waiting city, a Greek wise man simply called The Copt walks to the city square where a crowd of anxious people has gathered. The people ask The Copt about different concerns, and he answers.

That is pretty much the synopsis of “Manuscript.” In that sense, it is similar to 1997’s “Manual of the Warrior of Light,” so, if you liked that, you’ll like this even more.

The book then is actually almost 100-percent Coelho words of wisdom, bound together by topic and effectively unadulterated by narrative. The result is the most concentrated, most quotable Coelho novel ever written. It is Coelho explaining everything to the reader.

“I am poet, farmer, artist, soldier, father, trader, seller, teacher, politician, sage, and someone who merely takes care of home and children,” Coelho writes. “What is success? It is being able to go to bed at night with your soul at peace.”

As the seemingly random crowd of people ask seemingly random questions, The Copt—and by extension, Coelho—manages to wax lyrically about solitude, beauty, love, sex, luck, God, miracles and the future, among many others.

Coelho states these thoughts in lovely little patches of prose like this: “Well, I will forget everything I learned about the stars, and they will be transformed once more into angels or children or whatever I feel like believing at that moment.”

Imagine, a whole book of that. “Manuscript” is thus best read incrementally, perhaps a short chapter once a day, like a book of Paulo’s proverbs. It is something that Coelho readers will welcome completely. Those unfamiliar with Coelho will either find “Manuscript” the best opportunity to discover him, or find the book’s plot too thin and the passages to be New Age platitudes. That would be unfair, though.

That’s because Coelho can write really quotable sentences, such as this one about the power of the written word here: “The most terrible of all weapons is the word, which can ruin a life without leaving a trace of blood, and whose wounds never heal.” All this makes “Manuscript Found in Accra” the new essential Coelho book and, for everyone else, a diverting collection of modern aphorisms. Remember that it was Paulo Coelho himself who wrote: “The greatest gift God ever gave us is the power to make decisions.”