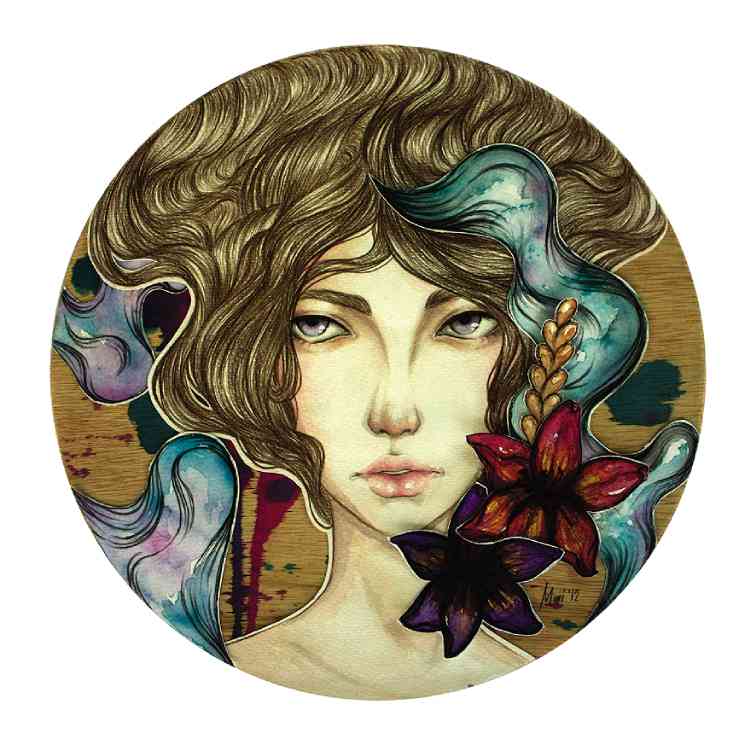 Why young artist draws girls in a mysterious way

The fashion industry evolves by the minute. Today’s trend is tomorrow’s history. Fashion is a scene where dynamism and experimentation take their course.

Mai Evangelista, 23, is among the young artists who are spinning whimsical and dark fashion stories.

When I first saw this young artist’s works, they made me feel eerie, dark and melancholic. It was ironic, though, meeting Mai Evangelista, because she is the opposite of these initial impressions.

She comes across as a strong-willed woman. The images of women she has drawn teeter on fantasy—with themes like the living dead and fairies— in terms of how the body is depicted. She shows how she values women, and how delicate and complicated creatures we are.

“I just really love the female figure. There’s something divine about it. All the curves, just free flowing. I just love that about women,” she says.

Hers is a powerful statement, and a good way to inspire young girls to love their own bodies and be themselves.

Mai’s works are a bit mysterious and sensual. They show the different feelings women go through: the heartbreak, longing and sadness. That’s the reason people admire her: because she’s real. She has shown stories of reality. She makes us think, wonder and care about the girls she draws. “The girls I draw, they’re kind of mysterious. I just want to add elements of mystery to them. I just don’t like things that are blatant. I want underlying meanings,” she says.

Evangelista’s love of art stemmed from her admiration for her older brother. “My brother, when he was younger, was way better than I, but I guess he is the reason I’m into art. I saw how good he was and I wanted to be that good, too,” she says.

As she grew older, her passion went into drawing animé figures. But at some point, the love of art fizzled out.

“I started getting into music. I like to sing. I guess, I thought, I was going to do that,” she explains. She has gone through a stage of confusion, and she veered away from her true passion, but only temporarily.

She went back to it. “In college, I started going into art again. I started seeing a lot of great artworks. I thought ‘Hey, I want to do that, too!’ When I graduated, I just did it,” she says.

It hasn’t been an easy ride for her. Studying arts brought some difficulties for her and the people around her. “I actually wanted to take fine arts, but at that time, people had this idea that there’s no money in fine arts.

“So, I took another course, and when I graduated I just decided, this is really what I want to do. Thankfully, my mom is supportive,” she says.

just see all these other people doing their thing, and it makes you think they’re so good at it.

“Then it makes you think, maybe I shouldn’t do this anymore, and you get discouraged. Then I realize, this is what makes me happy,” she says.

She gets on track again by thinking and quoting Sussan Kennedy: “Transform negatives.” With this, she is able to turn things around and make things positive, inspiring her to create new things from the experiences she has gone through.