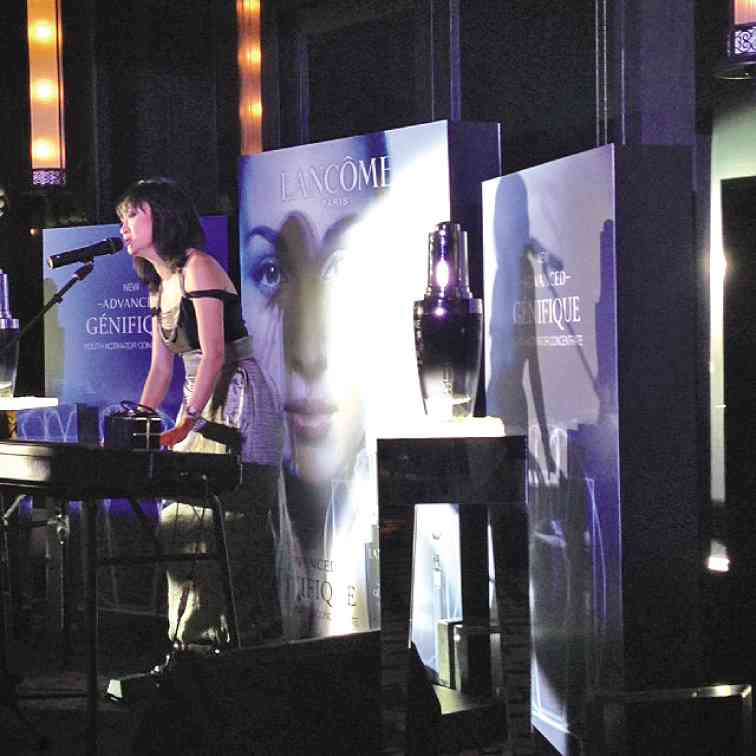 French luxury cosmetics maker Lancôme had two big announcements this week: First, its award-winning “youth activator” serum Genifique will roll out an advanced formula on May 3. And on June 15, Lanvin creative director Alber Elbaz will kit out the brand’s best-selling Hypnose line with his familiar quirky sketches.

It’s predictable which piece of news got the beauty press hyperventilating at the Lancôme dinner at Sofitel Manila, which was capped off by a platter of French dessert samplers and a miniature Eiffel tower made of chocolate declaring the couture collaboration, Elbaz’s first with the beauty giant.

But what may be bigger news to Lancôme fans is the reformulated Genifique, now with a prefix—“Advanced”—to its name. Advanced Genifique, according to Lancôme, has 40 percent more active ingredients than its previous formulation.

Believers, however, seem to think Genifique is worth the hefty price tag. Advanced Genifique is the result of Lancôme’s 14 years of in-depth studies of genes and proteins, and the

Genifique has already received 130 international awards, and it has nine patents effective until 2025, proof of the product’s efficacy, said Rowel Vijandre, L’Oreal Phils.’ managing director. Lancôme is a subsidiary of the L’Oreal Group.

Advanced Genifique was tested on 4,000 women across varied ethnicities.