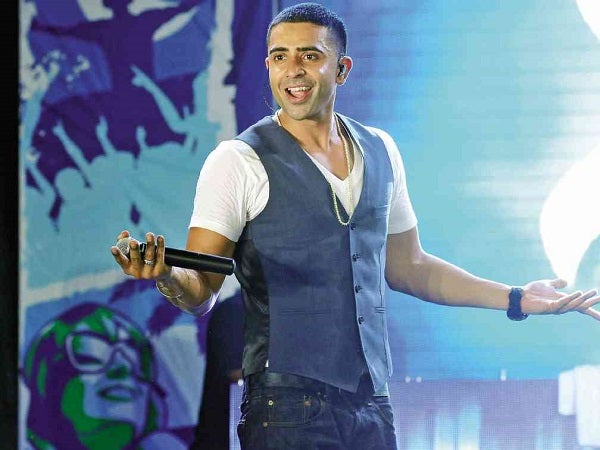 JAY SEAN is set to release his new album “Neon,” which he says showcases his soulful as well as his fun side. PHOTO BY ANDREW TADALAN

The Mayan doomsday prediction may have been wrong, but we still partied like it was the end of the world.

Last week, the white-sand beach of Boracay was the scene of intense, fist-pumping and calorie-burning moves from a crowd that rocked the night away with British singer-songwriter Jay Sean.

His last performance in Manila was in 2010.

We asked about his plans for this year, now that his single “2012” has become a pop anthem.

Sean is set to release “Neon” and is busy with his own entertainment company, Camouflage.

“It took me a while to finish ‘Neon’ because I want to get it right. It’s the music that my fans absolutely love from me,” he said. “I want to give them the soulful as well as the fun side of me.”

As for Camouflage, Sean said that there’s only so much he can do as a singer-songwriter. “I don’t want to be onstage singing ‘Down,’ or ‘2012’ in 2045. I want to set up an empire, and I look up to Jay-Z… He’s diversified so much; that’s what I’m trying to do with Camouflage.”

After 40 minutes, the crowd went wild as Sean emerged onstage wearing a gray vest over a V-neck white shirt and denim pants. He opened his first beach performance in the Philippines with “Hit the Lights” from his compilation album of the same title.

Just when everyone was hyped up, Sean slowed down early in “Ride It” from his second album “My Own Way.” Energy levels again soared when he sang “Do You Remember,” a hit collaboration with Sean Paul and Lil Jon.

At this point, Sean introduced his partner onstage—beatboxer MC Zani, who flaunted his Filipino lineage by wearing a white Team Manila Jose Rizal shirt. Zani, whose real name is Dean Hosenie, is the 2008 UK Beatboxing champion.

Sean told the crowd how proud he is of MC Zani’s talent, prompting the crowd to shout, “sample, sample!” The duo obliged by performing an

Sean followed it up with a feel-good tune, “If I Ain’t Got You” (not to be confused with the Alicia Keys hit).

As a composer, he said that a lot of people have inspired him. But when it comes to writing his music, he doesn’t listen to a specific artist.

“I don’t want to listen too much to a particular artist when I’m writing my album because he might influence me,” he said. “I have to be me. That’s why I listen to everything—from classical music to rock to R&B—to know what I love and makes me feel excited.”

He’s actually not a newbie in music, having been active in the industry for a decade. And to hark back to the song which he said started his career, he sang “Eyes on You.”

Sean, whose real name is Kamaljit Singh Jhoot, was three years into medical training when he decided to switch careers. “I was dissecting bodies, but when I’m at home I was writing songs,” he said. “It was very weird and I couldn’t understand why I couldn’t give up my love for music.”

A gut-feel kind of guy, he said that he believed that the music scene was meant for him. “When the record deal came, I didn’t have to think twice of what I wanted to do.”

And what would be a Jay Sean concert without him performing “2012?”

Yes, even in 2013, we still love the song! We managed to jump and fist-pump to the rhythm even when we were sardined on the beachfront of Club Paraw. We were just a bit worried that Sean would accidentally hit us with his white spikey J75 shoes by Jump. (We were that close!) The crowd was so hyped that Sean pulled out his phone to record the moment.

As he sang “Back to Love,” we were already gasping for air. The energy was so high that it refused to go down, even when he sang “Down”—a hit collaboration with Lil Wayne which won the 2009 UK Urban Music Award for Best Collaboration.

Sean, who has also collaborated with industry legend Mary J. Blige, said that he’s like a sponge when he works with different artists.

“I like to be open at all times for me to learn,” he said. “Whoever it is that has been through stuff I haven’t been, I can always learn from them.”

Despite the air-gasping and the sore feet from jumping and being stepped on, everyone was still energized even as Sean closed the night with his single “So High.”

We were expecting a teaser performance from his “Neon” album, which he described as “everything that we all aspire to be.” Nonetheless, it was a great, energy-draining performance.