A taste of Zambales | Inquirer Lifestyle 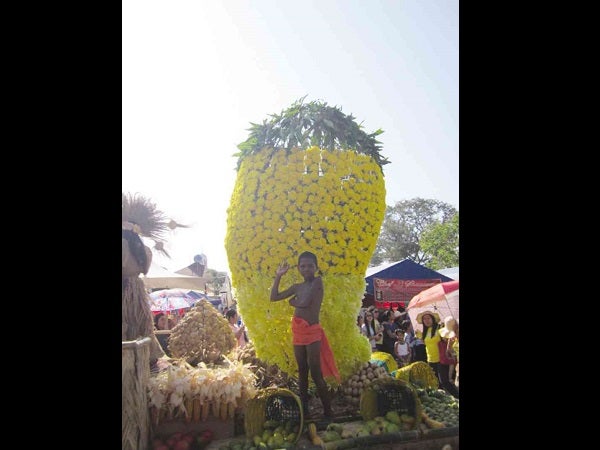 A taste of Zambales

The best-known product of Zambales—whose coastal towns are named after saints and alluring islands facing the West Philippine Sea—is the mango. The Guinness Book of World Records has declared the Sweet Elena mango from this province the sweetest in the world (though not recommended for diabetics).

From the mango has come manifold products like mango nectar, tart, wine, pie and cookies, jam and dried mango.

There are many kinds of mangoes: “Piko, kalabaw, Indian mango, ’yan ang totoong mangga (these are the real mangoes),” says Manang Mauricia Santiago of the Island Grace Beach Resort. “And there’s the apple mango, kulatipot, which is small and sweet and is also found in Bulacan.”

Of the many festivals of Zambales from Jan. 24 to Dec. 30, the biggest is the Zambales Mango Festival, celebrated recently in the historic capital town of Iba. For the event, the provincial capitol, center of the festivities, was decked out in an impressive array of red and yellow mango colors and floral designs. The scene was even more eye-catching at night.

There were dancers and floats galore, with each town trying to outdo one another in coming up with the best and the most attractive float. The young dancers gyrated to the pounding rhythm of drums, waving red and white flags, and often caparisoned in green and yellow colors.

One intrepid woman even stopped the parade and had her picture taken in front of her favorite float. An Aeta boy waving to the throng elicited much applause.

But, as expected, it was the beauty queens, each escorted by a male cadet, who threw the crowd into a frenzy: Venus Raj, Shamcey Supsup and Janine Tugonon.

Then followed, after a long wait at the resort, a ride by night to the Masinloc Wharf, from where we boarded an outrigger motorboat to San Salvador Island, a marine sanctuary.

The five- to 10-minute ride promised by the coordinators (“depending on the speed of the boat and the condition of the waves”) turned out to be more than 30 minutes. The waters were slight to moderate, then turned slightly rough as we neared the island.

The boat could not approach the island because of the corals. So we, men and women from the media, had to tow the boat to the shore. The rocks and small corals hurt my bare feet, and photographer Jun Reynales had to assist this wobbly senior citizen to reach the shore unharmed, dignity intact.

“I was concerned about the sea urchins,” Jun said. “You don’t see them at night.”

As with lunch, dinner was delayed, through no fault of the caretaker and his family, who also had been waiting for us for hours on the island. Amenities were scarce, but the colleagues were able to buy some beer and chips from a nearby sari-sari (variety) store.

Although hungry, the team members were in high spirits, since most of them were young, quick to laugh and joke, and no doubt used to roughing it.

By morning, despite a fitful sleep on the thin sleeping bag in the tent, I had recovered my usually cheerful disposition, and began to appreciate the beauty of the island and the surrounding seascape.

Adieu, Zambales. Till the next caper.