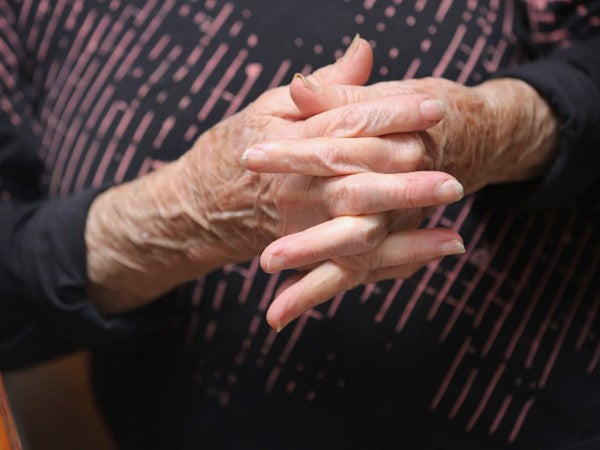 Secret to longer life may be in the brain—study

PARIS—Scientists said Wednesday they had found a brain region that controls physical aging, and could target it to manipulate the lifespan of lab mice.

The findings may be a step toward finding the holy grail of slowing human aging, but have yet to be tested in human subjects.

The research, published in the journal Nature, implicates the hypothalamus— brain region that regulates growth, reproduction and metabolism, in the gradual and coordinated bodily deterioration we call aging.

Though the brain has long been suspected of orchestrating the process, this is the first evidence to that effect.

The team said they could speed up or slow down aging in mice by activating or inhibiting the brain signaling molecule NF-kB in the hypothalamus, which in turn affects levels of a hormone called GnRH that plays a role in the generation of neurons—the data processing cells of the brain.

By stimulating NF-kB, they caused a decline in GnRH which led to impaired neurogenesis and aging symptoms like muscle weakening, skin atrophy, bone loss and memory impairment.

NF-kB is generally responsible for regulating the body’s response to inflammation, the New York-based team wrote.

The researchers could also slow aging in mice by giving them the GnRH hormone.

“Our study provided interventional strategies to slow down aging through targeting the hypothalamus,” the study’s senior author Dongsheng Cai, professor of molecular pharmacology at the Albert Einstein College of Medicine, told AFP by e-mail.

“It can help to slow down aging, which is already a big breakthrough, as it can counteract against many aging-related diseases,” he said, while stipulating: “I don’t think aging could be completely stopped.”

Cai said he believed the mouse results would translate into humans, “though it will need future efforts to develop safe and applicable approaches to humans.”

Commenting on the research, Harvard Medical School experts Dana Gabuzda and Bruce Yankner said the results, if validated, may have important implications for treatment of age-related diseases—particularly those linked to inflammation.

“The idea also raises the intriguing possibility that hypothalamic regulation could be therapeutically manipulated to have broad effects on the aging process,” they wrote in Nature.