In place of surgery, a beauty serum | Lifestyle.INQ ❮ ❯ 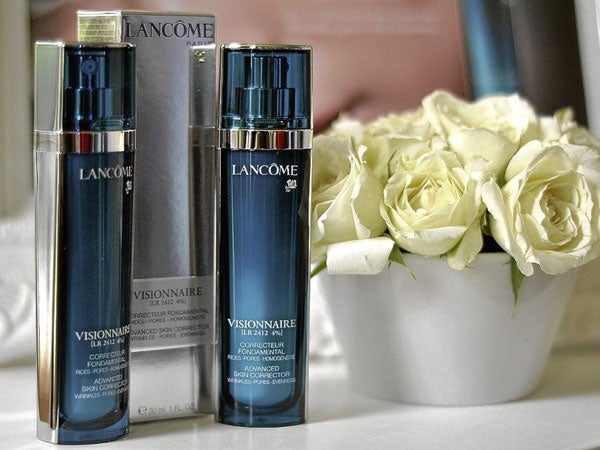 In place of surgery, a beauty serum 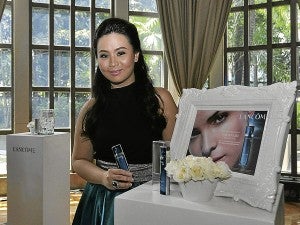 Would a woman postpone a planned cosmetic procedure over the promise of improved skin from a bottle?

Apparently, two in three women will, according to a study conducted by Lancome, the prestigious French cosmetics company. Lancome, which rolls out next month Visionnaire LR 2412 4% Advanced Skin Corrector, a product of a 12-year research, says two in three women aged 35 to 49 who took part in a four-week study said they would put off undergoing certain cosmetic procedures after testing Visionnaire. These women had been tempted to try hyaluronic acid, laser or chemical peeling.

Visionnaire contains a molecule called LR 2412 that mimics the signal-molecule defense of plants called jasmonic acid, which triggers a plant’s repair system and makes it more resistant to tissue damage.

Lancome’s claim is that the LR 2412 molecule repairs skin damage from within. It works in signaling the skin to do so-called mi cro-transformations. Visionnaire promises to target wrinkles, pores and evenness of the skin.

L’Oreal Paris, the parent company of Lancome, spends 600 million euros annually on research and development. “Being the flagship brand, Lancome gets the bulk of it,” says Luc-Olivier Marquet, managing director of L’Oreal Paris Philippines.

Visionnaire is the result of rigorous research. In 10 years, L’Oreal scientists created 20 derivatives of the compound that mimics jasmonic acid, arriving at the one that’s most compatible with human skin. The resulting molecule, LR 2412, took two additional years to optimize. Visionnaire has 17 patents.

Cosmetics giants like L’Oreal are racing to keep up with advanced cosmetics procedures. Visionnaire, a lightly scented serum used twice daily, was tested on some 800 women of Hispanic, Caucasian, Asian and Afro-American complexions. It claims to be safe for sensitive skin and even around the eye area.

While Visionnaire is similar to its predecessor, Genifique, in that they both work on the molecular and genetic level, neither job is a replacement of the other. Instead, they’re designed to work together, according to Lancome. While Genifique promises youthful skin, Visionnaire aims to correct skin imperfections.

Visionnaire LR 2412 will retail at P5,300/30 ml bottle, just like Genifique. It will be available on Sept. 7 in Lancome Greenbelt 5, Rustan’s Department Stores and Marionnaud Mall of Asia. 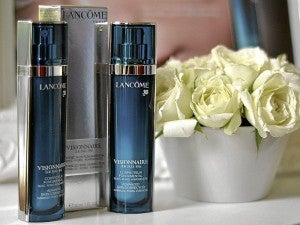