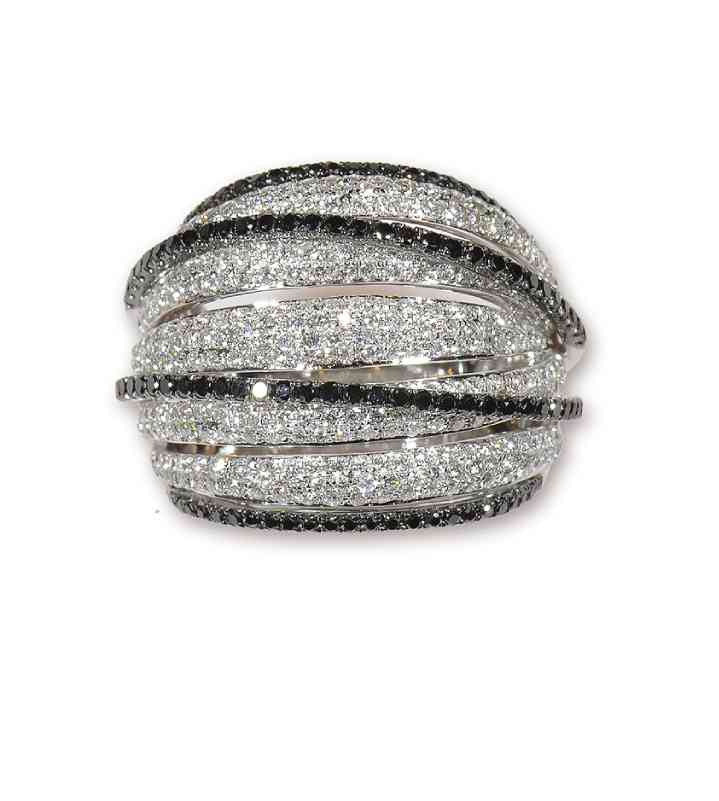 Fashion jewelry may be having more than a moment, having ensnared a generation enamored with bold and fanciful accessories, such that the only precious gems a contemporary woman now wears are likely her wedding band and engagement ring.

The colorful Lifestyle columnist Tessa Valdes, for instance, has said more than once that the only jewels she will likely bequeath her daughters are her costume jewelry.

But there’s still quite a sizable segment of Filipinos that gravitates toward baubles with lasting value, the type passed down to generations and whose worth appreciates over time.

That may have been the secret to the decades-long success of F&C Jewelry, a homegrown business in Iloilo whose reach has extended to over 50 stores nationwide, catering to the Everywoman. The company is marking its 40th year.

It’s true that, in a small way, the popularity of fashion jewelry has somehow affected the sales of precious jewelry, says Marissa Florete-Gorriceta, marketing and merchandising head of F&C.

But “our market is the conservative office women, those who want to own something that will appreciate in value over time,” she adds.

Florete-Gorriceta is the eldest daughter of the F&C founders, a Gemological Institute of America-trained gemologist and a third-generation jeweler. Her mother, Susan Caperonce, learned the craft from her own mother, who hails from Bulacan, where much of Philippine handcrafted jewelry comes from.

Caperonce and husband Marcelino Florete Jr. began their own enterprise in 1973, and now run it with their children. There’s also Marjorie, also GIA-trained who is head of personnel, and Marcelino III (who’s engaged to the daughter of lawyer Katrina Legarda), in charge of finance. The youngest, Mary Christine, is a law student.

For all the luxuriousness of their trade—they’re also behind the Dulcinea chain of restaurants and some Sbarro branches, as well as hotel-resorts in Boracay—the Florete women are remarkably modest and low-key. They aren’t dripping in diamonds as might be typical of women in their trade. (At the prodding of their PR consultant, the matriarch meekly showed her 35-mm crocodile Birkin, which she bagged after two years on the wait list.)

In a way, they are their market: moneyed women who don’t scream for attention.

Florete-Gorriceta says the wedding market is also a significant source of customers for local jewelers, inspiring F&C to collaborate with fashion designer Rajo Laurel to create a bridal collection in 2010, a selection of wedding bands that the owners say did “very well.”

The Floretes say that they offer a more affordable alternative to the fine jewelry brands from Italy and France. (In the 40th anniversary collection, the most expensive piece is pegged at P1 million.) The family takes pride in the traditional and fine craftsmanship of their jewels, whether encrusted with diamonds or adorned with pearls or colored gemstones.

Florete-Gorriceta herself says she prefers those with bright gemstones, while she observes that many Filipino women are gravitating toward rose gold of late.

“I think it’s because they don’t have it yet. Yellow and white gold have been there for a long time,” she says.

Her mother Susan adds that Filipino women still tend to buy jewelry as a set.

Most of F&C’s stores are in SM Department Stores, but there is a new one in the new Glorietta wing in Makati City.

Running a jewelry business, the owners admit, does have its vexing challenges. Early in January, F&C was one of two jewelry brands that were hit by the so-called Martilyo Gang in an SM Megamall heist.

In the end, the Floretes refuse to allow the January incident to put a damper on their milestone. After all, with the rising cost of gold and fickle tastes of the market, 40 years is nothing to be trifled with.