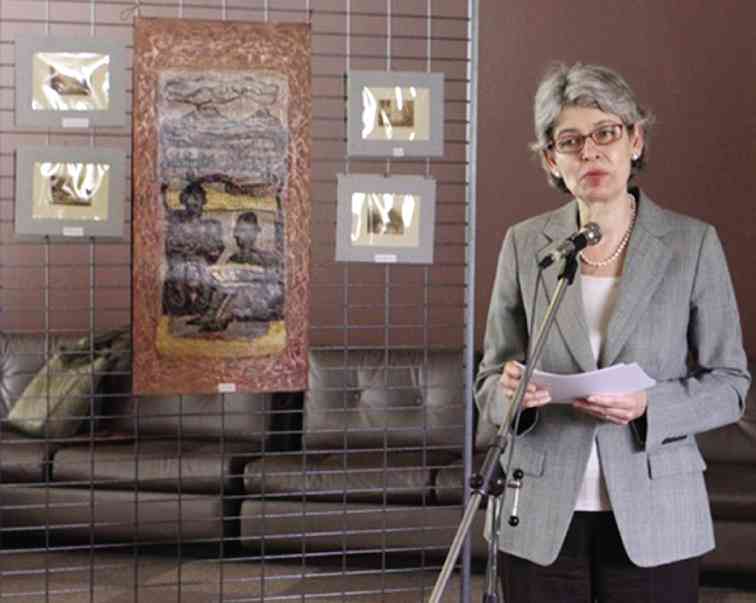 Organized by the Philippine Permanent Delegation to the Unesco, Baldemor’s one-day exhibit featured artworks celebrating the life and culture of the Ifugao people of Northern Luzon.

The theme of the exhibit had particular significance in Unesco, considering that the Ifugao people are credited for constructing and maintaining the 2,000-year-old rice terraces of the Philippine Cordilleras—a Unesco World Heritage site.

In her remarks to open the exhibition, Philippine Ambassador and permanent delegate to Unesco Cristina G. Ortega stated that “the Philippines is committed to conservation and heritage preservation. It is for this reason that we have put forward our candidature for a seat in the World Heritage Committee this year.”

She also mentioned the Philippine exhibition, “Philippines: Archipelago of Exchanges” at the Musée du Quai Branly, which was inaugurated on     April 8 by Vice President Jejomar Binay and French Prime Minister Jean-Marc Ayrault. She invited everyone to view the exhibition which could provide them with a keener appreciation of Philippine history and Philippine precolonial heritage.

Unesco director general Irina Bokova was guest of honor at the inauguration.

“Peace must be built in the minds of women and men, that ignorance of each other’s ways and prejudice against the fruitful diversity of cultures are causes of mistrust, tension and conflict,” said Bokova.

She added that “promoting the diversity of cultural expressions and intercultural dialogue is so important” and that the “Philippines are a great champion of these ideals.”

Bokova likewise recognized Baldemor’s talent for combining fine and folk art techniques—“to express something ‘old’ and create something ‘new’ from this unique land, its rich culture and people.”