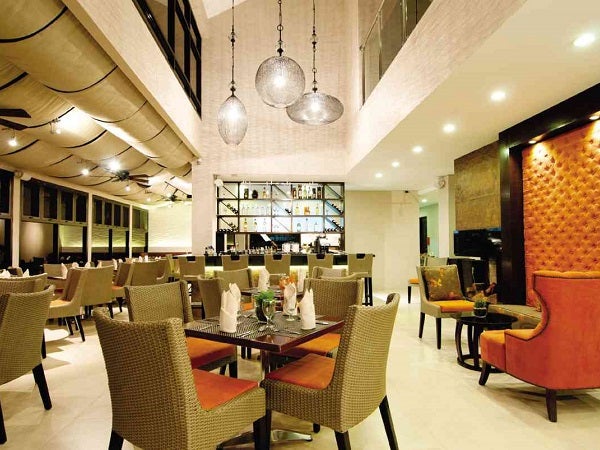 C Boutique Hotel, a new place to stay in Baguio, teams up with the blog site Our Awesome Planet to offer a new way to enjoy the country’s summer capital.

The Flavors of Baguio tour takes guests of C Boutique Hotel on a culinary journey that traces the city’s history and heritage, as well as its local scene with stops at multiawarded dining establishments as well as off-the-radar spots.

The Flavors of Baguio Tour kicks off with lunch at Solibao—located in Kisad Road’s historical landmark, Heritage Mansion. It offers Ilocano specialties like Kare-Kareng Bagnet, Pinulpugan (roasted pork with chopped onions and leeks), and Pinakbet.

There’s also Rose Bowl which serves Cantonese comfort food including its specialty, Rose Bowl fried rice, plus a choice of dessert and drinks—completing what it traditionally calls the Comida de China.

The tour proceeds to the Laperal Mansion which is now a museum; the romantic ruins of Diplomat Hotel; the Lourdes Grotto; and Sabado’s Handicrafts.

Snacks are available at Kiwi’s Bread and Pastry Shop, owned by a New Zealander baker and his Filipino wife. It offers pies and pastries, best enjoyed with a cup of coffee or cocoa.

Next stop is Tam-Awan Village for a glimpse of conventional Cordilleran living, seen in its huts from various provinces of the northern uplands which can be rented out for a night by adventurous guests. The highlight is Tam-Awan Café where authentic Cordilleran dishes are prepared in modern ways like the Sagada roasted-pork sandwich, served with a cup of Cordilleran coffee. If the tour is done on a Saturday, participants are treated to a show of Cordilleran dances; there’s also an option to get their portraits done by local resident artists.

The tour culminates with the restaurant that put Baguio in the culinary world map: Casa Vallejo or Hill Station, so named for the structure’s original function as a rest and recreation center for the Americans during the early 1900s.

Hill Station is most notable for a menu that mixes continental specialties with contemporary comfort food.

The tour ends at Bliss Café, whose menu includes vegetarian burgers, vegetarian chicharon and sisig, and an amazing assortment of salads and desserts.

The tour package is at P2,250 per person, with a minimum of four participants. Log on to cboutiquehotel.com.