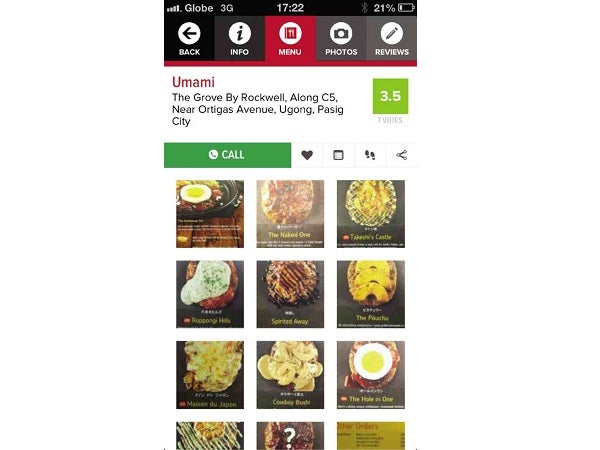 Zoom through restaurants with Zomato

There’s nothing quite like extreme hunger to spark a great idea. While working as a management consultant at Bain and Company in New Delhi, Zomato founder and CEO Deepinder Goyal would witness an event every lunch time that would lead to the conception of his brainchild, a website about restaurants, bars, pubs and clubs.

“We had a binder of about 50 menu cards at the office and every lunch time, there would be a long queue in front of the menu cards, because no one was allowed to bring them to their desks.” This inefficiency led him to scan the menu cards in his office, upload it online for everyone to have access to, and it was a big hit.

This simplified compilation of menu cards was the precursor to Zomato—one of the more robust and comprehensive restaurant guide apps/websites in the market that Goyal and his team set up.

Zomato was launched in New Delhi in 2008. It has steadily gained ground in various English-speaking markets throughout Asia and Europe.

Recently, Zomato made its debut in Manila, where Goyal and team made a startling discovery. “The Philippines is actually one of the best markets for us. You have the most number of restaurants in one city so far. At 12,000 restaurants in 10 cities, Manila is actually bigger than the London market,”  Goyal said.

In order to kick-start Zomato’s Manila database, Goyal and his 24-strong team spent 20 days on a restaurant data-gathering mission, scouring 10 cities around Manila to stop at every restaurant—

“We collected information—restaurant name, address, phone number, operating hours, cuisines, whether they deliver or not, average cost. We would also ask restaurants to provide menu cards so we could upload them to the site and take pictures of the place as well” he said.

Goyal recounted how Manila restaurants have been very helpful, with some giving away the actual menus to the team, even the expensively printed ones. Eventually, the data collection team would bring handheld scanners to restaurants to make menu-scanning and uploading more efficient. Because Zomato uploads the actual menu of each restaurant, expect the menu to be updated, allowing you to decide what you want to eat before going to the restaurant and helping you budget the cost of your meal as well.

Zomato has also got each restaurant location down pat. Goyal demonstrates how the app pinpoints each restaurant address exactly. “We were in Greenhills, shopping for cheap stuff and we had a craving for ice cream. Zomato led us to a small stall in the food court that served ice cream, we were walking around the mall with our phone out and it led us to the place exactly,” Goyal says.

Indeed, the app begins to detect your location as soon as you launch it, and the banner starts showing you photos of restaurants within your immediate vicinity.

The app also features a social element where users can share their restaurant reviews. Zomato has no plans of writing its own reviews, preferring to concentrate instead on making sure its restaurant guide is as updated as possible. It has a team that goes around restaurants daily to make sure it has the correct data.

Zomato is also trying to make its restaurant guide as immersive and personalized as possible by filtering restaurants based on tastes, allowing serendipitous dining discoveries among like-minded users. It’s a very handy app to have for anyone who loves to eat out.

Zomato is free to download across different platforms—iOS, Android, Blackberry and even Symbian.

Visit zomato.com for more information. Download the app via the AppStore or Google Play.