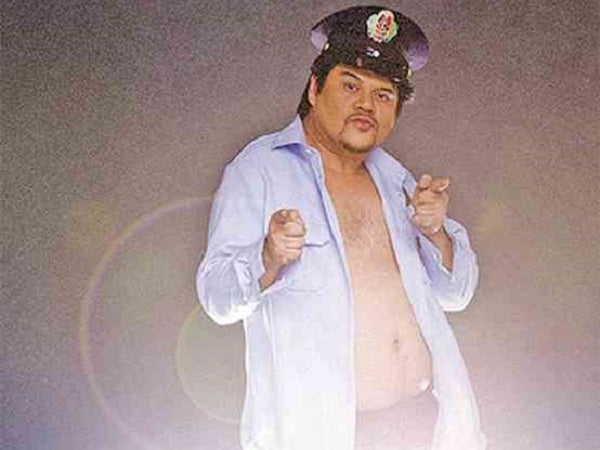 The year’s performances to remember–so far

COUNT THEM—22 productions in just the first five months of the year, from the small two-character drama (“Red”) to the all-stops-out musical extravaganza (“Ibalong,” “Katy”). Local theater is at its most prolific and exciting in years; and so, before the last days of summer ring the curtain down on the old season to usher in the new by June—and with memory the only antidote to the ephemeral nature of theater—we thought we’d look back and salute the performances that lit up the stage and occasioned cheers in the previous months.

Here, our resident Inquirer Theater writers Walter Ang, Totel de Jesus and Cora Llamas, plus guest contributor Glenn Sevilla Mas, coordinator of Ateneo de Manila’s Theater Arts program and a jury member of the Philstage Gawad Buhay! Awards, share their thumbs-up list. (In no particular order, and only from the shows we saw, needless to say—hence my longer list; I caught all 22 productions, sometimes more than once for the cast alternates—Ed.)

Jamie Wilson (Viva Atlantis Theatricals’ “The Full Monty”): Comes across as the most real of the characters, imbuing his performance with a natural ease.

The ensemble of Peta’s “D’Wonder Twins of Boac”: Talented, tight and generous.

Audie Gemora (Repertory Philippines’ “No Way to Treat a Lady”): It takes an excellent actor such as Gemora to play a bad one in all his miserable glory.

Bart Guingona (The Necessary Theater’s “Red”): Brings his usual intensity, intelligence and depth to the role of Mark Rothko.

Nonie Buencamino and Menchu Lauchengco-Yulo (Resorts World Manila’s “The King and I”): Emotional clarity, restrained passion, musical precision—plus the undeniable chemistry between these two performers enabled their pairing to go beyond personal interaction to embody the cultural tension between East and West.

Jamie Wilson (“The Full Monty”): That he managed to lend strong support while shining quietly on his own showed a master actor in control of his craft, who knew when to give in and when to pull back.

Audie Gemora (“No Way To Treat A Lady”): Such ease in portraying a most complex character—a serial killer with a sense of humor.

Red Concepcion (“Collection” and 4th Wall Theater Company’s “Rivalry”): He could jump from one play to another, English to Filipino or vice versa, and he’d be a standout among the veterans, even in a supporting role.

Fred Lo (Culture Shock Productions’ “Sa Wakas”): Sang his way into the hearts of a new theatergoing generation with a breakthrough performance.

Carla Dunareanu (Repertory Philippines’ “Boeing Boeing”): A natural, she created the most comic and lovable character in the play.

Pinky Amador (“Piaf”): One could smell her liquor-nicotine breath—from the balcony. She was that powerful.

Jamie Wilson (“The Full Monty”): The charming, funny, hug-magnet dude every mother would want to bring home after the play.

The ensemble of “Ibalong”: Each actor contributing to a heightened experience and turning the original ethno-rock Filipino musical into a smashing experience.

Cris Villonco (“D’Wonder Twins of Boac”): Perfectly cast as Viola, with the requisite charm and spunk to pull off this difficult cross-dressing Shakespearean role. What can Villonco, arguably the best and most versatile actress of this generation, not do?

Shamaine Centenera-Buencamino (“D’Wonder Twins of Boac”): Pure comic gold. Buencamino owned the stage every time her eternally mourning Olivia made an entrance and struck a tragic heroine’s pose in it.

The cast of “Himala: The 10th-Anniversary Celebration of the Musical”: Glorious singing and beautiful ensemble work, with Dulce, Kalila Aguilos and Cynthia Culig-Guico turning in powerful and nuanced performances.

OJ Mariano, Jamie Wilson (“The Full Monty”): Nuanced and endearing performances, unlike most of their co-actors’ turns in this fun but ultimately forgettable production.

Dulaang Sipat Lawin; Blanche Buhia (“Art,”  “Sige, Ma” and “Isla Palasan”): The three plays showcased range, outstanding ensemble work and solid individual performances rarely seen in very young actors. Buhia stood out as an exciting young actress who could switch smoothly from comedy to tragedy in three disparate productions that played one after the other in only one day.

Audie Gemora (“No Way to Treat a Lady”): Veteran versatility on display, despite the rather quaint material.

Pinky Amador (“Piaf”): A compleat disappearing act that will be long remembered as an acting high point in contemporary local theater.

Reb Atadero (Repertory Philippines’ “The Graduate”): Persuasive as Benjamin Braddock, the saving grace of this tedious stage adaptation of the classic novel/film.

Jamie Wilson (“The Full Monty”): He’s too much of a team player to bask in this— but he acted circles around everyone and still didn’t come off as a show-off.

Nonie Buencamino and Menchu Lauchengco-Yulo (“The King and I”): When the confrontation between Buencamino’s monarch and Yulo’s Anna over the whipping of the slave girl Tuptim suddenly packs a fresh, revelatory wallop, you know you’re watching master artists in an inspired matchup.

Dulce, Isay Alvarez, Kalila Aguilos, May Bayot, Cynthia Culig-Guico, the ensemble of “Himala: The 10th-Anniversary Celebration of the Musical”: Splendid singing all around, the overall experience akin to an oratorio.

The cast of Dulaang Sipat Lawin’s “Isla Palasan”: Graduating theater students of the Philippine High School for the Arts delivering an adaptation of Martin McDonagh’s “The Cripple of Inishmaan” with quite startling skill and maturity.