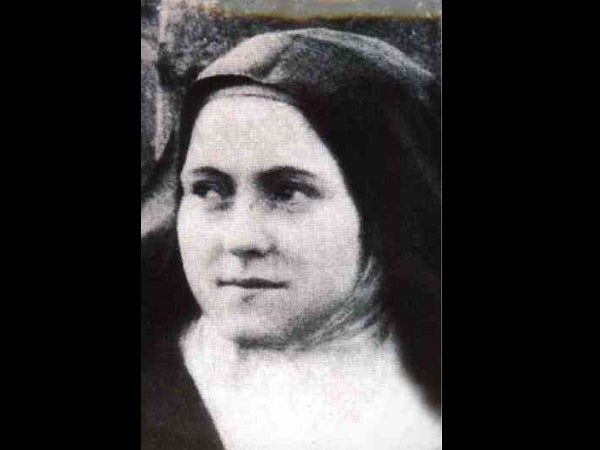 ST. THERESE of the Child Jesus, doctor of the Church, is invoked for the healing of sickness.

THE PHILIPPINES will present its traditional Philippine-made belen (or crèches in French) in an exhibit at the John Paul II Center fronting the Basilica of Saint Therese in Lisieux from Dec. 7, 2013 to  Feb. 1,  2014.  Every year, Lisieux invites a country to present its own crèches collections in an exhibition called “Crèches du Monde.” Our turn to present our crèches was decided in 2009 when Msgr. Bernard Lagoutte, rector of the basilica, and Celerina Caimoy, then pastoral council member of the Philippine Chaplaincy,  were preparing the cultural programme to launch Manuel Baldemor’s “Philippine People Power” mosaic.

Seed money for the project

Art patron Loida Nicolas-Lewis from New York has just donated the $5,000 seed money.  Ruben Defeo, UP art history professor and art critic, will mount this exhibit in time for the opening on Saturday,  Dec. 7. Rev. Elpidio Caimoy, permanent deacon of the Philippine Catholic Mission and the parish of Notre-Dame d’Auteuil of the Diocese of Paris is coordinating this project with Philippine ambassador to France Cristina Ortega.

Shalene Dizon of the Dizon family that built the sanctuary of St. Therese in Parañaque and saw to the travels of Therese relics recently has already sent six crèches to Lisieux. Those who want to contribute or  lend their family crèches, kindly get in touch with Rev. Caimoy at this e-mail address: [email protected]

Juita F. Dinglasan went to the Chapel of San Beda College in Alabang where the relic of St. Therese was available for veneration.  In her letter to Commodore Ramon Moreno who brought the relic, she asked the saint’s intercession that the tests she underwent on April 16 would  come out   benign.  Juita was a  breast cancer  survivor   in 2010, but a small growth was found in her lymph node in 2012 and surgery was performed.  Then she had an annual check-up which included blood tests, mammography, bone density test, CT scans  and ultrasounds.

At the same time, Juita was doing her novena to St.  Expeditus for the same intention.  On April 19, feast day of St. Expeditus, she received a text message from her doctor’s office that all her tests were okay.  Juita also thanks the following saints for their intercessions: St. Peregrine and San Exequiel Moreno and all the saints.

The Franciscan Friars of the Immaculate (FFI)   have two convents,  one formation house and an apostolate house  in Lahug, Cebu City.  Fr. Francis M. Ruelo,  whom  I met  in November last year, belongs  to the community whom  Commodore Ramon Moreno  described as a  community living strictly under the rule of St. Francis.  Like the friars of old, they go down to the Cebu market and collect unsold vegetables  and make that their food.

History  of Franciscan friars in Cebu

Originally, the friars  settled in the Casa Mariana at Frigento in Italy on Aug. 2, 1970.  Today, the FFI operates in six  continents. In Asia, specifically in the Philippines, the first FFI Community was established in Lahug, Cebu City, on Jan. 1, 1992, following the acceptance by His Eminence Ricardo Cardinal Vidal, Archbishop of Cebu.   The Marian House was given the title Mother of Sto. Niño.  The superior is Fr. John Carlo Rosales. There are 50 friars  living there.

Fra Francis, who is in charge of  the financial upkeep of the whole Philippine delegation, is asking for help to maintain the communities.     Please text him at 0915-8628370.  Those who wish to help can deposit their donations care of Bank of the Philippine Islands, Mango Ave., Cebu branch under the  savings account of  Franciscan Friars of the Immaculate, No. 1023-1682-07.

St. Pancratius, the patron saint of good health and good work, is one of my favorite saints. The Masses in his honor on May 12, his feast day, are  celebrated  by the Vincentian Fathers in Paco Park on San Marcelino St.  in Manila. Devotees go there every feast day.  My small image of St. Pancratius was given to me by Carmen Bayot Garcia, mother of my friend Maitoni Miciano.  Fiesta Masses are  at 9 a.m., 10 a.m. and 11 a.m. today.   A procession   follows  after the 5 p.m. and 6 p.m. Masses.

A day of prayer

Most Rev. Patricio Buzon, the Bishop of Kabankalan in Negros  Occidental,  will officiate the Concelebrated Mass on the Day of Prayer  in honor of Our Lady of All Nations on May 18 at 10 a.m., at the Archdiocesan Shrine of the Divine Mercy in Maysilo Circle in Mandaluyong City. Free registration is at 7 a.m. Community prayers and international rosary follow at 7:30 a.m.   After the Marian talk, there will be  a Eucharistic Adoration.   Organized by Bahay ni Maria, Center for  Peace Asia. The  public is invited.

The Contemplative Outreach Philippines will hold an  Introductory Workshop  on Centering Prayer at Roozen Hall of the  St. John Bosco Parish on Amorsolo St. cor. Arnaiz Ave., Makati, on May 18 from 8:30 a.m. to 4:30 p.m.  For more information, call the COP Secretariat at tel. 5015231 (daily except Sundays and Mondays, from 9 a.m. to 5 p.m.,  or e-mail [email protected]

The University of Santo Tomas will host the Regional Conference of the International Conference of the South and Southeast Asian Association for the Study of Culture and Religion (SSEASR), an affiliate of the International Association of the History of Religions (IAHR) under the auspices of the Unesco. This year’s gathering will bring together scholars, writers, artists and the religious for a four-day conference from May 16-19  at the Thomas Aquinas Research Complex Auditorium.

Cabalantian in   Bacolor, Pampanga has two patron saints: St. Joseph and St. Therese of the Child Jesus.  Fr. Jess Manabat celebrated Mass on May 11 at the chapel in Zone II to honor the relic of the saint which was brought by  the custodian Ramon Moreno.  By the way, readers who wish to help build the church of St. Joseph can make out their cash donations  to the  St. Joseph Parish of Cabalantian  Savings account  at  RCBC  (No. 112-5023387). Thanks for your kindness.