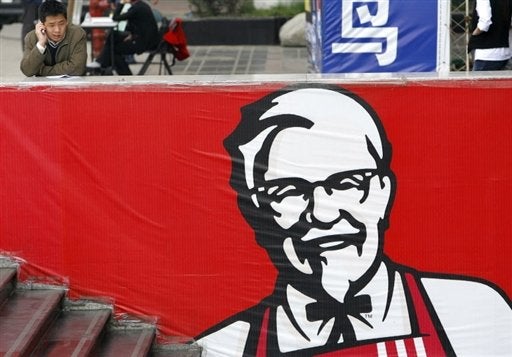 KFC to go comes to Gaza… by tunnel 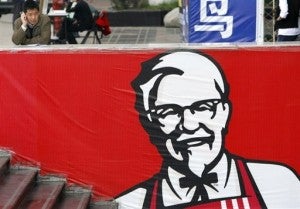 GAZA CITY, Palestinian Territories — Junk-food starved Gazans can now order Kentucky Fried Chicken to go thanks to a new smuggling service which brings takeout from Egypt via a network of underground tunnels.

It’s not exactly “fast” — taking several hours to arrive, with the Palestinian delivery company behind it charging hefty prices to cover the cost of fuel and transport.

“Last chance to order for the Thursday 6:00 pm delivery is Wednesday night,” says the Yamama delivery firm on its Facebook page.

Yamama then orders the meals, about 30 on a typical run, from the KFC outlet in the Egyptian city of El-Arish, some 40 kilometers away.

“We place the order with the restaurant in El-Arish, then drive it in a car to the Egyptian side of Rafah,” said Yamama director Khalil al-Ifranji.

“Someone takes it from there through the tunnels to (Gazan) Rafah. They then drive it to our headquarters (in Gaza City).”

Motorbikes then deliver the food, with the entire process taking three to four hours.

Fast food is just the latest trend for smugglers seeking to turn a buck by bringing in hard-to-get products to the Gaza Strip, which has been under an Israeli blockade since 2007.

Tight restrictions on Gazans entering Egypt mean those with a craving for chicken cooked to Colonel’s Secret Recipe can’t just pop over the border and pick up a bucket.

Instead, some residents seem quite happy to shell out 130 shekels ($35/27 euros) for just 20 pieces of fried chicken — double what it costs in El-Arish.

There are no international fast food chains in Gaza.

“There are many orders,” said Ifranji.

“People can’t travel regularly, and those who’ve tried this food really miss it. Those who haven’t, dream of it.”

“Whenever a KFC advert’s on TV, my wife tells me she wants to go to Egypt and have some,” says the 34-year-old civil servant.

When his wife heard Yamama advertising its new KFC smuggling service on the radio, she demanded he get some, saying she would wait forever if they saved up for a trip to El-Arish.

Yamama launched the service just three weeks ago after several friends came back from El-Arish with a KFC meal and suggested turning it into a business venture.

Since then, the number of bulk orders placed by the firm has been steadily climbing, due to popular demand.