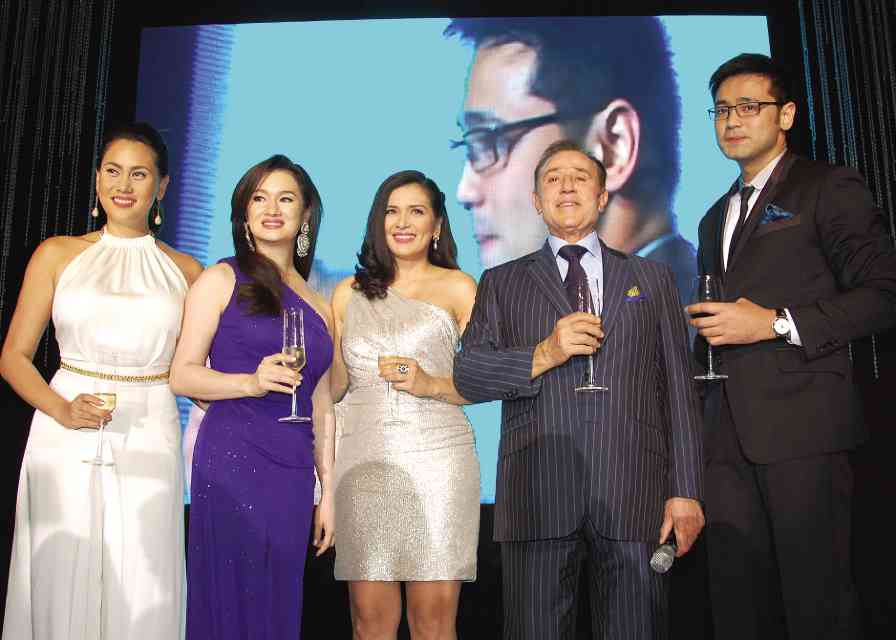 Why Dr. Zein Obagi left the House of Obagi

If Dr. Zein Obagi sounds dismissive of established marketing tools to promote skincare, the anecdotes shared by this world-renowned Los Angeles-based dermatologist and “skin health” expert seem to justify that point of view.

In a recent roundtable interview with lifestyle journalists organized by Belo Medical Group (BMG) at the Makati home of Dr. Vicki Belo, Obagi didn’t hide his disdain for pricey skincare products sold openly in department stores, as well as so-called beauty kits peddled on the Internet. BMG is the exclusive Philippine distributor of ZO Medical and ZO Skin Health lines.

“I’m not a marketer,” he said. “I’m not interested primarily in profits. I learned through the years by interacting with the people behind these cosmetics companies. Their wives and principals come to me for treatment. They don’t use their products.”

He also debunked claims that beautiful skin can be achieved by ingesting pills and drinks supposedly infused with retinol, vitamin A and collagen. Although these naturally occurring ingredients can be found in green leafy vegetables and fruits rich in antioxidants, very little is left for the skin once they are ingested, since most of these substances are first absorbed by other organs of the body.

“There’s injectable collagen,” said Obagi. “We can also inject fillers on the face, such as hyaluronic acid. But collagen applied directly on the skin doesn’t work because it can’t penetrate the skin. Even if you drink so-called beauty supplements loaded with collagen, they just go to the bathroom. Like meat, ingested collagen is broken down inside the body.”

But he doesn’t discourage people from eating fruits and veggies in colors such as dark green, yellow and red.

“You have to eat colors, and each color represents a particular antioxidant,” he said. “Don’t forget to drink plenty of water, and cut down on the sugar. Oh my God, sugar is poison!”

He warned against the clear and present dangers posed by glycation, which occurs when sugar and protein mix in the body. Over time, the condition damages the body’s major organs, including the brain and liver. The body may be able to burn sugar, but the fat it generates remains longer in the body.

Not only is bingeing on sugary desserts fattening; through glycation, it causes inflammation and reduces circulation in the body. People who eat plenty of sugar, he said, would not only die young, but would look worse while still alive because their skin becomes pale, dull and weak.

“There is something called eating, and there is something called tasting,” said Obagi, who, at 69, has managed to maintain the youthful glow of a man in his 50s. “If I want to eat cake, I don’t put a huge piece on my plate as if it were an entire meal. I would just take one or two small bites. Eat the good stuff. Just taste the bad stuff.”

Obagi, who was on an Asian swing, also stressed that he has severed his ties with Obagi Medical Products Inc., the company behind his 25-year-old Obagi Nu-derm system, due to differences in philosophy with its new owners.

While the company wanted more profits to satisfy shareholders by, among others, selling the products on the Internet, Obagi wanted to limit the products’ channel of distribution through qualified physicians charged with exclusively dispensing the system and monitoring patients’ progress.

During his Manila visit, for instance, Obagi devoted an entire day talking about his products to dermatologists. Although he never tires of sharing with colleagues various “protocols” in addressing specific skin-related problems, he also relishes regular exchanges with them. That was one thing he missed out on before.

“Skin health science, like any other science, is not static,” he said in an earlier press statement. “The need for improvement, expansion and continuous adjustment is not only essential, but also necessary in obtaining optimal treatment results.”

As the products’ exclusive distributor, BMG isn’t allowed to resell ZO to department stores and supermarkets. To facilitate proper monitoring, a qualified and trained physician dispenses everything, including the supposedly milder ZO Skin Health line. Obagi also warned against the dangers of self-medication.

“Based on my experience in the US, the Vietnamese and, to a certain extent, Filipinos are ‘very good’ at it,” he said. “For instance, I had a Vietnamese client who, after I made her look good, went into the clinic to buy five sets of ZO with the intention of selling them to her friends later on. We’re seeing plenty of disasters from these self-treatments.”

That’s why dermatologists who want to avail themselves of Obagi’s products for their patients have to first undergo training, either from Obagi or from qualified doctors from BMG. He and, by extension, BMG have nothing to do with the House of Obagi.

“ZO Medical is designed to meet medical conditions like acne, melasma, rosacea and sun damage,” he said. “It’s also a medical treatment before and after the patient undergoes lasers and peels. ZO Skin Health is designed for prevention and daily care.”

At the same time, while he was tied to his previous company, Obagi couldn’t forge ahead with the formulation of new products based on recent scientific advances.

Selling his company, which was responsible for producing the then revolutionary Obagi Nu-derm system, to a group of investors in 1997 was one of the biggest mistakes of his career.

Rather than see his influence continue to diminish in a company he no longer owns but which still carries his name, Obagi struck out on his own to form a new company a few years later. By 2007, as medical director of ZO Skin Health Inc., the outspoken pioneer had produced ZO Medical and ZO Skin Health lines.

“Obagi Nu-derm is still good, but it’s a product of its time,” he said. “ZO, which follows the same principles of addressing skin problems beyond the surface, and down to the cellular level, is based on the original principles I identified 25 years ago when I started—correction, stimulation and bleaching/blending.”

But at the same time, it also takes advantage of newfound principles not available in the ’80s, such as anti-inflammatory agents, DNA repair, barrier function enhancement and non-hydroquinone pigment control.

“Skin health is my passion, so I’m probably a tough critic,” he said in a press statement. “But the skincare industry faces some serious problems today. When so many skincare patients are treating themselves with products they purchased online, and so few are going to a doctor, something is wrong. The industry really needs to address the sale of products online so that patients will stop needlessly damaging their skin.”