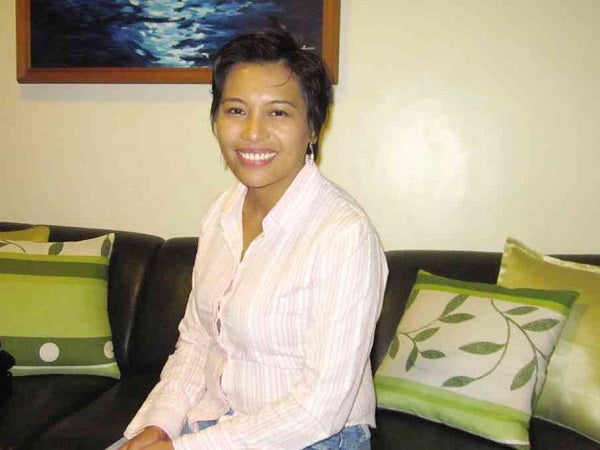 Banaue Miclat–from China to New York to the PH stage

Singing actress Banaue Miclat was born in China and spent her first seven years there, because her parents Mario Miclat (the writer) and Alma were leftist activists.

In the home, she and older sister Maningning spoke Tagalog, switched to Mandarin when they ventured out, and learned English in an international school there.

Eventually the Miclat couple rejected Maoism, grew disillusioned with the Communist Party of the Philippines headed by Jose Ma. Sison (he was, after all, alleged to have masterminded the infamous Plaza Miranda bombing in 1972), returned to the country in 1986 (the year of Edsa I) and to the Roman Catholic Church.

Miclat went on to take up Theater Arts at University of the Philippines (UP). She is now married to Dominic Janssen, a Tagalog-speaking Australian; they have an adorable baby, Maharadya, who Banaue calls “my grandest production.”

A Peta (Philippine Educational Theater Association) workshop on singing, dancing and acting was “the starting point” of her foray into theater, Miclat recalls. At Dulaang UP, she took on heavy roles like Gregoria de Jesus, Bonifacio’s wife, in Adrian Cristobal’s “The Trial” and as Desdemona in Shakespeare’s “Othello” under the direction of Antonio “Tony” Mabesa.

“The beautiful thing about Sir Tony is that he trains you to be an intelligent actor,” she says. “He will give you the blocking at ikaw na ang bahala (it’s up to you). He will tell you what is lacking, what is working, but it’s up to you to explore. It was my first Shakespeare and I alternated with Stella Cañete. I asked for her help and she was very helpful.”

A much more recent role was as Launsina, the mother of the hero in the Visayan epic “Labaw Donggon,” an Ateneo Entablado production directed by Jerry Respeto.

“There were a lot of dance workshops, a lot of movement,” Miclat says. “Sir Jerry was very kind; he would always listen when the students had questions. We would point out redundancies in the lines and he would explain that this was so the audience would understand, things like that.”

On to the Met

Miclat’s odyssey took her to New York, where she enrolled at the Brooklyn College of the City University of New York, and took up acting, directing, dramaturgy and stage design, all leading to a Master of Fine Arts (MFA) in Acting.

“It was a terminal degree,” she says. “It was equivalent to a combined MA and PhD.”

Her teacher, Robert Carpenter, told her that she had a voice for opera. Thus encouraged, she became a supernumerary (member of the acting chorus) of the Lincoln Center’s New York Metropolitan Opera, no less.

They were not expected to emote and sing everyday (it was, after all, a 4,000-seat theater with no amplification), and so in between, Miclat was able to do Broadway and off-Broadway musicals.

The singing actress is passing on to other actors what she has learned in New York; she calls it Voice Work. Specifically, it entails a workshop she has just done for the Theater Actors Guild (TAG), and will do for Peta in June.

“These are voice lessons, specifically the actor’s voice and speech,” she says. “In layman’s terms, we say projection. Take care of your voice so you can do even eight shows a week. In the event that you lose your voice, what do you do so that you will not suffer long-term damage?”

“The kind of Voice Work that I do also supports singing and, more than that, storytelling. Kasi as actors we are storytellers; sometimes we forget that. A workshop like this is very rare here.”

What have all these diverse experiences in her still young life taught her?

“The biggest thing that I have learned is that life is a process, a constant process,” says Miclat. “And the sooner we get to be comfortable in where we are supposed to be exactly, whether singing or acting…  then the more meaning we can give our lives.”