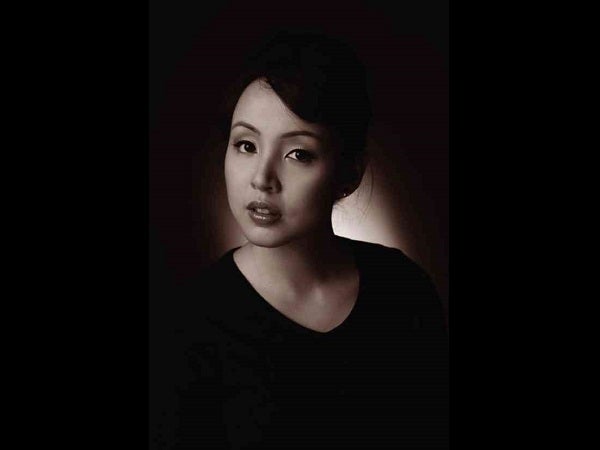 Cris Villonco has been cast in English and Filipino productions, plays and musicals, dramas and comedies, classic and contemporary material, in character and lead roles, and, earlier this year, even in a male role (well, a female cross-dressed as a male, as Viola/Cesar in Philippine Educational Theater Association’s “D’ Wonder Twins of Boac,” an adaptation of Shakespeare’s “Twelfth Night”).

But if life had taken a different turn, she would have been a politician by now.

“Pa-laos ka na,” was what her own mother told Villonco in her senior year of high school in the mid-2000s. This was an assessment of her entertainment career: flourishing as a child singer but stalling as a teenager that nobody knew what to do with.

Villonco first gained popularity through her appearances in “Aawitan Kita,” the seminal television show that featured kundiman and other Filipino song forms. Soon she was being hired to sing theme songs for various charities and organizations.

The exposure led to Time Magazine noticing her role in creating awareness for these various causes and selecting her as a “Hero For The Planet” in 2000.

Then it all fizzled. “My parents are always the first to give me the bad news. They have never protected me from pain,” she says, quashing notions that she lives in any kind of bubble.

It was decided that she would leave the entertainment industry and attend Sarah Lawrence College in the United States to take up Economic Development. “I wanted to eventually take up law and join public office.”

Upon her return in 2007, Villonco worked for two nongovernment organizations. Her life under the klieg lights was a distant memory—that is, until she decided to give stage lights one more try.

“It’s my first love,” she says. Villonco had done theater a few times when she was still in showbiz. In fact, her stage debut as Young Cosette in Repertory Philippines’(Rep) “Les Miserables” happened before she even started appearing on TV.

When she was a teenager, she’d also been cast in lead roles in Actor’s Actors Inc.’s “Five Women Wearing the Same Dress,” and in Musical Theatre Philippines’ “Alikabok.”

And she’d never really let go of performing even when she was in the United States, where she’d taken voice and music classes.

The seed planted by theater may have taken some time in taking root, but it sure bloomed with a vengeance when Villonco returned to it as an adult. In 2008, she broke into the scene in a very big way by bagging two lead roles—at the same time: as Ophelia in Rep’s “Hamlet” and as Zafira in Dulaang Unibersidad ng Pilipinas’ “Orosman at Zafira.”

“It was one of the craziest times of my life,” she says of traversing the city to get from one production to the other.

“I didn’t audition in both productions [and expect to get in] as a career move. I only went to the ‘Orosman’ audition because the actress who’d been cast as Zafira had to drop out and asked me to audition.”

Four more lead roles in different productions followed that year. By the following year, she had a citation from Philstage Gawad Buhay! for Outstanding Featured Actress for her turn as Ophelia.

And then, perhaps even crazier, she upped and left to work in Hong Kong Disneyland, because of a rough patch in her personal life.

“I have been privileged and blessed, but problems are problems. I was losing myself in my anger. I always feel what I want to feel at any moment. So I left,” she says.

Abroad, Villonco also found a renewed sense of self. “Hong Kong was where I really had my independent period. I discovered things about myself.”

The distance and space allowed her to reset, recharge and recalibrate a return path to Manila’s theater scene. And she’s been at it since then.

By 2011, she’d gained traction again, landing two plum lead Maria roles. She was cast as Maria Von Trapp in Resorts World Manila’s “The Sound of Music” and as Maria Clara in Tanghalang Pilipino’s “Noli Me Tangere,” for which she won the Philstage Gawad Buhay! for Outstanding Lead Actress.

“Cris is an addict,” she’s been described by a fellow actor. Not to drugs, but to working.

She takes it a compliment. “I’m overfocused and overdedicated. I’m proud to say I’m a hard worker and that I prepare for productions so that I will know my stuff. That’s what’s gotten me to where I am, contrary to what people say behind my back.”

Assumptions and speculations (still) abound when it comes to Villonco, usually in relation to her family background: that her family pays productions for her to get in, that she doesn’t have to audition because of her family’s clout.

“But people see me waiting in line for my turn!” she says, shaking her head and laughing.

Her family is, for better or for worse, inextricably part of how the public (still) identifies and perceives Villonco. It can be argued that, when she was a young performer, her popularity—talent notwithstanding—was partly fueled by the fact that she came from a line of newsmakers all in their own right.

A connection to their names is nearly always highlighted in even the most casual of media interviews with Villonco, simultaneously highlighting and shadowing her. But the challenges are real for this actress, who says she’s had her share of being rejected because of her fair skin, or perceptions that she can’t speak Tagalog.

“I guess sometimes, based solely on looks, directors can only imagine casting me as the rich ‘tisay’ or a sacrificial virgin. In real life, I’m a cowboy,” she laughs.

“And when people are surprised I can speak Tagalog, I think to myself, ‘After 20 years of singing on ‘Aawitan Kita’ and having my grandmother reprimand me whenever I mispronounced Tagalog words, malamang!’”

There is no time, however, for Villonco to dwell on things beyond her control. “You win some, you lose some. And I’ve lost a lot. But one moves on.”

What she does manage is the way she commits to and handles her career. And given that she started off as a singer—surprise, she prefers doing plays.

“Because with plays, I don’t have to think of or take care of my singing voice. I’ve always considered myself an actor more than a singer. When I have singing roles, my singing choices are actually based on acting decisions.”

But whether doing musicals or plays, typically for Villonco who’s blessed with photographic memory (“I memorize every period, every comma, every ellipsis of the script”), once she’s done reading and learning the music, it’s followed by immersion in the rehearsal process.

She adds: “I like to get to the core of my character, of the scene, of the story. I have strong opinions and sometimes I need a director to break me before I can figure out the character completely. It’s difficult but it’s a nice feeling.

“I like the torture. I thrive on it. I need to suffer before I can achieve something. I feel like if it’s been too easy, I didn’t explore all of the aspects of my role.”

Given her resumé so far, exploration is definitely a theme that threads through Villonco’s theater career: “I try to always attend workshops or training. Theater is constantly evolving, and so do techniques and methods. You have to keep finding out new things.”