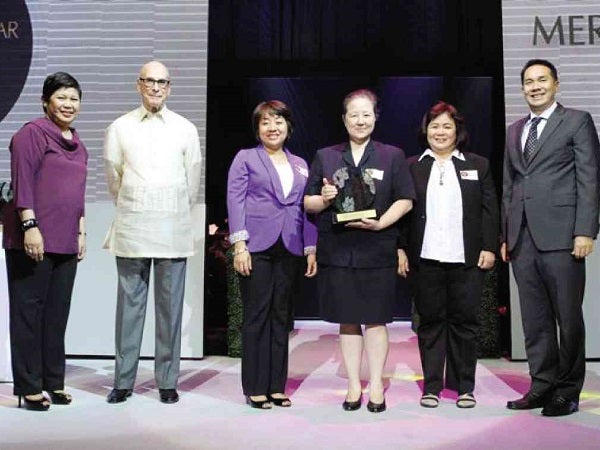 The Awards Night took place at the Glorietta Activity Center, Palm Drive, and was attended by the country’s most respected retailers.

The trophies given out to all awardees during the night were especially designed by Jaime Zobel de Ayala.

The Most Promising Retailer award was given to the following stores: Lemon Grass for Ayala Center Cebu; T’nalak Home for Abreeza; Dakasi and Paws Around Town for Marquee Mall; Cotton On Kids for TriNoma; Yosi Samra for Alabang Town Center; G-Star Raw for Serendra and Bonifacio High Street; Moshi Koshi for Market! Market!; Burger Bar for Greenbelt; and Vanilla Cupcake Bakery for Glorietta.

The most awaited and most coveted Grand Store of The Year award was presented to Nike Philippines, for their exemplary efforts and performance in store operations.

The annual Merchant Rewards celebration is hosted by the Ayala Malls as a way of recognizing and thanking its valuable merchant partners who continue in helping them provide the best and most unique lifestyle and shopping experience to their patrons.