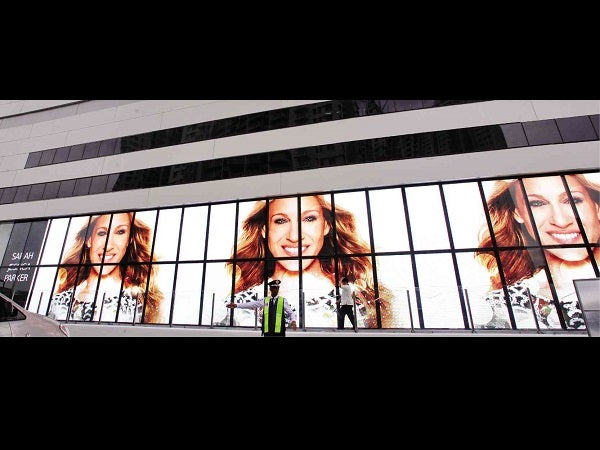 International screen and stage actress and style icon Sarah Jessica Parker is the new face of the SM Store, which aims to bring great design and great retail to new heights with its “Love to Shop” campaign.

The campaign is timed with the opening of what is envisioned to be the next generation of SM Stores at SM Aura Premier, a world-class mall, which redefines the retail and lifestyle scene in the country. Stylish, upmarket, and geared toward more elite, fashion-conscious Filipino customers, the new SM Aura Store is all about sophistication and glamour.

As the new face of the SM Store, SJP brings to Manila her love of shopping as expressed in her incredible fashion style. She is well-known for being experimental in her fashion choices, ranging from elegant designer gowns to casual street fashion and even sportswear.

Her collaboration with SM in its “Love to Shop” campaign is a perfect fit, as the chain begins to launch its new generation of stores. Her personal style celebrates the SM Store’s passion for fashion, as well as its wide assortment of merchandise.

SJP is one of the very few Hollywood personalities who can pick anything in the store, expensive or affordable, and look awesome in it. Many Filipinos can identify with her as, like them, she loves to shop.

Parker, who played Carrie Bradshaw in the HBO television series, “Sex and the City” (1998-2004), has won four Golden Globe Awards, three Screen Actors Guild Awards and two Emmy Awards. She served as a producer and reprised her role in the screen adaptation of the hit series with the theatrical release of “Sex and the City” and “Sex and the City 2.”

In the fall of 2013, Parker will return to the stage in the world premiere of “The Commons of Pensacola” by Amanda Peet, opposite Blythe Danner.

Past film credits include “I Don’t Know How She Does It,” “Did You Hear About the Morgans?,” “Smart People,” “Failure to Launch,” “The Family Stone,” “State and Main,” “Mars Attacks!,” “Ed Wood,” “The First Wives Club,” “Miami Rhapsody,” “Honeymoon in Vegas” and “Footloose.”