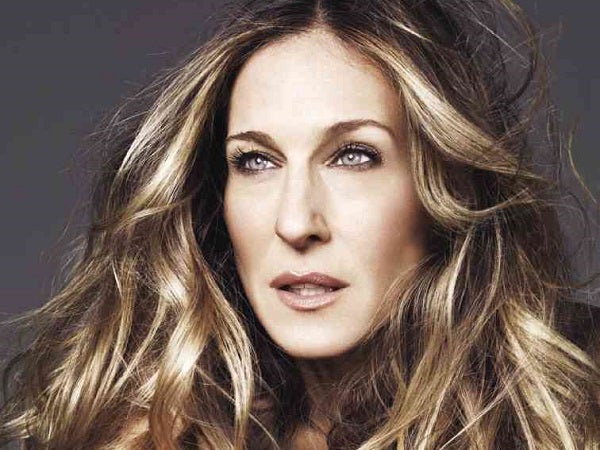 PARKER, also known by her initials SJP, is the new face of SM Store.

Gate crashers descend on SJP event–or at least, they tried

The week that was clearly a Sarah Jessica Parker (SJP) week also saw a lot of the city’s Usual Style Suspects (USS) wanting their “claim to SJP fame” moment. But the SJP team, apparently, was such a stickler for schedule so that our USS weren’t able to wedge themselves in, not even for photo ops.

One of them tried to barge into SM Aura’s Prestige Lounge where interviews with SJP, arranged way before her arrival, were being held, and claimed that he/she had a one-on-one set. The SM team had to say courteously that the (very) short list of interviews had been set long before and unfortunately, he/she was not on it, and that it was the SJP team that had a good say on the matter.

Even in an era when “reporters/writers/editors” and bloggers love to plaster their faces alongside those of celebs they encounter (not even to interview, in fact), the above wasn’t able to worm himself/herself in.

Apparently, there were so many other “claimants,” one of whom even announced that she/he had been tasked by SM to show SJP around town. In fact, SM did not, given SJP’s speedy visit here. Not even SM’s Sy family, who invited the Hollywood A-lister to be the face of its SM’s “Love to Shop” campaign, made such claims.

What an SM insider found notable, however, was that the retail giant’s staff and executives, who, in fact, worked with the SJP team and came in close contact with her, didn’t even have their photos taken with her or splashed on Facebook and Instagram.