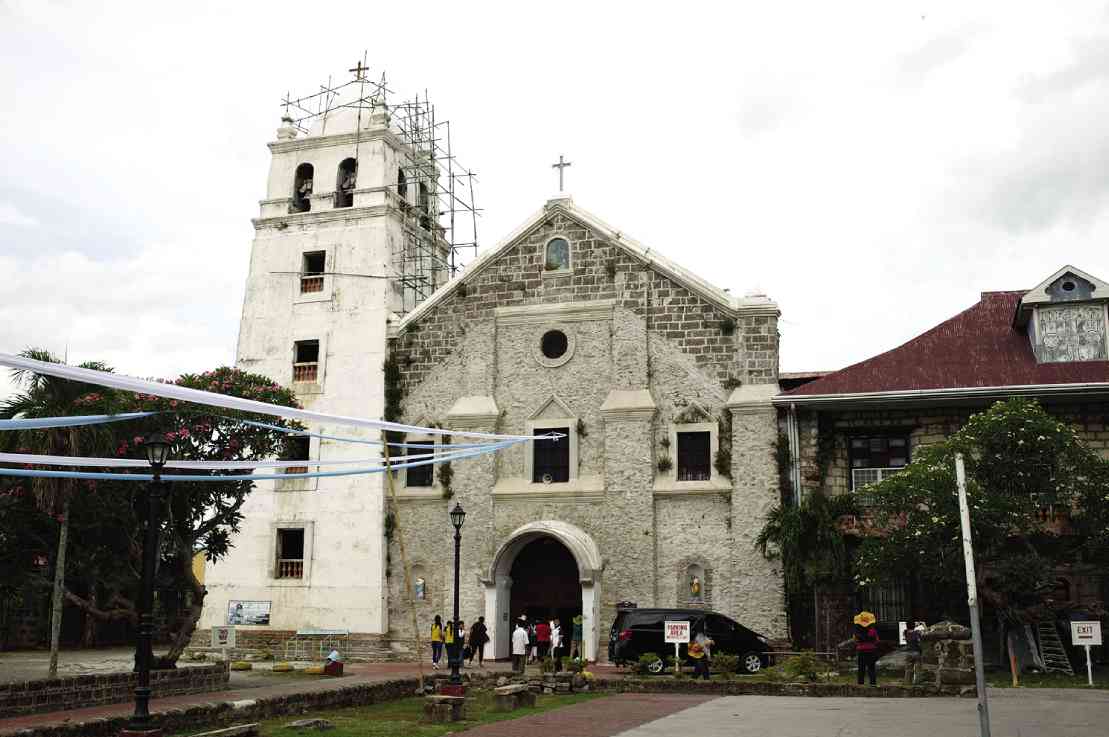 OUR LADY of Assumption Parish Church in Maragondon, Cavite

This year’s National Heritage Month celebration will focus on the traditional Santacruzan and Flores de Maria.

The Santacruzan reenacts the finding of the Cross of Christ in the Holy Land by Queen Helene, the mother of Emperor Constantine. Flores de Maria is a Marian floral feast.

May is National Heritage Month, through Proclamation No. 439 signed on Aug. 11, 2003, “in recognition of the need to create among the people a consciousness, respect, and pride for the legacies of Filipino cultural history, and love of country.”

Leading this year’s celebration is the Filipino Heritage Festival Inc. (FHFI), with support from the National Commission for Culture and the Arts (NCCA).

“May is the month of the Flores de Mayo and the Santa Cruz de Mayo,” says the FHFI. “While both are popular devotions, they have separate historical narratives and practices. However, in the course of the centuries, both devotions merge on May 31 into one grand pageant called Santacruzan. So while the Santa Cruz de Mayo is losing its meaning, the Flores de Mayo is fast losing its name and essence.”

This year,  FHFI will feature a version of the traditional Santacruzan unique to Pampanga—the Sabat, which is also known as Goydo-goydo (after Goy do Borgonia, successor of Emperor Constantine).

According to FHFI, “Sabat is a version of the Santacruzan in which costumed performers interrupt the procession to challenge the sagalas and their consortes to a duel, either through verbal joust or a swordfight. It is a reenactment of the ambuscades that infidels (Moros) launched on the Crusaders as they returned to Europe after finding the Holy Cross.

“The Santacruzan itself, before it degenerated into a pageant of beauty queens and starlets, used to be a novena procession commemorating the finding (not the search, because Reyna Elena is already holding it!) of the Cross of Empress Helena and her son, Emperor Constantine, in Jerusalem.”

Pampangans have three great festival seasons: Christmas, Holy Week and May. In May, the most spectacular in terms of costumes and community participation is the Sabat Santacruzan.

The romantic elements in the story, which repudiates the notion of Christians subjugating Muslims and implies the equality and ultimate union of all religions, resonate among Pampangans who, in 1571, gave up Islam to embrace Christianity.

For this year’s Heritage Month celebration, FHFI partners with Kuliat Foundation, Inc. to revive the Sabat Santacruzan on May 22 (4 p.m.) at Museo ning Angeles in Angeles City, Pampanga.

Romeo S. Rodriguez will provide a guided script for the Sabat Santacruzan detailing the characters.

The FHFI will also hightlight the Batangas versions of the Santacruzan and Flores de Mayo.

FHFI says it is partnering with Kalinangang Batangan “to take the event a step farther by reviving the devotion of  Flores de Mayo that traditionally precedes the Santacruzan.”

A script in the traditional Batangas Tagalog poetry form introduces   Biblical characters and defines the Blessed Mother’s role in the history of salvation.

Tarpaulins or streamers with the names of the biblical characters and Marian titles will take the place of arches usually carried overhead.

Thus, the procession will be a short colorful lesson on biblical personages that played   roles in the story of Jesus and the Cross.

“Heritage churches have been at the forefront of Philippine history as a tool in furthering Christianity in the archipelago,” says the foundation.

“The Philippines is home to hundreds of centuries-old Spanish colonial churches, 36 of which have been declared  National Cultural Treasures. Most of these churches were built during the Spanish colonial rule and are mostly a fusion of European and Asian architectural motifs.”

Presidential Decree No. 374 describes a National Cultural Treasure as “a unique object found locally, possessing outstanding historical, cultural, artistic and/or scientific value which is significant and important to this country and nation.”

The heritage pilgrimage, says  FHFI, “aims to promote awareness for the sites for their historical, artistic and architectural interests,” and “it also strongly recognizes and acknowledges that these 36 heritage churches have a strong tradition of religious meaning—for devotion, healing and spiritual significance for the majority of the Filipino people.”

La Asuncion de la Nuestra Señora Church is an Augustinian Recollect church which features intricate galleon and floral motifs in its pulpit and church doors. Much of the church, bell tower and lower portion of the convent are made of river stones. The church also features a distinctive horseshoe-shaped communion rail.

La Inmaculada Concepción Church was built in the early 19th century by the secular clergy, with later touches by the Augustinian Recollects.

The interior has not changed much since the 1870s, based on an existing print.

The heritage pilgrimage also went to Taal in Batangas, a charming town with numerous ancestral houses, many of them historically significant, and visited  Our Lady of Caysasay National Shrine at  St. Martin de Tours Minor Basilica.

On May 20,  Pahampang Pinoy, a demo and exhibition of traditional games, will be held in Bacolod City, Negros Occidental, at 3 p.m.

Works of the Camera Club of the Philippines are also on exhibit till May 24 at SM Southmall.

FHFI will also mount “Eskultor ng Bagong Lahi: A Retrospective on the Life and Works of National Artist Guillermo Tolentino” at the Old Senate Session Hall of the National Art Gallery. Exhibit will open May 30.

Meanwhile, the NCCA’s Subcommission on Cultural Heirtage (SCA), headed by Regalado Trota Jose, is holding its own series of activities to mark National Heritage Month.

SCA is holding heritage clinics in Saranggani, Cebu, and Apayao, among others, and the fourth Tam-awan International Arts Festival in Baguio City.