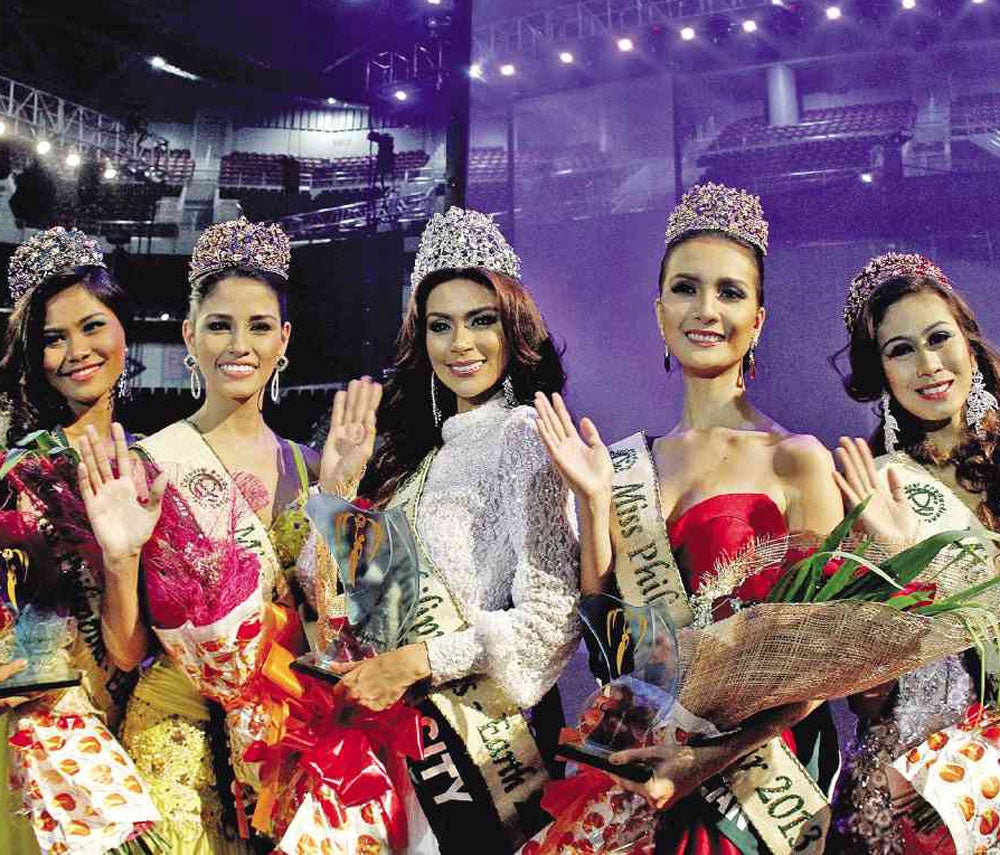 MANILA, Philippines—She definitely looked lovelier the second time around, and the judges couldn’t have agreed more.

Thus did Angelee Claudette de los Reyes of Olongapo City charm her way to the Miss Philippines-Earth crown on her second shot at the title, edging out 46 other aspirants in a fast-paced coronation night held at the MOA Arena in Pasay City Sunday night.

De los Reyes, a 25-year-old nursing graduate, first joined the Miss Philippines-Earth pageant in 2009 but failed to advance to the semifinals. She had to settle for the Best in Talent award.

This time around, she bagged the lion’s share of special awards during the preliminary competitions, garnering the highest aggregate score with four gold medals—for Best in Swimsuit, Cooking Challenge, Darling of the Press and Catwalk/Styling Challenge—and a silver medal in the talent competition.

The 5-foot-6 stunner who also received the “Beauty with a Cause” award, will represent the Philippines in the international Miss Earth competition later this year.

“This victory means a lot to me,” De los Reyes told the Inquirer after her coronation. “It’s a life-changing experience. And it’s a time for me to represent our country in the Miss Earth pageant. I’ll prepare for it and focus on it 200 percent.”

She added: “I will use [my title] to help the youth (get) involved in environmental campaigns and educate them in ways I can.”

De los Reyes’ response during the final round of questions earned her deafening applause and cheers, sealing her hold on the coveted title.

F1 Hotel general manager Lawrence Peña asked her what other criterion she would add to the competition, aside from beauty of face, figure and intelligence.

De los Reyes responded: “I will add a good heart or a genuine heart to take care of the environment. Because the Miss Philippines-Earth (winner) is here to tell the world that they must take care of our environment, not only for ourselves but also for future generations.”

Her title comes with a P500,000 management contract with pageant organizer Carousel Productions, P50,000 worth of jewelry from M. Lhuillier Jewellers, a P100,000 travel package from Cream Silk, an “earth-friendly” laptop from Redfox, a weeklong stay at the F1 Hotel Suite, a solar-powered lantern called “Solera,” plus products and services from MyPhone, Ever Bilena, Alberto, Charms&Crystals by Joy Lim, Gold’s Gym, Jancen, Skechers and Canon.

De los Reyes is a veteran of beauty pageants, having joined local, national and international competitions. She was a Binibining Zambales title holder, a Mutya ng Pilipinas semifinalist in 2007 and Miss Bikini Philippines in 2011. Last year, she was proclaimed a semifinalist and Best in Long Gown in the Binibining Pilipinas pageant.

Among the panel of judges were internationally recognized fashion designer Michael Cinco and “America’s Next Top Model” producer Michael Carandang.