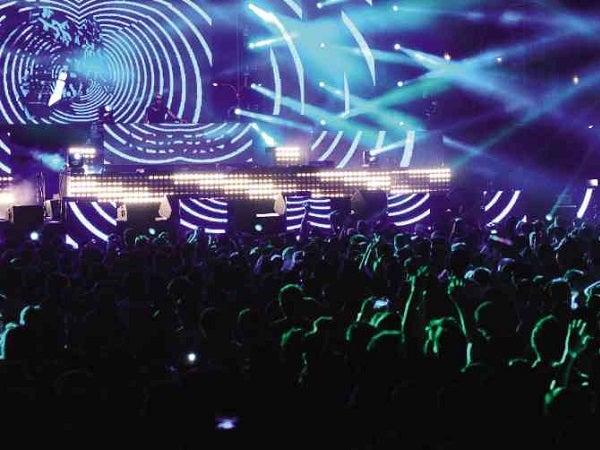 A hot, grand party to remember

Ten performers, one stage, and sunset-to-sunrise partying. Close-Up brought together local and international performers for a hot, grand party—the “Summer Solstice” concert that rocked the Mall of Asia open grounds recently. It was headlined by Grammy-award winner DJ Afrojack.

The event was dubbed a “12-hour, 4 p.m.-4 a.m. gig.” It started a bit late, but we didn’t mind. Rain clouds threatened to shower on the open-air venue, but the weather somehow cooperated.

It was a gig with three parts. The first set, dubbed Philippine Rock Heroes, featured Urbandub, Sponge Cola and Sandwich.

Cebuano rock band Urbandub opened the show at sunset, playing its own hits including the fitting “First of Summer.” The crowd sang along as Sponge Cola performed “Tuliro.” Lead vocalist Yael Yuzon climbed up the tech tent to reach out to the audience at the back. Sandwich sang its standards, and some songs from its new album “Fat, Salt & Flame.”

Close-Up brand manager John Imperial said coming up with a major gig was a first for the toothpaste brand.

“Music has always been part of Close-Up,” he said. “The brand had memorable themes from its commercials.”

These songs have become videoke staples like “Closer You and I” by Gino Padilla and “Just a Smile” by Barbie Almalbis. The newest Close-Up theme is “Moving Closer,” by the band Never the Strangers.

Putting up a music festival for summer is a fun way for the brand to communicate with its audience. Some years back, Close-Up mounted “Lovapalooza,” a Valentine’s Day gathering of kissing couples. Summer Solstice celebrated the music of the youth and provided a venue for international artists to perform.

“We featured different genres from Pinoy rock, house, pop,” Imperial said. He said the crowd, based on released tickets, reached 10,000.

There were hardly introductions between sets; the groups played and the crowd partied.

Highlight of the night was Dutch DJ Afrojack playing “As Your Friend,” his new track recorded with Chris Brown. Afrojack won a Grammy in Best Remixed Recording, Non-Classical for “Revolver (David Guetta’s One Love Club Remix).”

Will Summer Solstice be an annual thing for Close-Up? Imperial said it’s a possibility.