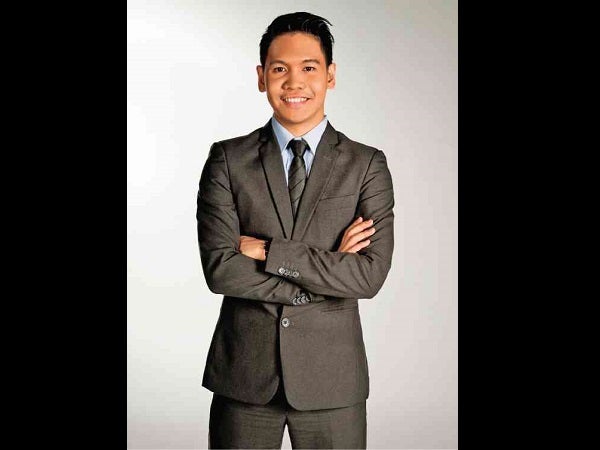 Out of the 30,000 applicants to “The Apprentice Asia” reality series, only a dozen made the cut. It’s certainly no “luck of the draw,” as their stellar backgrounds (and the stringent selection process) would prove it. Among these hopefuls are food and beverage consultant Celina Le Neindre and top marketing maven Jonathan Allen Yabut— both talented, articulate, and proud to be Pinoy.

Super caught up with the dynamic duo after the exclusive sneak preview of “The Apprentice Asia’s” season premiere, which was recently unveiled before local and regional press at the Hilton Kuala Lumpur in Malaysia. When you get to pick their brains in person, one would see that they’re much deserving of the plum opportunity to be Tony Fernandes’ apprentice.

Celina may be of French-Filipino descent, but she declares that “my heart is purely Filipino.” Having graduated from the Master Chef program of the Philippine School of Culinary Arts, the former model worked as an F&B consultant for a steakhouse and even ran her own pasta bar for three years, prior to joining the show.

“For me, she’s the most strong-willed in the women’s team, and I always tell her this because a lot of the women are insecure about her,” Jonathan said. “I’m really proud of her; I can’t imagine a different Filipino woman in the contest.”

Jonathan’s portfolio is no less intimidating. In just eight months, the 27-year-old UP Economics graduate successfully launched a new pharmaceutical brand and broke his company’s record across 30 countries in terms of volume and sales. He also received the 2012 Mansmith Young Market Masters Award as one of the top seven Filipino marketers under 35.  “Jonathan is our Wikipedia for ‘The Apprentice’ episodes; he knows absolutely every episode, so he knows what he’s talking about,” Celina said of her kababayan. “He’s done his research, and that’s what got him a lot of respect from other people. This guy came prepared despite being the youngest.”

They may be rivals, but it’s evident that Celina and Jonathan work well together, on- and off-screen. They even finished each other’s sentences during the interview. “You will see it in the show, when we combine [forces], Celina complements. It’s like magic,” said Jonathan. “I think there was one interview where Tony was asked what he thought of the Filipinos in the competition. He said, ‘I am very impressed.’”

There can only be one “Apprentice,” but whether or not one of them lands the job, we’re rooting for them all the way.

Here are more excerpts from the interview.

On Filipino traits that gave them an edge on the show:

Jonathan (J): “For me, one thing is maabilidad, because we’re always used to coping with things that don’t turn out the way they’re supposed to.

Celina (C): “Yes, I have to agree. It’s adaptability. And resourcefulness.”

J: “Mapapansin mo sa amin na most of [the candidates], when they can’t find something for a solution, either they would give up or find a different solution…”

C: “Based on what they know only.”

‘There has to be way’

J: “Pero yung mga Pinoy, ‘There has to be a way, eh.’ Ganun mag-isip ang Pinoy . The way OFWs are very resourceful is the way I think the Filipinos on the show are like. So, that’s one. Number two, I think Celina and I are the most nationalistic on the show. Like, whenever we go to a boardroom session, I will go there not because it’s for myself, but because I carry the flag. I didn’t see that much in any of the contestants.”

C: “They’d make jokes about it. Like, ‘Is it really true that all Filipinos are so proud?’ We’re Filipino. We’re proud of our food, culture, cities—we’re proud of a lot of things that are Filipino.”

J: “[The people on the show] didn’t know much about the Philippines till we came.”

C: “They were like, ‘Wow! You guys are very charismatic. You have a lot of talent.’ We love singing and dancing. We always try to make fun of stressful situations.”

C: “I have to mention this because this is something I read about Tony Fernandes. He has a never-say-die attitude; many times in interviews, it keeps coming up… ‘I have that never-say-die attitude; I am someone who never gives up.’ So, for me, that is what takes you to the end. It’s what makes you different, what keeps you in the running and makes you succeed. Never give up. Keep going for it. Don’t allow yourself to fall, and if you do, stand right back up and keep going.”

On Tony Fernandes as a (potential) boss:

C: “Being a modern kind of mind in an Asian economy, he really comes in with great and new ideas. He changes things around, and he’s not afraid of being himself and saying what’s on his mind. He’s not afraid of  being just who he believes he should be, and I think that’s very inspiring. For me, that was the best thing about meeting Tony because you get to know him personally. You realize, wow, this is a really charismatic, fun-loving person who is also very goal-oriented, and part of his success comes from who he is and how he drives through life. He knows when to be serious, and he knows when to have fun.”

C: “It comes up quite often in the show, so watch each episode to find out. I think it applies to everyone in any business: You gotta love what you’re selling. That’s the number one rule. If you don’t believe in what you’re selling, you’re not gonna make the sale. Wala kang pwedeng ma-uto.”

On hiring and firing:

J: “If I were to fire someone, I’d say, ‘You’re not ready yet,’ because I think everyone has the potential. Everyone is a diamond in the rough. But, it’s just a matter of whether or not you fit in [Tony’s] company; he’s looking for a certain characteristic from a person. So, it could be you’re already good, but you’re not the person for the position and you still need to harness that.”

C: “It’s true. It’s not a competition about who’s the best; it’s about who fits the profile that they are looking for. That’s why you always have to remember, walang hindi magaling dito. Everybody respects everybody else, because we realized that either you fit the profile or you don’t, but it doesn’t mean you’re worse or better. You don’t compete with other people; they’re all different. Once you accept who you are and who they are, then you’re actually competing against yourself and you’re trying to break the past record that you’ve had. I think that was really what happened on the show, and for me, that was the best lesson.”