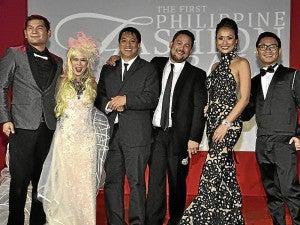 Unless you live in a cave with no media access, you all know how Paris Hilton was the biggest storm to hit Manila since “Ondoy.” I was part of the crowd that wanted a glimpse of the world-famous blonde, so I headed to the opening of her flagship bag shop in Megamall.

Thanks to my SM connections, Annie Garcia and Lou Bognot, I was able to bypass the mass of shoppers and check out Paris’ bags, and even have a quick chat with Paris herself. Fila Philippines’ CEO Cris Albert and I attended the launch at the Mega Atrium.

Cris and I came from a planning meeting for the upcoming Red Cross Ball. Fila has generously supported the project and will be celebrating its 100th anniversary at the ball. 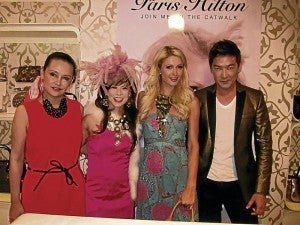 I was tempted to wear a blonde wig to meet Paris, but decided on another color at the last minute. There should only be one blonde having fun at any one time or event.

Besides, I had just recently been a blonde, at the recent First Philippine Fashion Ball held at the Rigodon Ballroom of The Peninsula Hotel Manila. We had a brief Paris sighting that same evening as she headed up to her hotel suite, surrounded by a cordon sanitaire from Century Properties.

Seeing that the famous blonde had left The Lobby, I played an infamous blonde surrounded by my own bodyguards—the hottest male models and show-biz cuties from the Fashion Ball.

It’s too bad Paris did not have time to grace the Fashion Ball. She would have witnessed the best of the best haute fashion in the country, together with all the movers and shakers of Philippine fashion from make-up artists to stylists, models, fashion editors and designers. 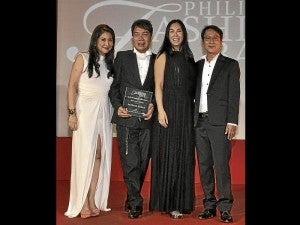 For the first time, the industry’s most celebrated names were honored and given due recognition for propelling Philippine fashion to greater heights. Inspired by the Metropolitan Ball, the fashion equivalent of the Oscars, the Fashion Ball paraded the most elegant black and white ensembles designed for celebrities by our local fashion geniuses.

Phoemela Baranda, president of the Professional Models Association of the Philippines, was overwhelmed at the support of her fellow models and the rest of the top fashion industry players. Past PMAP presidents were also recognized for diligently serving the organization since its founding in 1987.

Camsur Ironman finisher Ronnie Asuncion was honored with a plaque for being the first PMAP president. We were both still a bit sore from the race, held just the day before. Iron lady and model Gem Padilla was also at the affair to present the award to fellow model Marina Benipayo. Other awardees include Inno Sotto for Fashion Design, Jun de Leon for Photography, Jackie Aquino for Fashion Direction, Patrick Rosas for Makeup & Grooming, and Henri Calayag for Beauty & Style.

The overexcited fashionable set was a bit chatty, but my co-host Rajo Laurel and I kept the energy level high as we capped the night with the Lifetime Achievement Awards. 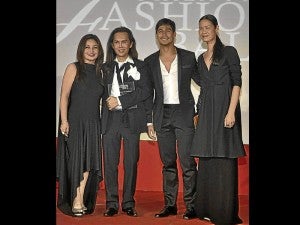 Jane Dee, regional manager of Belvedere Vodka, made sure all the guests were enjoying their premium vodka all through the awarding ceremonies and at the after-party with hip music by DJ Mars Miranda.

Part of the upcoming Red Cross Ball is the 50th anniversary of Slim’s Fashion School celebration, and we will be organizing a special fashion show of selected graduates. Ezra will be one of the designers, as well as young and talented Martin Bautista. We are all getting so excited for that.

Beauty, fashion and charity will also present be present on Sept. 22 at the 2011 Best Dressed Women Annual Awards Ball at the Rizal Ballroom of the Makati Shangri-La Hotel. This annual ball raises funds in support of the Philippine Cancer Society. 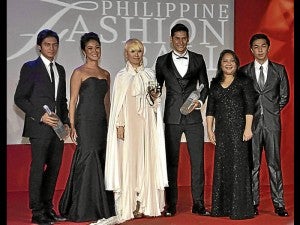 August is traditionally known as the ghost month, but it has been anything but ghastly so far. On the Double 8, two weeks ago, Swatch threw a lucky polka-dot party to display its new spotted watches, and matched the timepieces with Margarita Fores’ themed menu.

The Swatch Interactive Billboard at Greenbelt 5 was transformed into a roomful of dots where my youngest daughter Athena played next to a giant spotted ball. She and birthday girl Chloe de la Merced went home with the Dots & Tots Awards.

Exceptional Cebu designer Jun Escario gave me a smashing, dotted angular jacket, which won the “Most Dotted of the Night” Award. My eyelashes with dots also help convinced the judges.

Actress Nikki Gil showed off her Grade 1 hula-hoop princess skills, walking off with that contest. And in the balloon-blowing contest, Divine Lee, my co-host on “Extreme Makeover Home Edition,” showed us what her lungs are made of.

It was a fun event, with team names like Memory Spot and Blowing Balloons. If only Paris had been there…