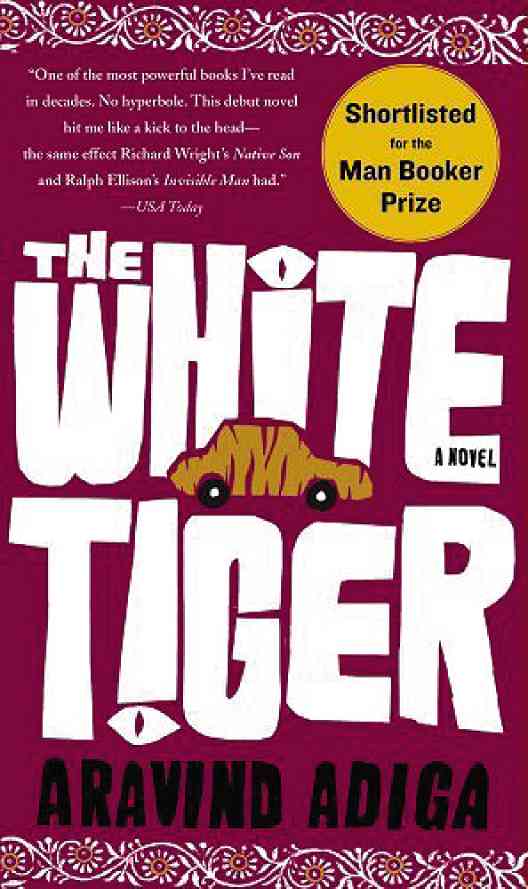 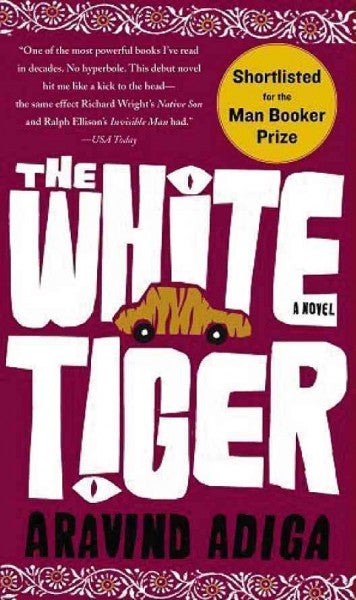 In recent years, Indian novelists writing in English, led by Salman Rushdie, have risen to the fore in world literature, winning prestigious prizes, keeping pace with Latin American writers, and keeping their Anglo-American counterparts at bay.

Rushdie’s masterpiece, “Midnight’s Children,” has been adjudged the Booker [Prize] of all Bookers. The tome “A Suitable Boy” by Vikran Seth won the Commonwealth Writers Prize, and was notable for its memorable characterization and vast canvas: India on the threshold of  independence in 1947.

Arundhati Roy’s “The God of Small Things” was a beautifully depressing novel about the barriers to love imposed by the caste system.

And now comes yet another debut novel (and Man-Booker Prize-winner), “The White Tiger” by Aravind Adiga, 38, a former Time correspondent.

“The White Tiger” is a picaresque, epistolary novel, entirely in the form of a laptop memo from the narrator Balram, a brash young man wanted for murder, to the fictional Chinese premier, Wen Jiabao, who is going to visit India, China’s economic rival.

As Balram narrates, it is the story of how he “was corrupted from a sweet, innocent village fool into a citified fellow full of debauchery, depravity, and wickedness.”

Author Adiga strives for psychological rather than factual truth.

Balram is the brightest in school. A visiting inspector hails him as a “white tiger,” meaning, the rarest of creatures who comes only once in a generation. A scholarship is dangled before him, but his tyrannical grandmother puts him to work as a janitor in a tea shop.

The narrator declares bitterly: “…the desire to be a servant had been bred in me… hammered into my skull, nail after nail, and poured into my blood, the way sewage and industrial poison are poured into Mother Ganga.”

He becomes a driver and later an entrepreneur, with his misdeeds weighing upon him.

The author depicts two Indias: one of Light and Darkness. The Darkness covers large tracts of countryside ruled by the Great Socialist.

The capital of New Delhi is supposed to represent the Light, but this is misleading. For, along with its call centers and five-star hotels, Delhi has pollution, traffic jams, reckless drivers, beggars, and wretched slum and street dwellers.

The supposed Indian “paradise” is mocked.

India is a land of privileged, Westernized landlords; a large, educated middle-class, and an even larger marginalized sector of exploited tenants; corrupt politicians, rigged elections and flying voters. (Aray. Did I hit a nerve here?)

There is the imagery of the Rooster Coop, with the roosters (people) pecking at and wounding one another. Balram is a rooster who wants to escape from the Coop, by fair means or foul.

“The White Tiger” is a cri de coeur, an outcry against India “and her many injustices” (as one reviewer put it). It is cynical, caustic, eloquent, smart-ass, exaggerated perhaps, but irresistible and unputdownable.