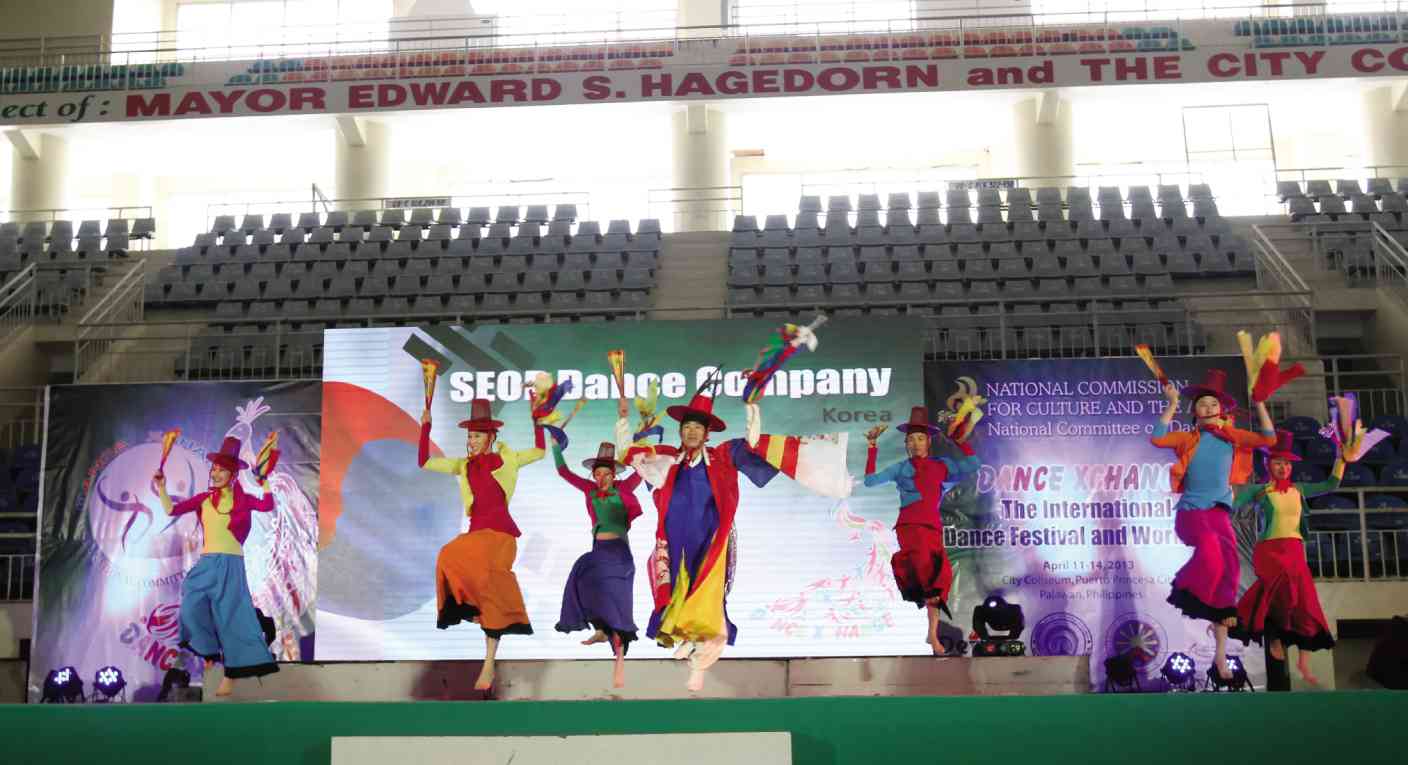 “We also tell a story when we perform. If you have noticed, we seem to be walking inside mines with some of our performances,” Swaartbooi said, explaining that mineral mines were an identifiable feature of Africa.

Indeed, during the performance, Swaartbooi, with younger members of Women Unite, a vocal and percussion group she founded in 1997, rhythmically stamped her feet with the group while slightly crouched.

Aside from embedding culture in its act, the  group also seeks the empowerment of women, particularly through dance and music, to combat modern-day illnesses such as AIDS, domestic violence and drug abuse.

Meanwhile, contemporary dance was showcased through the performances of EA & EA Dance Duo of Spain.

In “Entomo,” a contemporary dance duet, Elías Aguirre and Álvaro Esteban brought a new experience to appreciating nature through dance.

“Our dance is based on our observations of nature, particularly insects,” said Aguirre.

“Our style is to be like insects. We should feel when to be observant, when to run, when to be agitated,” said Esteban.

England’s Big Dance Company was back again in Manila with a James Bond-inspired number.

Also exciting the crowd were two dance groups from South Korea—SEOP Dance Company and Park Sung A Dance—which brought spontaneous delight when they jumped and jived to the global pop hit “Gangnam Style.”