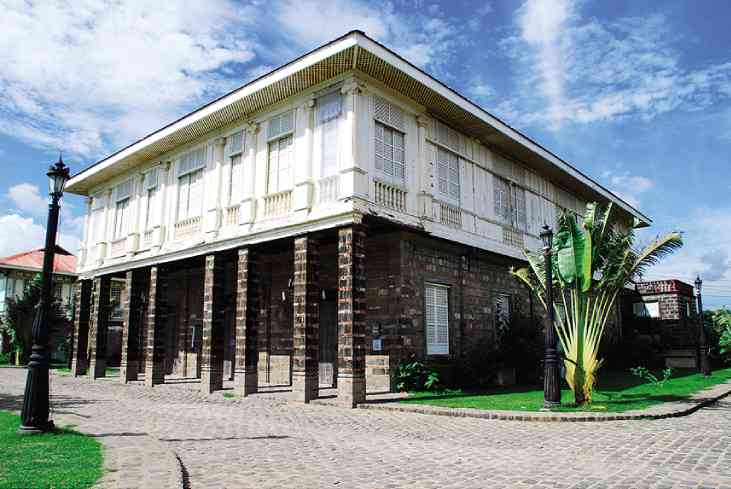 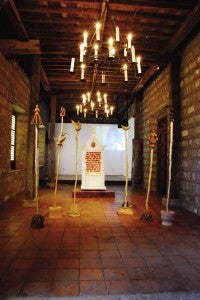 A select group of artists, collectors and friends assembled to hear a few words from   Jaime C. Laya. The occasion was the opening of the show of three installation works by Geraldine Javier, Renato Habulan and Alfredo Esquillo Jr.

Enriquez was the first  director of the University of the Philippines School of Fine Arts. Though a full-blooded Spaniard, he considered himself Filipino and supported the Philippine nationalist cause.

His parents were Spanish immigrants who settled in Naga, Camarines Sur. He was educated at Ateneo Municipal and pursued his artistic studies at Academia de Dibujo y  Pintura under the direction of Agustin Saez.

In 1869, he studied law in Madrid, and after obtaining his license he enrolled at Academia de Bellas Artes de San Fernando.

In Spain, he became a well-known painter. He moved to Paris in 1879 and stayed there for eight years, painting portraits. He maintained a close association with John Singer Sargent.

Enriquez returned to the Philippines shortly before the outbreak of the Philippine Revolution. He personally witnessed the execution of José Rizal.

Enriquez was one of the organizers of Sociedad Internacional de Artistas, an association which aimed to promote art in Manila. In 1908, partly through his initiative, the society held an exposition of industrial as well as fine arts.

By enacting Act No. 1870,  the Philippine Assembly founded the University of the Philippines in 1908, which included in its original charter the Escuela de Bellas Artes, or School of Fine Arts. Enriquez was appointed to its staff in 1909 and, a month later, was designated its dean, with a salary of P3,000 per annum. He headed the school for 17 years.

Among his students were Fernando Amorsolo, Guillermo Tolentino, Emilio Alvero, Carlos V. Francisco and Tomas Mapua. From the date of its founding up to his retirement in 1926, the school rented the Enriquez house for its operations.

The house was designed in 1867 by the first licensed architect in the Philippines, Felix Roxas y Arroyo. Its portico consists of four paired adobe posts, topped by wooden Ionic pillars. The interior carries on the classical motif, enhanced by gilding and painted detailing along the crown molding and a key fret dado in the upper galleries. In the early 1900s, the American historian M.M. Norton cited the Enriquez home as “the most beautiful house in the islands.”

After Enriquez’ death, the house went into decline, becoming a dormitory, bowling center, restaurant, venue for live sex shows, even an abortion clinic before the homeless took over the house, as they did other stately homes in the area.

In 2006, Jerry Acuzar acquired the structure and transferred it to Bagac. The sleepy town is a suburb of the city of Balanga, where Acuzar hails from.

José “Jerry” L. Acuzar is at the helm of New San José Builders, a successful construction and real-estate development company, founded in 1986, headquartered in Quezon City.

Now the estate is all of many hectares, and the complex consists of about 40 structures.  They manufacture their own bricks, decorative mosaics and encaustic tiles; they have resident carvers and metal workers. Many of the houses were outfitted by  Theresa Ochoa Acuzar to receive guests; there is a 42-room hotel.

No end in sight

Among the latest additions are a Maranao torogan, or royal clan house, from Lanao, and, of course, Casa Biñan, based on the Alberto house from Laguna.

There seems to be no end in sight. A church being built of solid marble blocks based on the design of an antique adobe-and-brick structure, suggested to Acuzar by Archbishop Socrates B. Villegas, is rising on the other side of the river.

Acuzar is relying on his daughter Maria Francesca to eventually carry on his legacy.

“Jam” to her friends, she graduated from the American University in Paris, major in Art History, and minor in Economics. In January 2013, she decided to revive the Enriquez mansion as the Escuela de Bellas Artes Contemporary Artspace.

The project “aims to provide a fresh and interesting space for artists and art enthusiasts, summoning the original meaning and purpose of the structure. The space calls for the spirit of Bellas Artes from when it was the epicenter of artistic and creative output, a bodega for ideas and cultural exchange.”

It will produce exhibitions, facilitate artist-in-residence and community-based cultural-development programs.

The present effort was a collaboration with Marya Salang and Dawn Atienza of Tin-aw Art Management.

In the zaguan, the inaugural exhibition shows works by Renato Habulan (b. 1953) and Alfredo Esquillo Jr. (b. 1972),  which were part of the show “Semblance/Presence,”  at the museum of the National University of Singapore from June 2012 to January 2013.

Habulan, a Social Realist, and Esquillo, a New Painter, had together explored the interstices of mysticism and materialism in Quiapo.

Through oil paintings, sculptures and film, Habulan and Esquillo explored the parallelisms between the frenetic devotion to the Black Nazarene and the Kristong Hari cult of a former bit actor named Mang Lauro.

In the sala that overlooks the street, Geraldine Javier (b. 1970)  reinstalled “Curiosities,” or what she calls “Museum of Many Things,” which had been shown at the UP Vargas Museum from February to April 2013.

She combines “objects found and made—artifacts to treasure, objects to discard and keep…” She has constructed screens and curtains of handmade paper where she has pressed dried leaves and painted birds, reminiscent of Victorian decoupage. She has reassembled skeletons and carapaces of animals together with tatting and bits of this and that, inside repurposed blown-glass domes and lamps inside shelving, reminiscent of “19 Cabinets of Curiosities.” All these—as shown in a running video—were supposedly made by Madame A, who may or may not be a fictional persona created by the “real” curator/hoarder/artist.

The juxtaposition of contemporary art with the classical grace of the Enriquez house seems jarring at first. That everything somehow seems to gel together may be explained by the fact that is not immediately apparent. It may be argued that the art of Habulan, Esquillo and Javier totally belong  to Las Casas Filipinas because they are all projects of deconstruction/reconstruction.

The devotion to the Black Nazarene is the Filipino analysis of the ideological purposes of colonial religion, and their suturing of the cult into their syncretic faith; the cult of Lauro is an appropriation by the powerless and marginalized of the trappings of the Church for the purposes of the public outside the doors of the institution. Javier dissects Life and sutures together new meanings and a more artful ethos.

The continuing project of Acuzar is, in fact, a deconstruction not only of old structures but also the social hierarchies they represent and their reconstruction along the lines of a new culture by the present generation.

The Bellas Artes project augurs well for a new future for the past.