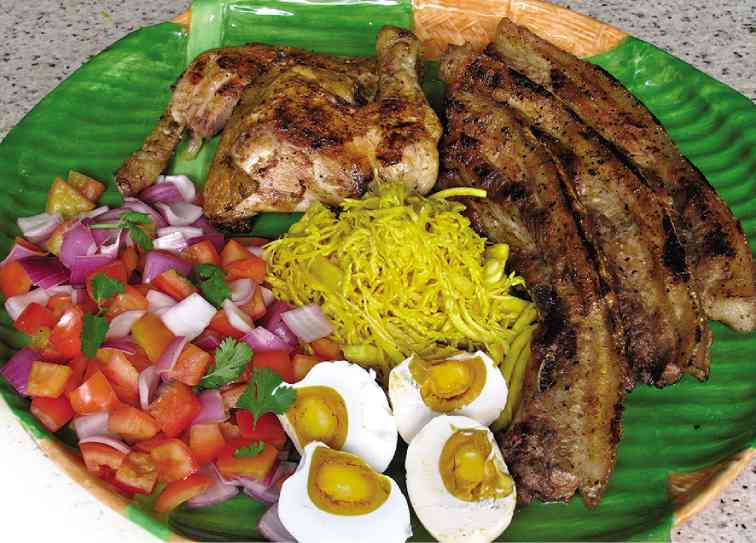 We’ve been spending our Sundays at the home of Bryan and Jenny Dy. Bryan is a martial arts aficionado who gathered a group of young boys (their sons Joshua and Joaquin, the Ong brothers, the Tycangco boys with my son Diego) to learn jujitsu.

While the boys are in the gym, we chat away in the morning while putting finishing touches to our respective dishes that we bring—when the boys are done training.

The best ‘makut,’ so far

Two Sundays ago, Jenny cooked the most delicious makut (pork rib shoulder) soup. I have tried makut before but Jenny’s, so far, is the best for me. It’s simple and clean, yet has a deep and complex flavor.

I asked for her recipe and Jen gladly obliged. In fact, she was overly eager! The recipe she sent came with her name, perhaps to make sure that credit goes to Jenny “Leechiu” Dy.

The secret to her makut, she says, is the quality of the pork. It must really be fresh pork rib shoulder. Just tell your butcher that you need pork for makut, and they should know which part to get you.

Another secret is to boil the pork twice, so the broth tastes clean. And use only good quality fish balls. The fish balls we had were soft like mamon which melted in your mouth. Delicious! The brand is Li Chuan Singapore fish balls, available at Jash Mart along Wilson St., Greenhills (though Jen’s father-in-law buys their stock of it somewhere in Manila but couldn’t quite remember the name of the store).

The week after that, we had liempo, cut ½-inch thick, bone-in, skin on, seasoned generously with sea salt and lots of fresh, coarsely cracked black pepper. We left the liempo to marinate for no more than three hours. Marinated longer than that, the salt will dry the liempo out.  After grilling, we served it with a typical ensalada of tomatoes, red onions and coriander, salted eggs and acharang bongga from Zamboanga, given by another co-parent, Carousel Mariano.

Acharang bongga (Chabakano for betel nut) is perfect for just about anything grilled or fried. According to its maker, Evelyn Falcasantos, it was her penchant for the bongga as an appetizer that drove her to produce it. In 2003, she found a supplier who sourced raw materials from the wilds. She also took note of the preparation of the betel nut as being a very tedious one.

Betel nut achara belongs to a class of its own. It looks different, tastes distinct, has a unique texture and bite. It’s as smooth as puso ng saging with an ubod-like bite, a bit sweet and sour. It was a welcome addition to our meal. It took the cloying away, allowing us to eat even more than we should.

We also discovered that there was another good cook in the group by the name of Jecelle Chung Tycangco, who was not going to allow Jenny shine alone. She brought gising-gising served over tinapa rice. Delicious! She, too, did not hesitate to share her recipe.

Lately, all the cooks whose food I have enjoyed immensely say the same thing: “Our food is nothing special.”

I strongly disagree! To me, special is whatever makes people happy. And for a couple of Sundays, I have been just that: happy.

Boil water and drop the makut for 10 minutes

Drain the makut and rinse to remove excess blood

Boil water again, then drop the onions and makut

Once tender, add the fish ball and season with salt

4-5 pcs siling labuyo (depends how spicy you want it)

Add ground pork and cook till no longer pink

Add the beans, siling labuyo and the bird’s eye

Season to taste with patis

Add tinapa flakes and cook for about 1 minute.

Add rice, 1 cup at a time to the tinapa flakes and mix well.

To order Acharang Bongga, call Evelyn Falcasantos at tel. no. 0917-7112535. Since she’s shipping it from Zamboanga, it’s best to order them by the boxful.