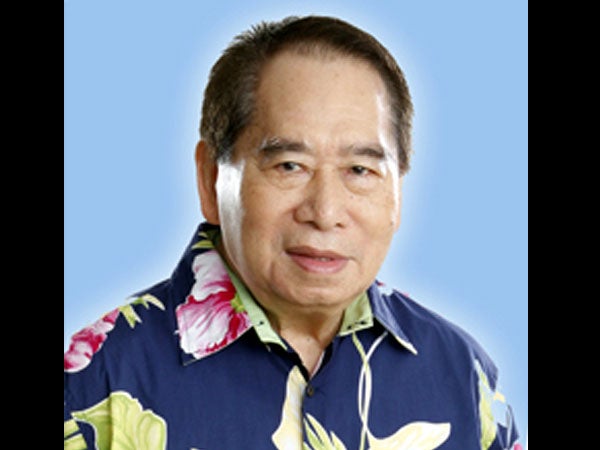 MANILA, Philippines—Mall magnate Henry Sy Sr., the Philippines’ richest person with a net worth of some $13.2 billion, is also one of the country’s notable donors, according to Forbes Asia’s latest list of “Heroes of Philanthropy.”

The list is a rundown of 48 leaders in the Asia-Pacific region who share their material success with society.

On its seventh annual list, Forbes Asia handpicked four philanthropists from each of the 12 countries in the region for “boosting society in creative ways.”

“We aim for a mix of people and causes…. And we pick only true philanthropists—people who are giving their own money, not their company’s (unless they own most of the company), because donating shareholder funds isn’t charity,” Koppisch said.

“The Philippines’ richest person continues to disburse chunks of his fortune,” Forbes Asia wrote. Sy was also on the magazine’s list in 2009.

Cruz, 48, founder and CEO of Central Affirmative Co. which manufactures Afficionado Germany, was cited for his efforts to help children and abandoned teenagers, as well as his company’s yearly charity events.

Gokongwei, 85, founder and chairman emeritus of JG Summit Holdings, was praised for contributing at least $6 million to DLSU’s College of Engineering over the past two years, beefing up the institution’s funds for scholarships, faculty development, facilities and research.

Palafox, 63, founder and managing partner of Palafox Associates, was chosen for his firm’s contributions in designing low-income development programs, as well as his pro bono work for Church-related projects.