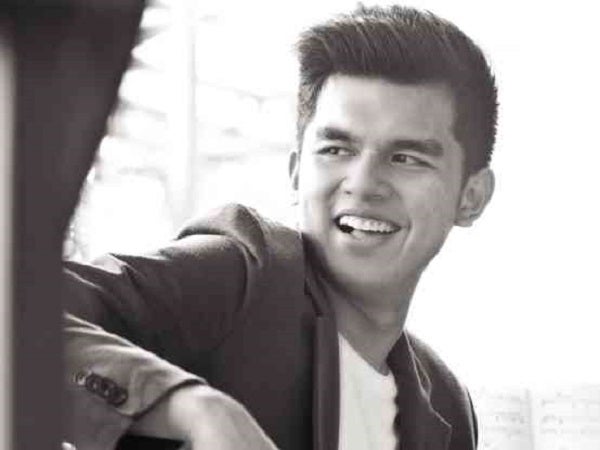 The classical pianist is now working on his first original musical.

Ejay Yatco–meet the hot musical director of the moment

With the success of the recently concluded rock musical “Sa Wakas,” Sugarfree fans will never hear the band’s music the same way again.

That’s all thanks to 22-year-old Ejay Yatco, whose musical direction blended Pinoy rock and Broadway, creating a fresh spin on the songs originally composed by Sugarfree’s frontman Ebe Dancel.

Yatco admits to knowing only two or three songs at the time he was asked to be part of the production.

“There were no scores—just the soundtrack. Kinailangan kong kapain lahat (I really had to learn the songs on my own),” he says. “Then I had to rearrange everything to make them sound more appropriate for theater.”

A classical pianist since he was 6 years old, Yatco says he’s always liked playing with songs arrangements, adding his own style to a certain piece and taking inspiration from everyday objects and events.

In “Sa Wakas,” he used a telephone ring to set the pitch for the “Telepono” number. The cat-like screech we heard in “Ang Pinakamagaling na Tao,” used for the scene in which two of the play’s main characters were arguing, was incorporated because when Yatco was working on the song, a cat was constantly (and annoyingly) mewing outside his window.

He rearranged all 25 songs used in the play, including a new one written by Ebe, “Bawat Daan.”

“I put in a lot of counterpoint melodies; I’m fond of doing counterpoint,” he says. “I also changed some of the chords to make the melodies sound sad, just to emphasize the break-up; basically, I adjusted the arrangements according to what the scene required.”

While he was given a free hand to play with the melodies, Yatco was conscious of sticking to the Sugarfree sound. He had the privilege of having Ebe hear his arrangements.

“Ebe heard the arrangements when they were all almost complete. He would give comments like, play up the bass line here, or, maybe this chord would work better,” Yatco recalls.

After learning and arranging the songs, Yatco then had to teach the songs both to the actors and the six-piece band. They had roughly two weeks to learn everything.

“I listened to the actors’ voices, and then worked on how they could best deliver the songs. I wanted them to be true to their voice,” he says.

Yatco, who’s been part of the Ateneo Blue Repertory theater group since he was a college freshman, started his career in musical direction with Blue Rep productions such as “Edges,” “Hair” and “Little Shop of Horrors.”

He also musically directed “Company Call: Blue Rep at 20” and “Spring Awakening.” As a pianist, his first musical was Atlantis’ production of “The Little Mermaid.”

Oddly enough, he graduated with a Management Engineering degree from Ateneo.

“I don’t think I would have survived my course, had I not been into theater as a student,” he says. “It was my release.”

All music, all the time

Yatco is all about music, all the time. He has three older sisters who also all play the piano, and who each have their specialty: one plays the guitar, another the violin, and another is a singer.

“But I’m the only one who’s into music professionally,” he says.

When he’s not working on shows, he creates jingles, plays at gigs and events like debuts, children’s birthdays. He also holds music workshops with kids as young as 9-10 years old.

By July this year, he’ll be competing at the World Championship of Performing Arts in Los Angeles under the Classical Piano category, as part of the Philippine delegation. “I enjoy keeping myself busy,” he says.

Together with Blue Rep, he’s now venturing into making his own music. By February next year, Yatco will be releasing his first original play, “Toilet The Musical.”

“The concept is all about human pretensions, facades; people pretending to be something they’re not,” he says. “But when they go to the bathroom, there’s nothing to hide.”