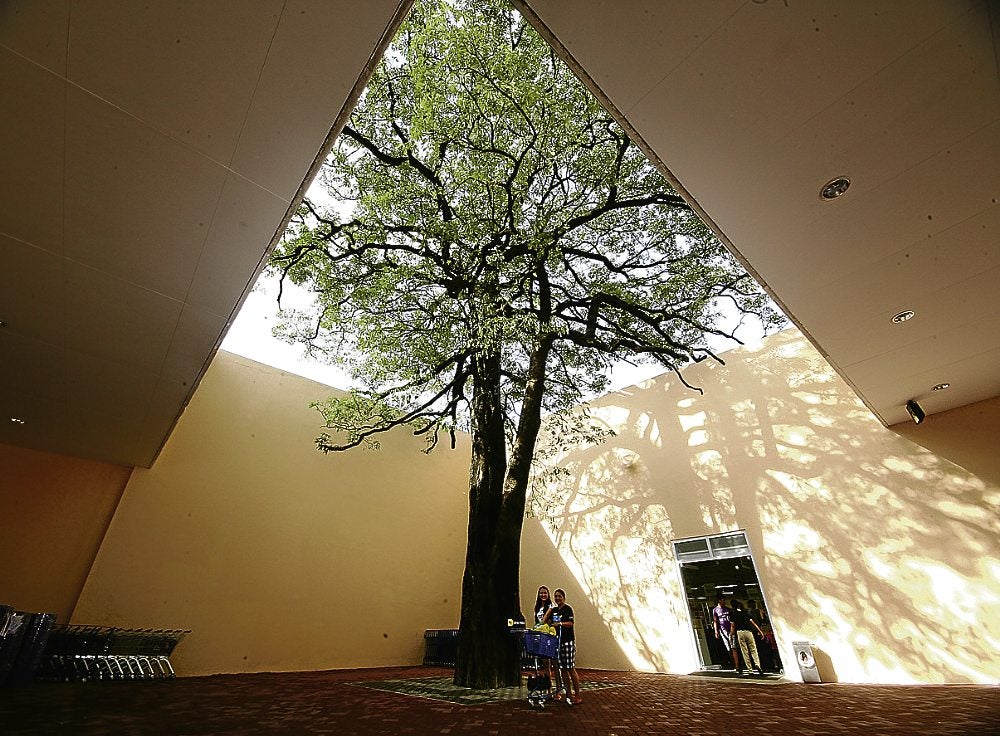 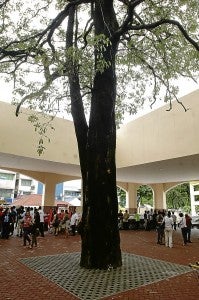 For the residents of the historical community of Sta. Ana, Manila, the Savemore supermarket which opened recently on Pedro Gil Street is more than just another new building.

The 3,000-sq m structure is proof that development does not have to come at the expense of heritage, and that the old can serve as a bridge to the new.

When residents of Sta. Ana learned that twin houses from the 1840s were being torn down to make way for an SM Supermarket, they were worried.

As one of the first settlements by Pasig River, making it older than Intramuros, the neighborhood maintains a distinct character full of ties to the past.

The fears of the community were many. Vendors at the public market next door feared for the future of their small businesses. Historical conservationists worried that the new structure would stick out and ruin the old-neighborhood feel. The environmentally conscious feared the property’s century-old tree would be sacrificed to maximize space.

Fortunately, the different voices of Sta. Ana’s many stakeholders—market vendors, heritage owners, longtime residents, the parish church and Parish Heritage Conservation Board, tricycle drivers and local foundations and NGOs—were able to find common ground upon which to approach SM and the city government with their concerns.

They were determined to make the new Savemore a powerful example of community-based heritage tourism (CBHT).

CBHT is a socio-economic development strategy espoused by Chaco Molina, executive director of Fundacion Santiago, where a community conserves its cultural assets and its history to instill pride of place and develop tourism as a means to alleviate poverty. Adaptive reuse of heritage assets and creating business opportunities is a way of doing this.

Finding harmony in their voices was one challenge, but being heard was another. 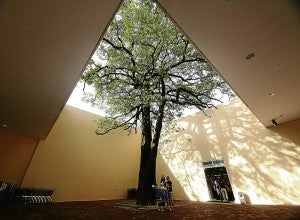 Sylvia Lichauco, president of Lola Grande Foundation for Women and Children, and one of the driving forces of the movement, explains the uphill battle they faced in the beginning.

Although opening the right door took a year of being persistent, patient and resourceful, once executives at SM began to listen, they were open to finding workable solutions that would satisfy the needs of various stakeholders.

Lichauco says: “It took quite a while for them to consider sitting down with us, but in the end we were able to really talk it out.

Understanding the issues led to conversation that allowed both parties to explore and find compromise.

Annie Garcia, president of SM Supermalls, says learning more about the historical importance of the area was an important first step. “Lola Grande brought in people from all different sectors, such as the National Museum, Manila Historical and Heritage Commission, Historical Commission, so we could better understand what was going on, what was on their minds, and how we could integrate it into our projects. They even showed us some designs.”

Garcia says the experience was good for them. “SM never wants to just go into the community without considering the people all around, and, to be part of the community, it really means opening your doors and sitting down together.

“As a business, we all have our objectives, but the barangay, the local government, the heritage groups also have their own objectives, so it’s a question of putting everybody’s bright ideas together and finding good workable solutions for the community. Everybody serves the community after all.”

In a signal that it heard the message loud and clear, SM-Savemore took a monumental step which cost a significant amount of space, time and money. They redesigned building plans so the structure would be built around the existing heritage tree.

Smiling from the small courtyard that now surrounds the tree, Vilma Labrador, chair of the Parish Heritage Conservation Board of Sta. Ana, says: “I am so happy because at first, when they designed the building, they did not consider the fact there must be some trees that have to be preserved.”

Herbert Sy, president of SM Retail Inc., explains that this is in line with his father Henry Sy’s desire to always give back from what they earn. He also hopes their efforts to keep the tree will turn it into an icon. “In the past, millions passed and nobody even noticed the trees around, but now people are talking about our tree. I mean, it’s like the tree had no name so nobody really took care of it until now. It has a name now, it’s called Dita, and now they learn to say ‘Hi, Dita.’” 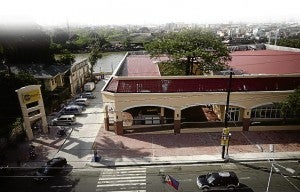 This Dita tree might be the most visible result of this open dialogue, but the proof that SM valued the heritage of the area is evident in the building’s design and amenities as well.

Ernie Panis, president of the Parish Pastoral Council, and a strong voice of the CBHT group, explains: “Savemore outlets are basically box-type designs. We really needed a design that suits the landscape of the town, and we are thrilled with what they built—the use of arches, grills, old lampposts, tile roofing, the open space in front.”

Across the street is a recently built Jollibee, whose structure and simulated capiz façade had also been redesigned to comply with the design requests of the Sta. Ana CBHT group

Also, when SM undertook the Archeological Impact Assessment (AIA) required by city resolution, archeological findings of several layers of bahay-na-bato were found on the site.
Following the recommendation of Victor Paz of the UP Department of Archaeology and the National Museum, SM has left a portion of these remnants of the past near the tree uncovered, allowing visitors to literally get a glimpse of some of Sta. Ana’s history.

Among all of the community’s concerns, the only outstanding issue left is the size of the Savemore pylon. Located next to a declared heritage house, stakeholders are negotiating to reduce its size, lower, or move it.

Aside from hiring 71 percent of local residents to work at Savemore, Lichauco points out SM also made concessions to the market vendors by not putting an eating place for workers inside Savemore, thereby sending their employees’ business to the market. This is the first of 48 Savemores whose design was changed in order to meet the community’s needs.
“They said they would use this as their cookie cutter for other areas where there are heritage issues,” says Panis.

Gemma Cruz-Araneta, head of Manila Historical and Heritage Commission, says the well-informed, diplomatic, yet vigilant approach of the groups in Sta. Ana made them a force that could not be ignored.

“The community should be well-organized, united in their objectives, and very vocal about their goals and visions,” she says. “SM noticed that, so they became sensitive to community demands. After all, the community is the customer. There should be harmony among the revenue needs of the city government, commercial interests of businesses, and the community’s aesthetic and nostalgic needs. ”

“Constant and continuous networking with all stakeholders and concerned government agencies is crucial,” Araneta adds.

Manila Mayor Alfredo Lim, who hosted the ribbon-cutting event celebrating this successful collaborative effort, says he is happy to see “modernity that could blend with our heritage.”

“Everything has to be reconciled,” he says. “If there is any conflict, each part has to adjust and I think what they wanted was achieved also because the owners were accommodating to their suggestions.”

Felicidad Sy and celebrity guests Sunshine Cruz and Bayani Agbayani also attended the inauguration. SM took its commitment to the environment a step further by inviting Miss Earth winners to plant a row of narra trees in Savemore’s parking area on the banks of Pasig River.

Araneta says the relation between heritage conservation and city rehabilitation and planning has until now been largely unexplored in Manila. As a result, many heritage assets have been carelessly destroyed.

But the successful collaboration between SM, Savemore and Sta. Ana is already serving as an inspiration to follow. Says Araneta: “They found common points of interest and got a big corporation to work harmoniously with the community—this is what other communities should do.

“San Fernando City heritage advocates heard about this and have asked me to arrange similar meetings with SM.”

“We hope other businesses and communities will see this example and realize you can have a win-win situation where you can bring development to the community,” Lichauco says.

Garcia explains why it is so important to preserve a sense of history while civilization progresses: “Heritage is where the country has evolved from understanding and being respectful of what our ancestors have gone through along the way. We can’t stop change from coming and the technology is there. However, you must never forget where you come from in the past—the strength of their character is where we draw our strengths for now.”