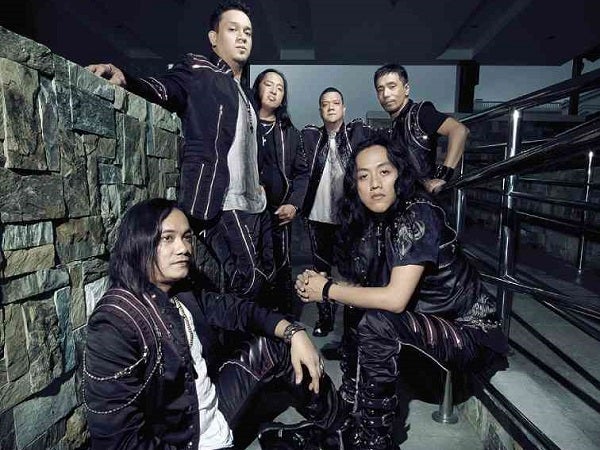 You don’t have to be a gambler to enjoy the nightlife at Resorts World Manila (Newport Boulevard, Newport City, Pasay). Although it’s the sight of security men guarding the casino entrance that greets guests, there’s actually a lot to do here than just play blackjack, baccarat, or the slot machines.

We have spent long nights the past years dining, drinking and watching gigs here with friends and family, so much so that the place feels like a second home and everything looks familiar—or so we thought. The most surprising and engaging show we saw in recent weeks happened right inside the casino, but more on that later.

For first-time visitors who might want to have dinner before checking out the clubs at RWM, the choices can be confusing although each of the dozen or so restaurants on the second floor offers its own specialties. The ones we’ve tried that have satisfied our palate are: Parmigiano for the pasta and pizza; Crisostomo for native fare like sinigang na baboy and boneless daing na bangus; Mr. Kurosawa for tuna and salmon sashimi and red wine; The Café Republiq for salads and arroz caldo (which is really good especially if you’ve had too many beers).

On the other end of the complex (second floor, Maxims Hotel side) are two more restos: Passion whose steamed lapu-lapu, prawn salad and yang chow fried rice are tops; and Ginzadon where we also like to have Japanese food with San Miguel Pale Pilsen.

There’s still another resto on the fourth floor, The Terrace, which has good baked salmon.

After dinner, there are options for unwinding. Republiq is a dance club which, for a time last year, was the place to see and be seen. This was where we caught The Black Eyed Peas’ apl.de.ap spinning records for an overflow crowd; another time, a friend, Serafin Pua, introduced us to Aga Muhlach who was having a good time dancing with friends.

Beside Republiq is Opus, another club which also plays dance music but whose crowd tends to prefer chatting and chilling while nursing their drinks. One night, the chef offered us mini Wagyu burgers to go with our beer; last Thursday, the place was full of young people partying while a photo exhibit of Rufa Mae Quinto was on display at one corner.

For stage musicals and concerts, there’s the 1,500-seat Newport Performing Arts Theater on the third floor which has mounted Broadway plays and international gigs. Among the notable acts we saw there were Lea Salonga, Chris Botti, David Benoit, and a combined lineup of great Pinoy performers like Dulce, Bituin Escalante, Jett Pangan, and the Ryan Cayabyab Singers with maestro Ryan himself as musical director.

Something to look forward to in the same theater is Lani Misalucha on June 6 and Bamboo on June 7. On Oct. 9 is RWM’s production of “Cinderella.”

For the past few months, jazz singer-pianist Emcy Corteza has been performing every Tuesday at the Genting Club on the third floor of Maxims Hotel, although we were told that entrance is exclusive to high-rollers or those with loads of money to burn in the casino.

But the Genting Club will open its doors on June 4, 8 p.m., for a gig dubbed “All That Jazz” featuring Bituin Escalante, Arthur Manunlag, Lynn Sherman, and Mel Villena with the AMP Big Band.

There’s actually live music playing continuously from 12 noon till the wee hours at Bar 360 inside the main casino—which we’ve rarely gone to until two Saturdays ago when we took a friend who had never watched a gig at RWM.

“Rock of ’80s,” a hodgepodge production with European acrobats, hand-balancing acts, ballroom dancers, roller-skaters, and a bike magician with Filipino singers, was in progress when we arrived around 10 p.m.

The show was a bit dizzying in its combined circus and concert production, and hearing minus-one renditions of Joan Jett’s “I Love Rock and Roll” and Journey’s “Any Way You Want It” and “Don’t Stop Believin’” heightened our suspicion that this was a takeoff on the musical “Rock of Ages.”

But the next act totally knocked our socks off. For more than two hours nonstop, a six-member Filipino band named Draybers played straight, no-nonsense versions of pop and rock classics from the ’60s to the ’80s with stunning precision.

Draybers is the satisfying summation of everything foreigners admire about Pinoy musicians—how they can cover Top 40 hits like the original. But what sets Draybers apart is that its frontman, Michael Yonting, is gifted with a voice that soars high with ease like there’s no effort at all.

Imagine this: He covered the Doobie Brothers, the Beach Boys, Chicago, Kenny Loggins, Air Supply, Spiral Starecase, Queen, Toto, Sampaguita, Journey, the Righteous Brothers, and, would you believe, Claire de la Fuente, Imelda Papin, Cristy Mendoza, Didith Reyes and Eva Eugenio with a demeanor that shifted from serious to funny, apparently to show that he was, indeed, having fun.

And, just when we were ready to accept that there’s no room for creativity in this kind of gig, Yonting highlighted his version of Freddie Aguilar’s “Anak” with a stratospheric aria that could have blown off the casino’s roof.

In the fringes of the circular bar, casino denizens lined up to get more chips and try out their luck. But at our table, our group ordered more Chilean red wine and felt like a royal family that has just been entertained by the world’s best band.