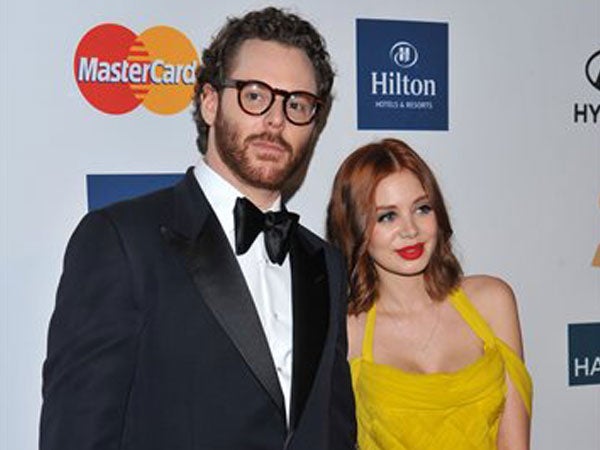 The California Coastal Commission and Parker on Monday said they have reached a $2.5 million settlement to pay for coastal conservation programs after the Napster co-founder was caught building a movie-set-like wedding site in a protected coastal area without proper permits.

Parker, the 33-year-old former president of Facebook who was portrayed by Justin Timberlake in the movie “The Social Network,” married singer-songwriter Alexandra Lenas on Saturday in a ceremony with gowns and sets made by a designer for the “Lord of the Rings” films.

Officials were tipped that Parker had built a cottage, fake ruins, waterfalls, staircases and a huge dance floor near iconic redwoods and a stream with threatened steelhead trout without getting permission. The construction occurred at a campground that was closed.

When staff inspected, they found the temporary structures had already been built but allowed the wedding to proceed anyway. Commission staff will oversee the breakdown of the vast set so no damage is done to the environment. The commission said no major damage had yet been done.

The commission said the settlement money will be used to purchase public easements and hiking trails and as grants for coastal conservation nonprofits. Parker also will have to produce and distribute a public education video or create a mobile app aimed at helping to identify areas where the public can access the coast.

Parker said in a statement that he was excited to support conservation-related projects.

“So as soon as he was made aware of the Coastal Commission’s concerns, he immediately stepped forward to discuss how he could protect the coastal area and resolve these issues,” Zbur said in an email.

Parker asked his guests, many of them wealthy entrepreneurs and celebrities, to donate to Save the Redwoods or the California League of Conservation Voters in lieu of giving gifts, according to a program.