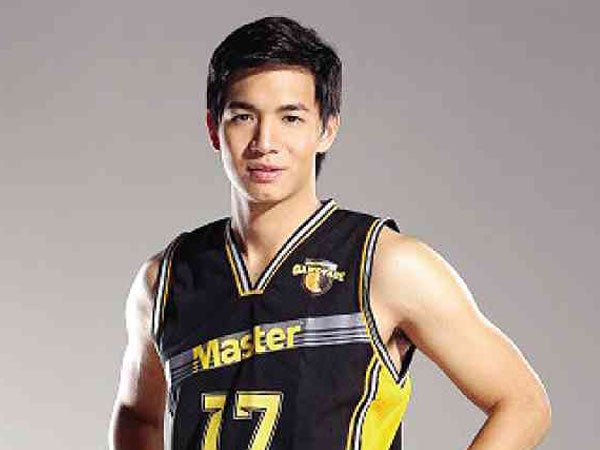 They are returning to the college ranks as coaches of the inaugural Master Game Face All Star Basketball Challenge, the country’s first preseason collegiate All-Star game.

The Master Game Face Challenge will be held at the FilOil Arena in San Juan on June 8 at 4 p.m.

It was not long ago that any discussion of elite collegiate talent would have to eventually address either Chris or Borgie. Leading their teams to win a combined five titles over the course of their careers, Chris and Borgie became pillars of their respective school programs.

“It was a discussion back then who the better guard was. Borgie led San Beda to four titles in five years, and that was a fantastic accomplishment. But we were never in the same league at the same time. I guess we’ll never really know, but the Master Game Face Challenge gives me a chance to finally one-up him,” said Tiu.

“I didn’t really care about the comparisons. We were in different leagues and played different positions. Chris is a great basketball player but as a competitor, I would love to beat him this time,” said Hermida.

After moving on to the professional ranks, Tiu and Hermida admit to missing their college days.

“The fans are different; there is just something behind their support. Their school spirit is incredible,” said Hermida.

“The fans of the college game are more intense, passionate and emotionally involved. I see alumni and their children crying after we lose a big game; it’s just a level of passion you don’t see in the professional game,” said Tiu.

After capturing the 2008 UAAP championship, Tiu left the Ateneo Blue Eagles to co-captain the Smart Gilas Pilipinas National Team, playing alongside the best amateur talent in the country.

After leading San Beda to four NCAA titles in his five years at the school, Hermida has split time between the Philippine Basketball Development League with the NLEX Road Warriors and the PBA’s Shopinas.com Clickers.

Now going face to face as coaches for the Master Game Face Challenge, the importance of mentors and proper coaching isn’t lost upon Tiu and Hermida, both of whom attribute a large part of their success to their coaches.

“I owe a lot to coach Frankie Lim; he has put me in a position to succeed and he has helped guide me throughout my college basketball years. As a point guard, he understood the position well and taught me a lot of what he knew,” says Hermida.

“I was very lucky to have played under the best coaches in the country; Coach Norman Black in college, Rajo Toreman with Gilas and now a multi-titled coach in Yeng Guiao with Rain or Shine. I’ve seen very different dimensions of coaching and in my own way I’ve picked up things here and there that have helped me,” said Tiu.

The two are returning to coach not only their respective alma maters but also an assembly of the elite UAAP and NCAA players in the Master Game Face All Star Basketball Challenge.

“It’s a brilliant idea to get the NCAA and UAAP as well as other non-member schools to participate in this one of a kind all-star game. This is something new for the fans, something that not everyone gets to see and I look forward to that,” said Tiu.

“When I played this tournament before it wasn’t very big and this is a sign that it’s really growing,” said Hermida.

The two also both remember a time where they were the ones in the spotlight of their respective teams and the lessons they had to learn along the way.

“Listen to your seniors. When I was a rookie, they were the ones who guided me. You have to be able to mix your academics and basketball. To stay on the roster, you need to have the grades so you have to keep that in mind,” said Hermida.

“You have to be ready with what you’re about to get into. You will be in the public eye, people will follow you on and off the court. Be prepared for criticism, and there are no secret recipes, just hard work,” added Tiu.

The Master Game Face Challenge boasts a star-studded line up with nine NCAA teams and all eight members of the UAAP represented.

The FilOil Tournament has also extended its team pool to include CESAFI champion Southwestern University, solidifying its claim as the preeminent collegiate preseason tournament.

The Master Game Face All Star Challenge starting lineup has been selected by the fans through an online vote found at www.facebook.com/MasterPhilippines. Tiu and Hermida will also handpick the 13 reserve players that will comprise their bench from the remaining player pool.

How to get tickets

Tickets include entrance to the Filoil Cheerleading Competition at 2 p.m. and the Master Game Face All Star Basketball Challenge at 4 p.m. on June 8.

Tickets are also available through online promotions on the Master Philippines Facebook page (www.facebook.com/MasterPhilippines) and Tiu and Hermida’s Twitter Pages.

Tiu and Hermida are also endorsers of Master, the pioneer in male face care grooming in the Philippines. It has a comprehensive line of face products including Facial Wash, Face Cleansers and Face Moisturizers.