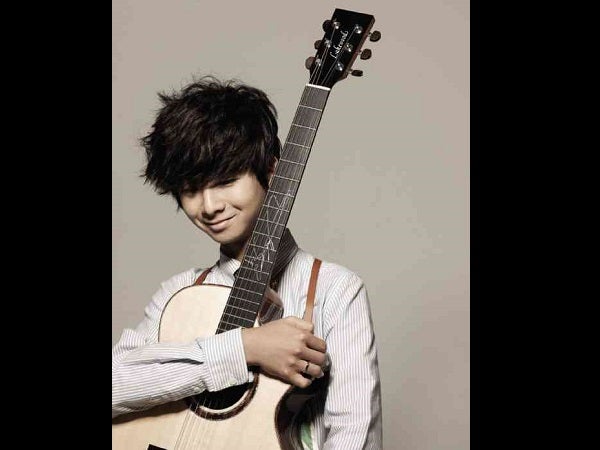 Hello, Hallyu! Contrary to popular belief, this “Korean wave” phenomenon isn’t just about pretty boys and girls doing cutesy song-and-dance numbers. Next weekend, teenage guitar prodigy Sungha Jung and pop-rock quartet CNBLUE are set to take Manila by storm in two separate shows. Which one will you be watching?

After charming Pinoys at the 1st Philippine International Blues and Jazz Guitar Festival last year, acoustic finger-style guitarist Sungha Jung returns to the country for a two-stop tour: June 14 at the J Centre Convention Hall in Mandaue, Cebu; and June 15 at the Newport Performing Arts Theater in Resorts World Manila.

Of all the aspiring guitarists seen on YouTube, this unassuming, teenaged Korean boy stands out for a very compelling reason: He never utters a word; instead, he simply lets his nimble fingers do the talking. And, boy, do they speak volumes!

Jung’s huge repertoire of cover songs, most of which he himself has arranged, run the full gamut of genres. This includes the classics (Henry Mancini and Johnny Mercer’s “Moon River”), movie and video game soundtracks (“Pirates of the Caribbean,” “Super Mario”), and pop songs that span decades—from Adele’s “Rolling in the Deep” to Michael Jackson’s “Billie Jean” to The Beatles’ “All You Need is Love,” which earned him an online compliment from Yoko Ono-Lennon herself.

At 16 years old, Jung has gone from online sensation to global guitar superstar with accolades under his belt, the most recent being “Outstanding Young International Instrumentalist” at the 31st Young Artist Awards. He’s joined the ranks of Dave Matthews and Radiohead’s Thom Yorke as an artist sponsored by Lakewood Guitars, and is currently honing his skills under the tutelage of renowned German guitar guru Ulli Boegershausen.

To date, Jung has released two solo albums, “Irony” and “Perfect Blue,” which contains a few of his own compositions, plus a compilation, “The Duets,” which features collaborations with Japanese contemporaries.

He’s currently on tour for his latest album, “Paint It Acoustic,” which had a successful run in New York, London and Singapore.

For Jung’s Philippine tour, local guitar talent Alyza Barro and the Ukelele Underground Philippines will be joining him onstage.

Tickets for the Manila show are on sale at TicketWorld outlets; for the Cebu stop they’re available at the J Centre Mall. The event is organized and produced by Pinoytuner and planetjazz.ph.

The band performs on June 15 at the Smart Araneta Coliseum.

CNBLUE stands for “Code Name Blue,” where “Blue” is an acronym for the members’ personas: “Burning,” “Lovely,” “Untouchable,” and “Emotional,” which represent Jonghyun, Minhyuk, Jungshin, and Yonghwa, respectively. Their fans are collectively called “Boice,” short for “Blue Voice.”

CNBLUE debuted in Japan as a four-piece indie band in 2009. The following year, the quartet broke through the Korean market with the EP “Bluetory” and the infectious track “I’m A Loner.”

The group cemented its successful comeback in Japan in 2012 via its first no. 1 single, “Where You Are,” and went on to hold sellout tours not just in Japan and Korea, but also in the US and the UK.

This year, CNBLUE’s EP “Re:Blue” and its carrier single “I’m Sorry” topped the music charts in several countries shortly after its release. It also marked the start of the band’s “Blue Moon” world tour across Europe, North and South America, Asia, and Australia, making CNBLUE the first South Korean rock band to attract such a wide audience.

The members are also familiar faces in the K-drama scene. Yonghwa starred in the popular series “You’re Beautiful” and “Heartstrings,” while Jonghyun was seen in last year’s “A Gentleman’s Dignity,” following his big-screen debut with Minhyuk as his onscreen brother in the omnibus film “Acoustic.”

After his recent stint in 2013’s highest-rating series “My Daughter Seo-young,” Jungshin is set to star in the coming period drama “Sword and Flower.”