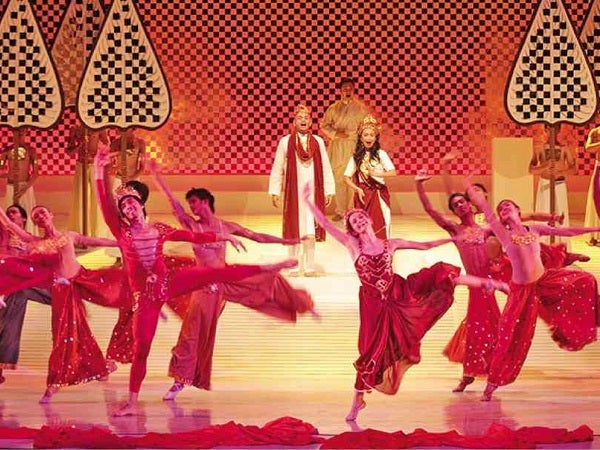 In a performance season dominated by musicals and revivals, Ballet Philippines’ (BP) production of the dance-musical “Rama, Hari” dominates the 2012 Gawad Buhay!: The Philstage Awards for the Performing Arts with a record-high of 22 nominations.

Because of its distinct multidisciplinary staging technique and style, the jury decided to place “Rama, Hari” in two award categories where the production and its dancers are nominated in the dance category, and the singing artists in the musical category.

Tanghalang Pilipino’s (TP) “Stageshow,” a musical that reenacts an era in Philippine cultural history when bodabil/stage show was the dominant form of entertainment among Filipinos, received 13 nominations, including a lone nomination and automatic victory for its playwright, the late Mario O’ Hara, in the outstanding libretto category.

Tied with “Stageshow,” also with 13 nominations, is Repertory Philippines’ (Rep) production of the Broadway musical “Jekyll and Hyde”—a tale of love, redemption, and the seductive power of evil. (See complete list of nominations on page C2.)

The awarding ceremonies have been set for June 16, 8 p.m. at the Star Theater in Star City at the CCP Complex along Roxas Boulevard, Pasay City.

Now on its fifth year, Gawad Buhay! is the first-ever industry awards exclusively for the performing arts organized by the Philippine Legitimate Stage Artists Group Inc. (Philstage), the country’s only alliance of professional performing arts companies.

It is juried by an independent panel of critics, scholars, reviewers and artists. Outstanding individual and group achievements in various artistic and technical aspects of play, musical and dance productions and performances are honored based on quarterly citations deliberated by the members of the jury who are required to watch all productions of Philstage member-companies for the entire year.

The nomination process does not distinguish between one-act and full-length plays, or between full ballets and short modern pieces.

Admission to the awarding ceremonies is open to the public.

Outstanding Ensemble Performance for a Play

Outstanding Ensemble Performance for a Musical

Outstanding Choreography for a Dance Production

Alden Lugnasin, “This is My Life” (BP)

Outstanding Choreography for a Play or Musical

Female Lead Performance in a Play

Male Lead Performance in a Play

Male Featured Performance in a Play

Female Featured Performance in a Play

Female Lead Performance in a Musical

Male Lead Performance in a Musical

Female Featured Performance in a Musical

Male Featured Performance in a Musical