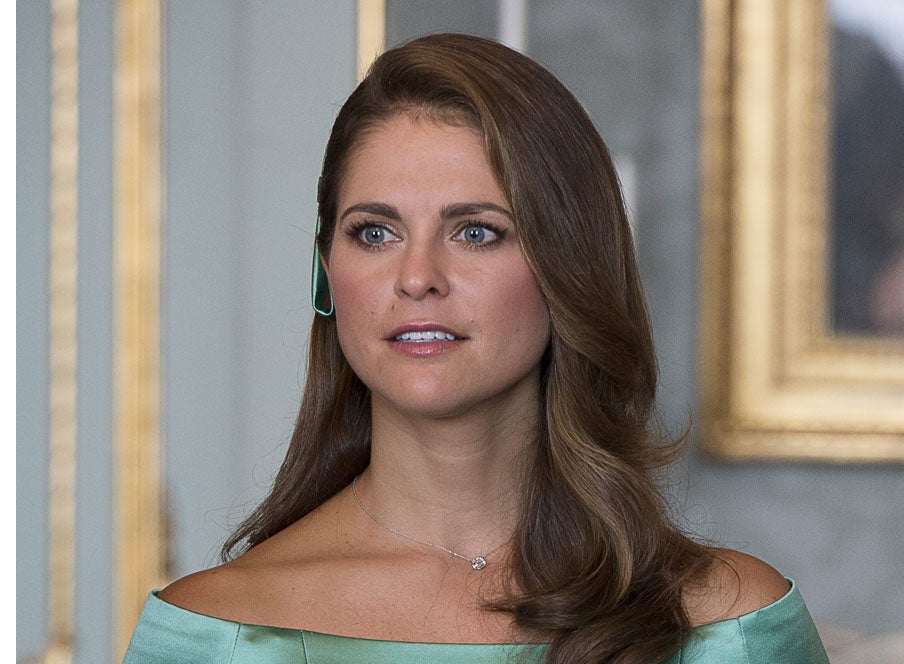 STOCKHOLM — Three years ago she crossed the Atlantic with a broken heart. Now Sweden’s “party princess” returns from New York to Stockholm to tie the knot with her new, British-American love.

On Saturday, Princess Madeleine — the Duchess of Halsingland and Gastrikland — will wed New York banker Christopher O’Neill in the Swedish capital, bringing together European royals and top New York socialites for a grand celebration.

Madeleine, 30, is the youngest of King Carl XVI Gustaf and Queen Silvia’s three children and fourth in line to the throne. She became known as Sweden’s party princess in her early 20s, when she was frequently spotted at Stockholm’s high-end nightclubs, and has attracted widespread attention for her stylish clothes and glamorous lifestyle.

But her life hasn’t always been a fairytale. In 2010, Madeleine fled to New York after breaking off her first engagement to Swedish attorney Jonas Bergstrom amid media reports that he had cheated on her. The couple had been together for eight years and had made a big announcement of their engagement in August the year before.

Since then, Madeleine has lived in New York, working for the nonprofit World Childhood Foundation, founded by her mother.

Two years ago, she met O’Neill, now 38, who works as a partner and head of research at Noster Capital.

This time around the princess has kept a lower profile, announcing their engagement through a video on the Royal Court’s website.

Jenny Alexandersson, the royal reporter at Swedish tabloid Aftonbladet, says the breakup with Bergstrom had been “really, really hard” for Madeleine.

“She was really sad, and I think she felt a bit humiliated, “Alexandersson told The Associated Press.” So, this time I really hope it’s a big love. They look really, really happy together so I’m crossing my fingers for them.”

The Royal Court on Friday said Madeleine’s wedding dress has been made by Italian designer Valentino Garavani. Alexandersson said she expects a glamorous ceremony, adding that O’Neill has invited many friends from his party days among the New York glitterati.

The Royal Court said guests include the U.K.’s Earl and Countess of Wessex, Prince Edward and Sophie, Princess Takamado of Japan and princes and princesses from Norway, Denmark, Greece, Luxembourg and Monaco.

Although Madeleine’s wedding will be a lavish affair, it won’t compare to her sister Crown Princess Victoria’s marriage to her personal trainer Daniel Westling in 2010, when Stockholm was transformed into one giant party for citizens and royals alike.

Officials say that no side events for the general public have been arranged this time, but Swedes can watch the royal couple’s meander through the capital in a horse and carriage after the wedding ceremony in the Royal Chapel. Then, the couple will sail to the royal residence and UNESCO World Heritage site Drottningholm Palace, 10 kilometers (6 miles) west of the city center, for a private wedding reception with an estimated 500 guests.

O’Neill was born into a wealthy family. His late father, Paul O’Neill, set up the European head office of Oppenheimer & Co in London in the 1960s and his mother, Eva Maria O’Neill, is involved in several charities. He studied at a boarding school in St. Gallen, Switzerland, and holds a bachelor’s degree in international relations from Boston University and a master’s degree from Columbia Business School in New York.

O’Neill, who holds dual American and British citizenship, has declined a royal rank in Sweden, which would have required him to become a Swedish citizen. He has chosen to continue working and the newlyweds are expected to move back to the United States.

The Swedish royal family has only ceremonial duties, such as attending award ceremonies, promoting Swedish businesses abroad and supporting charities. As the head of state, the king also receives foreign dignitaries on formal visits to Sweden.