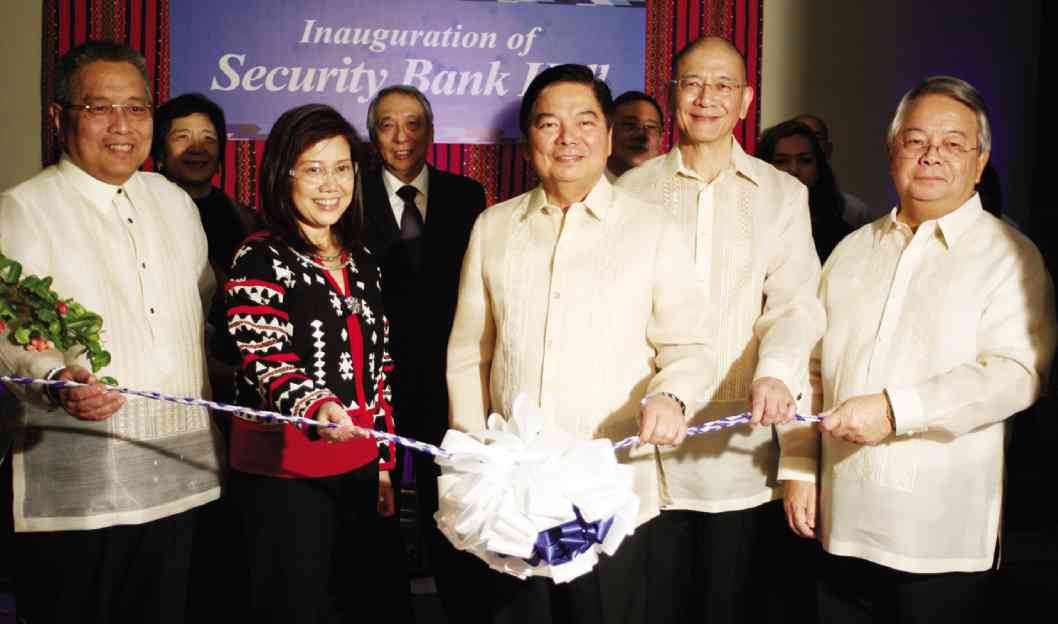 The special event, billed as “Entwined: Weaving Strands of Time and Tradition,” was done in partnership with the Security Bank Corporation and the Bangko Sentral ng Pilipinas.

The hall, an exhibition gallery, has been renovated with the assistance of Security Bank, so the National Museum renamed it the Security Bank Hall. It now features rarely seen works of the first National Artist for Sculpture, Guillermo Tolentino, in a retrospective exhibit titled, “Eskultor ng Lahing Filipino: Honoring the Life and Work of National Artist Guillermo Tolentino.”

The works were donated mostly by the artist’s family.

Some of the works include busts of national heroes and historical personalities such as José Rizal, Philippine presidents Manuel L. Quezon, Ferdinand Marcos and Ramon Magsaysay, all in bronze-finish polychrome plaster.

Other works include Tolentino’s paintings and other polychrome and plaster-of-Paris busts portraying ordinary Filipinos.

Over 400 VIP guests attended the blue-themed event, which was preceded by classical serenades from Pundaquit Virtuosi, a violin group of children aged 8-16.

The guests were also treated to a cocktail reception, with performances from Coke Bolipata and the Casa San Miguel Scholars.

Tolentino graduated from the University of the Philippines College of Fine Arts and took up further studies in Italy.

The National Artist’s famous works include the centerpiece of Caloocan City, the Bonifacio Monument; the UP Oblation, which was completed on the original Manila campus of UP in 1939; and the statues of Filipino revolutionaries during the Cry of Balintawak.

Tolentino was proclaimed National Artist in 1973.

Security Bank stands as one of the few firms in the country which provide corporate support for culture and heritage.

Practicing corporate social responsibility (CSR), it supports not only the arts, but also community livelihood and education.

“Through Security Bank Hall, we aim to contribute in making historic art more accessible to a wider audience and leave a lasting legacy of Filipino artistic excellence to the younger generation of our nation,” said Alberto Villarosa, president and CEO of Security Bank. “It is important to us that, as we grow our business, we also pursue nonprofit objectives as a socially responsible institution.”

Security Bank was voted Bank of the Year, Philippines, in 2012 by the Bank of London’s Financial Times.