The art of children and psychotics in the work of Rock Drilon | Lifestyle.INQ ❮ ❯ 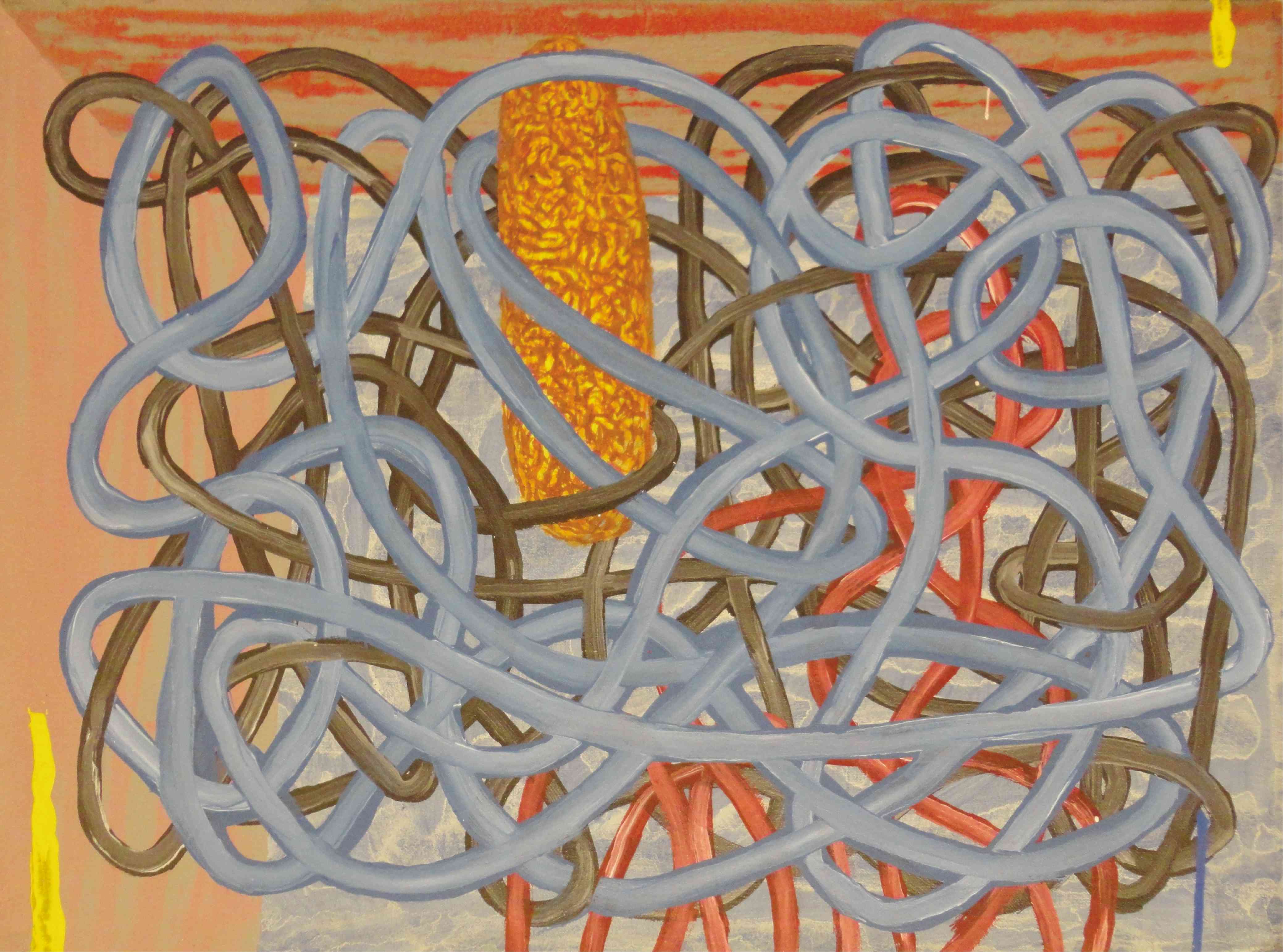 Automatism in either art, music or literature is still a debatable method as far as the quality of the craft is concerned.

Does the resultant piece really show the skill of the artist? Is it art (as in cultural art)? Or is it something that properly belongs to the scientific field, the realm of psychoanalysis?

Jean Dubuffet had long repudiated this concept of psychiatric art and championed Art Brut, that preoccupation of small children, prisoners, solitaries, mental patients. The Surrealists and the Abstract Expressionists had earlier considered the debate academic and went on doing their stuff.

The only Filipino artist we know who consistently practices automatism is Rock Drilon. Some, like Bernardo Pacquing, might have experimented with the method at one point in their careers, but Drilon has been doing it for decades, in fact, producing among the finest and most authentic specimens of Art Brut.

We thought it was just a phase, as when some 10 years ago he used the shaped canvases and unconventional formats popularized by the Post-Painterly Abstractionists. He brought over his painting skill to household objects, probably as a way of democratizing art. A collection of these painted objects (wall clocks) was displayed in department stores in the 1990s.

Now he’s back to traditional canvas and framed paper, but the Art Brut remains. He says he considers each piece as a container for what’s inside him—potent forces, strong emotions—that he lets go, gushing onto the canvas.

“I just open myself,” he says. “I just work and work, and sometimes the brush and paint don’t exist.”

In other words, what you see is only channeled energy, a portrait of the subconscious, as it were.

The method could be apprehended and the resultant art appreciated in his exhibit “Recent Works,” recently at Now Gallery on the mezzanine of Ecoplaza Building, 2305 Chino Roces Ave. Ext., Makati City.

These are artworks from 2011-13, comprising 20 paintings in mixed media and acrylic on canvas; 10 nudes in pencil on paper; and 21 drawings in pencil and charcoal on paper.

In the paintings, the canvas is washed with a mixture of unmodulated colors, the pigments dripped, scratched or applied in broad brushstrokes. This is then superimposed with unending loops of often neon hues, forming what looks like the Chinese knot of longevity.

The whole is embellished with scrawls and doodles, short strokes and slashes, stick figures, small mysterious color masses. Visual tension is reinforced by the juxtaposition of wash and impasto.

The nudes were based on live modeling. Though here Drilon has turned to figuration, the human body still emerges as an abstracted form. Each sketch is a bravura performance in line drawing.

The next suite of drawings seems to be studies of the central motif that appears in the paintings. Yet most have been carefully rendered, finely shaded, they can hardly be mere studies at all.

Except for the nudes, viewers are advised not to waste time looking for an extra dimension in these pieces, any message or meaning, or what they represent, either social, political or philosophical, but just appreciate them for their appearance. Because, as we understand automatism, it will frustrate the quest for rational explanation.

That familiar loop motif, for instance, is inexplicable. The artist says it just comes out of his being. “It used to be more defined. Later, sumasabog siya.”

Born in Dumangas, Iloilo, Drilon is a nephew of Sen. Franklin Drilon. He took up Fine Arts, major in Painting, at University of the Philippines in Diliman under the José Joya and José Moreno Scholarships.

Mentored by National Artist Joya, he emerged in the ’70s as one of the leading artists of his generation, along with the likes of Roy Veneracion, Gus Albor, Nestor Vinluan, Lito Carating.

He started as a figurative expressionist and came to be known for his “Jeepney” series, till he shifted to abstraction in the ’80s. Thus, much like in the art of his mentor, a convergence of the figurative and the abstract occurs in his pieces.

Viewers are often hard put to say what they’re seeing when face to face with his canvas. Is this a figural painting, or is that an abstracted figure hidden behind the loops? Often we espy the shape of the human brain amid the jumble of organic forms. At least in one piece we think we see a beehive, goldenly glowing.

Drilon is married to broadcast journalist Ces Oreña, with whom he has four sons (Ory Victorio, Mikhail Pietro, Gian Thomas and André Luis).

The couple established Mag:net Gallery from their magazine shop in Quezon City 10 years ago. The art space had to close down when he decided to settle in his home province late last year.

He plans on putting up a studio in his hometown. He says he has been more productive than ever in his art-making, now that he’s been freed from the strain of running a gallery.

He now heads the Iloilo Cinematheque. But he’ll continue painting, for as long as there’s energy left in him.