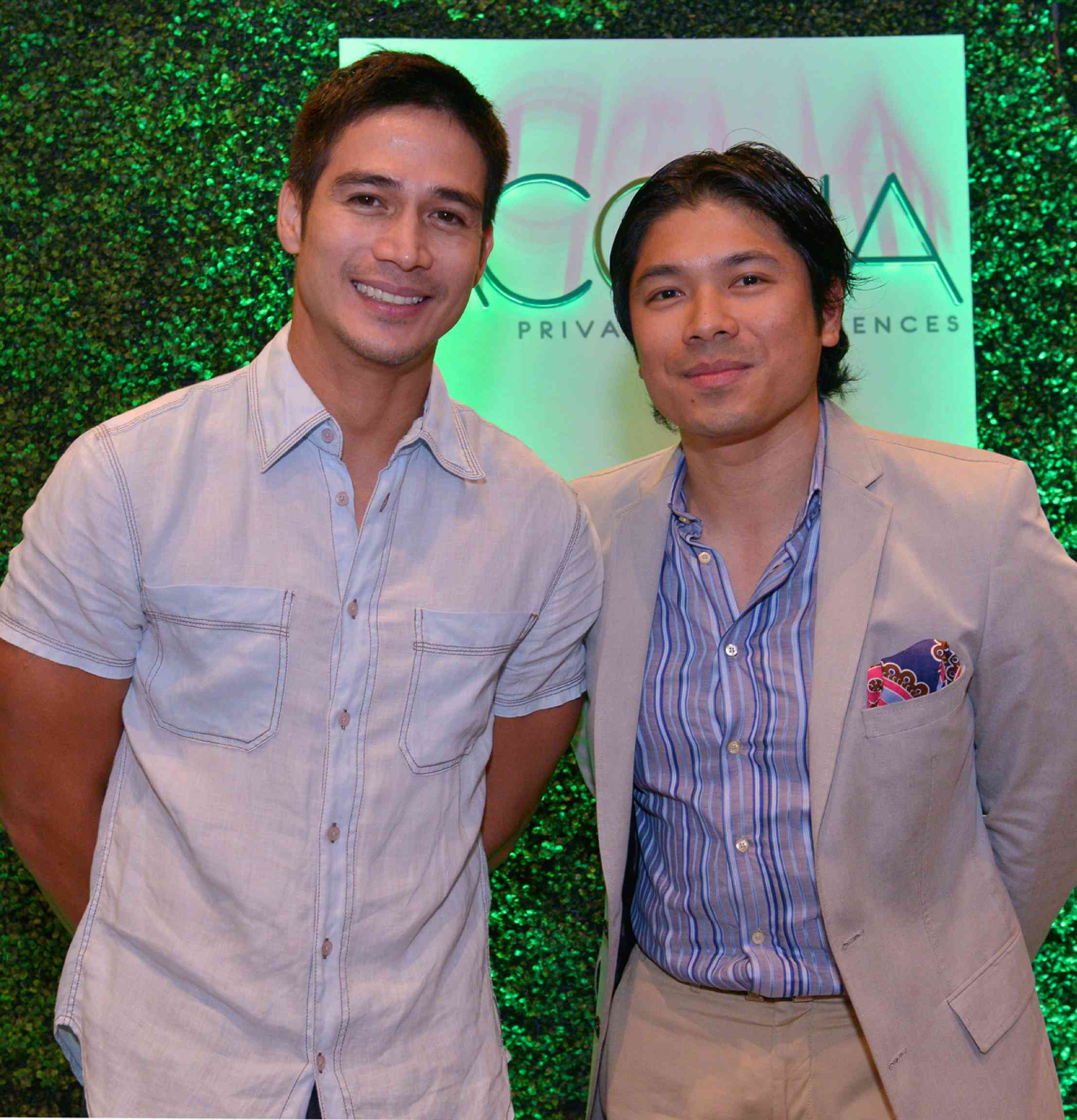 High-end Acqua Private Residences, whose developers claim to be the country’s first residential Eden, celebrated the end of summer by partying Brazilian-style at its showroom in Mandaluyong City.

It was a fun happening amid a setting inspired by the world-famous Iguazu Falls in Brazil, adopted as the name of Acqua’s latest tower, to promote a summer of “holistic wellness to all the guests,” as the drum beaters said. In fact, Zen Institute and I Go Beyond Yoga dished out generous raffles of gift certificates.

“Acqua celebrates life by the water. Our theme tonight captures the rich culture of Brazil and the environmental consciousness of its people amid urban surroundings,” said Century Properties COO Marco R. Antonio.

A proud Gramercy Residences unit owner, Piolo captivated everyone with his remarks as well as his handsome looks and built, but of course. “I am among the many who got captivated by Acqua’s nature-centered lifestyle,” he said.

“This made me add Acqua to my property investments. The water element of Acqua is very enticing. As Manila is a concrete jungle, it’s better to have a place where you can relax, which Century Properties will provide you with, plus it is offering you not just a home but a vacation home.”

Since its launch in 2011, Acqua Private Residences has successfully sold majority of the units in its first four towers—the Niagara, Sutherland, Dettifoss and Livingstone.

The fifth tower, Acqua Iguazu, is designed by Yoo, the international firm founded by John Hitchcox and Philippe Starck.

Now, that’s what progress and high-living is all about, dahlings, n’est pas?

Gracing the inaugural were executives from SSI and Ayala Land Inc., natch, together with those of Itochu Corp. and Family Mart Corp.

True to Japanese tradition, Family Mart executives observed the customary kagami biraki, meaning “opening of a cask of saké, as a sign of celebration and good luck.” All participants were garbed in traditional Japanese robes, dahlings.

A group of fun dancers doing a wild street dance ushered us to the new store. The Family Mart gang made sure the invitees enjoyed the yummy food and drinks. Guests were also showered giveaways coming from partner merchants.

“Family Mart aims to bring its retail success in the Philippines, as seen in its many branches across Asia and the United States,” said Anton Tantoco Huang, dahlings. “They will open 40 stores this year in Metro Manila, with stores in progress at Glorietta 5, Ayala Avenue MRT Station 3, and Exchange Regency in Ortigas.

Other stores in Eastwood City, Pasay City and Cavite are also in the works. The brand will open 300 stores in the next five years.

When that très popular nightspot and restaurant Opus sends an invite, you can bet your last peso that there will be 100-percent attendance.

After all, when Opus throws a bash, everyone knows one is in for a great night out, dahlings.

So it was no wonder that when Opus celebrated its second anniversary, it was a sensational happening.

Rather than the usual DJ-driven party, Opus owners decided to do something different: a sit-down dinner for the VIPs and its loyal patrons, natch!

The cavernous venue was adorned with long tables and breathtaking décor.

Wine and cheese were served at the dining area, before the invitees were ushered into the lounge to experience the exquisite setup.

Opus’ superstar chef Carlo Miguel prepared a five-course degustation consisting mainly of the dishes that made the place the popular dining destination it is today.

Moi noted three invitees had to be très discretely helped out and brought to their chauffeur-driven high-end cars. They were completely smashed from all kinds of free-flowing booze. Well, that’s what a great bash is all about, di bala, palanggas?