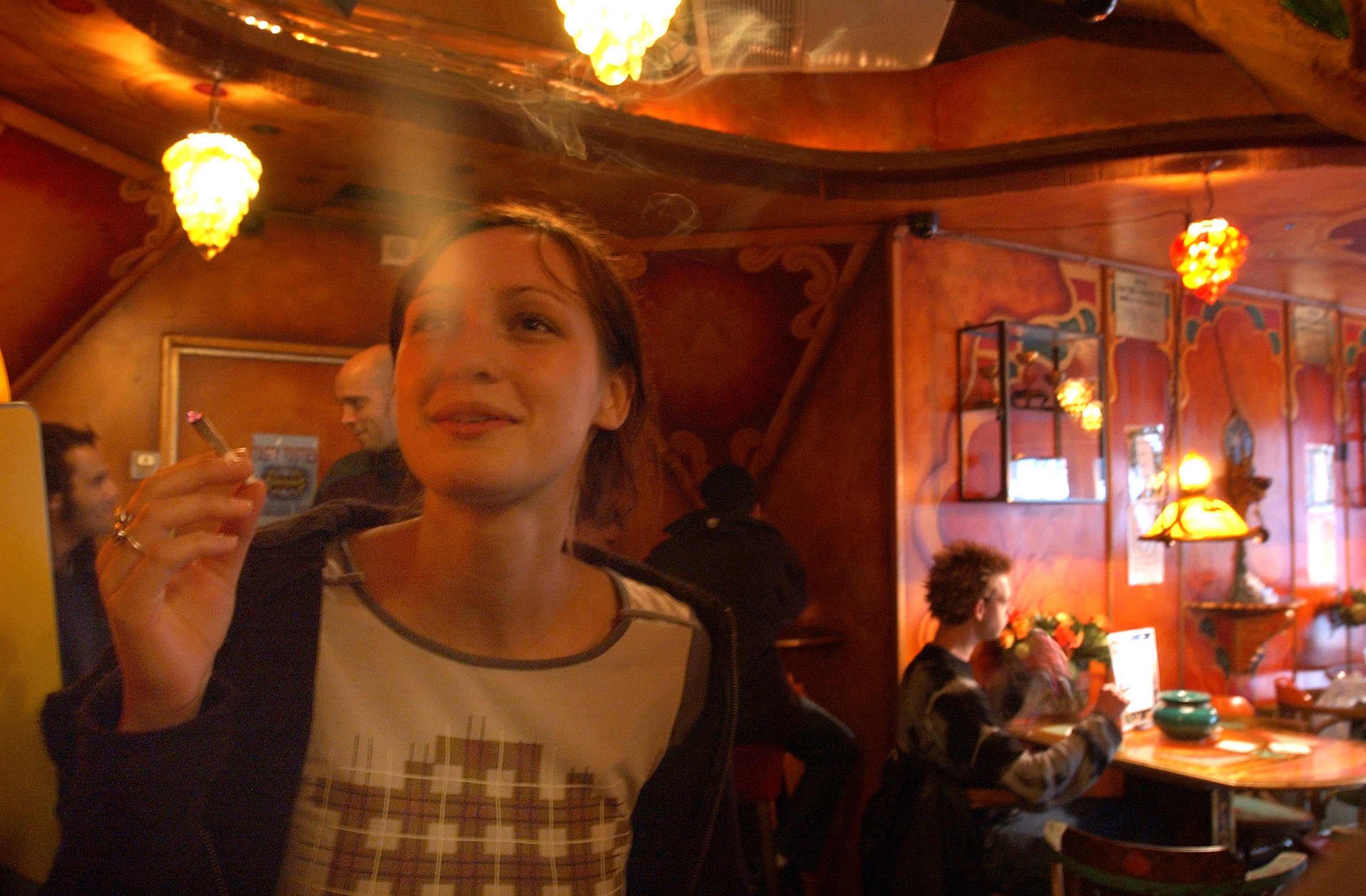 In this Sept. 24, 2004 file photo, an unidentified tourist smokes marijuana at a coffee shop called "de Dampkring" or "Atmosphere", in the center of Amsterdam, Netherlands. A Dutch court on Wednesday, June 5, 2013, ordered the government to compensate owners of cannabis-selling cafes who say they lost money because of measures aimed at stamping out drug tourism. AP Photo

MAASTRICHT, Netherlands— The owners of three cannabis-selling cafes are going on trial in the southern Netherlands charged with selling weed to foreigners, in a case both sides of a heated drugs debate in this border city hope will clarify the legality of a clampdown on so-called coffee shops.

Maastricht is using new legislation banning coffee shops from selling cannabis and marijuana to people who don’t live in the Netherlands as a way of clamping down on what the local mayor says was nuisance caused by hundreds of thousands of drug tourists driving into the picturesque heart of the city to stock up on weed.

The three cafe owners in court Wednesday were arrested earlier this year after serving foreign customers as a way of testing the legality of the new rules.