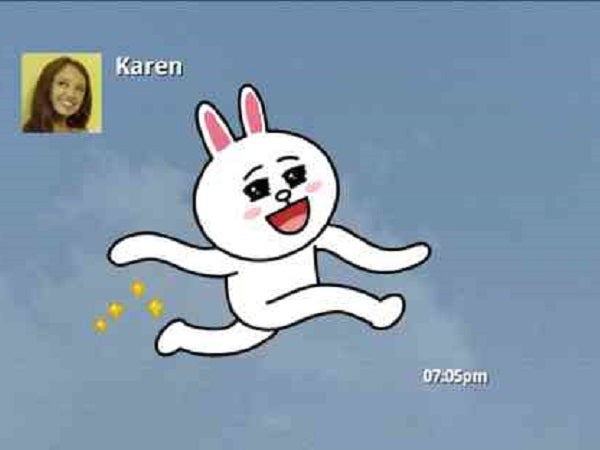 I once went on an iMessage/SMS strike, refusing to reply to my friends unless they installed Line and we resumed our chat there.

“Why do you insist we use Line?” one friend asked exasperatedly.

Line is one of the most popular and fastest growing multiplatform messaging apps for smartphones and computers. It was developed two years ago by NHN Japan after the company realized how fragile and unreliable the existing communication system was after the Tohoku earthquake wrought havoc on telephone lines. 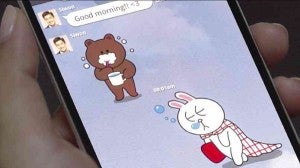 The app, which can send messages from any device where Line is available, uses data network to send and receive messages.

Today, Line is used by roughly 150 million users worldwide, with new users being added by the second. 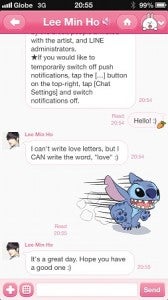 Just like other messaging apps, Line can send photos, audio, video, location, and contact info. It also enables users to call each other using VoIP (Voice over Internet Protocol), where you use your Internet connection to make calls.

The call feature is very impressive. A friend and I were able to talk for seven minutes (she was using Wi-Fi, I was on 3G) and the call was amazingly clear and crisp, with no lag at all. It’s so much better than using our service provider’s cell towers, where we tend to sound like synthesized sound effects from a Daft Punk song—cool, but totally unintelligible.

But the best thing about Line are the stickers. Sticker sets contain characters from Disney, San-X, Sanrio, anime, and Line’s proprietary cast—James, Moon and the inter-species lovers, Brown the bear and Cony the bunny (Cony’s the girl in the relationship). The Line characters are so popular that NHN Japan has already created plush dolls and other merchandise for fans to buy. 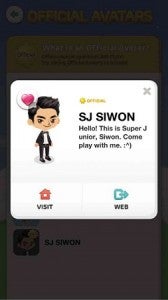 The stickers are finely rendered and the range of emotions are so varied that it’s actually possible to carry on a long conversation using just the stickers.

The only downside of Line stickers is the cost. Each set costs a whopping $1.99 (around P82 for 40 virtual stickers). Since Line is a free app with plenty of users, the app must find a way to make money, especially since server maintenance can be pricey.

You can also gift friends with stickers, but at this point, you’d probably want to keep the stickers for yourself. The stickers are so darned cute that I eschew a fast-food meal or a cup of milk tea to use the money to buy stickers instead.

Another cool feature of Line is the presence of your favorite celebrities—who have official accounts where you can message them and they’ll reply. Super Junior’s Siwon is a Line user and endorser, you can add Super Junior up. Other celebrities on Line at the moment include Lee Min Ho and 2PM. 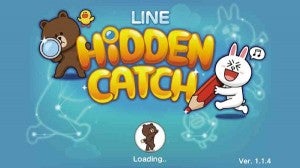 Recently, Line was launched in the Philippines; its developers intimated that there are plans to engage local celebrities and create exclusive stickers.

Apart from messaging, Line is also a social network of sorts, where you can post status updates and create a timeline of photos and other details.

But Line does not end with just messaging and social networks. Its constantly evolving system has been adding games, camera and drawing apps, each well-made and totally worth the phone memory space.

Download Line for free on the AppStore, Google Play, Windows Store, and BlackBerry World. Get it for your desktop by visiting http://line.naver.jp/en

A HANDY companion app to Instagram, the Line Camera lets you take or load photos and decorate them with frames, text and stickers (yes, more stickers). You can save the photos to your library and upload on Line, Instagram or other social networks.

This one combines 17 apps—there’s a ruler, protractor, sound level meter, flashlight, mirror, spaghetti scale (the Line guys must love their pasta), and more.

It lets you draw freehand using several brushes and effects. You can then send your drawing to your Line friends.

One of the best games ever. If you enjoy “Spot the Difference,” then this game app is a must-download. The cute graphics make it a joy to play, and the time limit makes it a challenging—and frustrating—game to enjoy.

If you like virtual self games, then Line Play will be up your alley. Build a house for your mini-me and give it all sorts of cute decor and furniture. You can interact with other users by visiting their houses, sleeping on their beds or using their bathrooms. Siwon is also on Line Play, you can visit his virtual room and hang out with his avatar! Tatin Yang, contributor