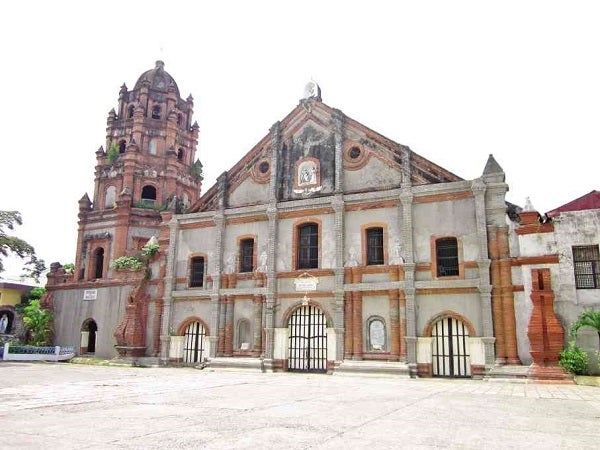 A whistle-stop, three-day tour of Pangasinan brought with it some surprises, as in agrotourism (animal farms) and potential medical tourism (the improved Pangasinan Provincial Hospital in San Carlos City, which is planning to build a swimming pool in its backyard).

There were tours to the attractions in Balungao (to the east), San Carlos (the capital of Lingayen), Binmaley, Calasiao, the island town of Anda, and Bolinao up north.

Pangasinan is noted for its seafood. You can feast on all kinds of fish, like the famous Dagupan bangus (milkfish), hito (catfish), dalag (mudfish), fried rugso (which looks like tilapia but is really from the sea), and the smaller species like dilis and danggit. Add to that squid, shrimps, prawns, seaweeds, crabs, lobsters and fresh, mouth-watering oysters (talaba). Check out Bangsal Restaurant in Binmaley and El Pescador Hotel in Bolinao.

At the Balungao Goat Farm, the mayor’s wife, known to all and sundry simply as “Mayora,” showed us around and we watched as a gaggle of goats fed on corn stalks and leaves incessantly and nibbled at bottled minerals for their supplements. The goats are being raised for dairy purposes and for meat in surrounding towns.

Dome-shaped Mt. Balungao stands out in a generally flat terrain. It is the home of the Balungao Hot & Cold Springs Resort, which offers hiking trails, attractive swimming pools, all-terrain vehicle (ATV)-driving, a bungee trampoline, and a zipline.

We were in town for the Agew ng Pangasinan (Pangasinan Day), one of the major festivals of the province, held at the Capitol Plaza in Lingayen, with its stately Capitol Building (circa 1918), Governor’s Palace, Veterans Park (where a downed Japanese World War II plane remains on display), and photo exhibit commemorating WWII battles in the area.

Each town went all-out in creating the floats that would showcase their produce or their attractions. Binmaley exhibited marine species, while Infanta zeroed in on a giant starfish. Santo Tomas focused on being the corn capital, while Mabini billed itself as “the caving capital” of the province. The Pangasinan float, of course, bore a big replica of the Capitol. And Urdaneta City highlighted a historical pageant.

The Saints Peter and Paul Church in Calasiao is a national cultural treasure. I first visited in 1998 in the company of two dear friends of happy memory: Odette Alcantara (who was from Lingayen) and her brother-in-law SV Epistola. The parish priest at the time was Odette’s cousin, Msgr. Luis Ungson.

The style of the majestic parish is baroque, made of brick and adobe, like the convent house. The church has been much improved since the earthquake of 1990, with restoration supervised by the National Commission for Culture and the Arts.

The present parish priest, Fr. Fideles Layug, showed us around. As we entered the priest’s quarters, with a warning that no one was allowed inside, Fr. Layug intoned, with a hint of humor: “Dito dumadaan ang mga Padre Damaso noong araw (here entered the wicked friars of olden days).” And he pointed to a smaller door on the left: “The servants could not enter there, but they could check on the ilustrados who visited the priest.”

Check out Tondol Beach in the island town of Anda, with its clear, shallow waters, white sand; and nearby Tandoyong Island where you can just wade to in low or high tide. A bit farther away is a smaller island, named Cory Island because it materialized (“lumitaw,” as the locals put it) during the time of President Corazon Aquino.

Meet people like Manoling Carolino, 39, father of 5, who earns P250 a day by selling cooked sea urchins by the bag (P20 per). And there was this boy who was selling didila (small shells). There are two resorts in Tondol, 828 Gems Beach Resort (0928-3077999) and JCT Beach Resort. Fully airconditioned rooms at Gems cost P2,000. The resort is owned by engineer Felix Chiong, who was Anda councilor for 12 years.

Tandoyong Island, on the other hand, is owned by the Galsim family. There is a caretaker, Boyet, who will allow you to stay on the island for several hours, for a token P20. But what if you want to stay overnight? “Probably you will pay more or maybe just the same if you give him a drink,” said Chiong. “Mahilig uminom yan (he loves to drink).”