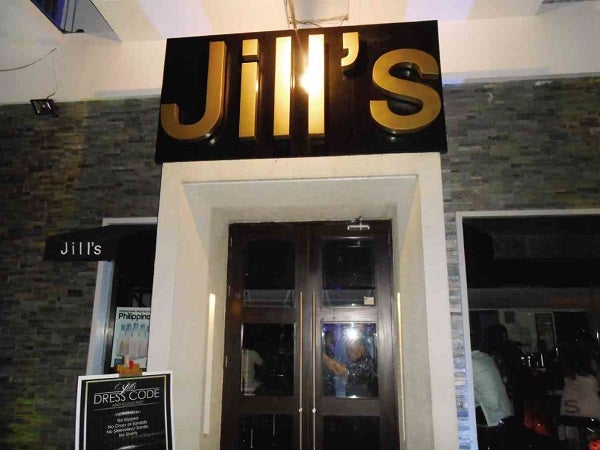 THE FACADE of Jill’s, one of the first clubs to open at The Fort Strip in BGC. PHOTO BY POCHOLO CONCEPCION

What was once part of a somber military camp—where the likes of Ninoy Aquino, Serge Osmeña and Geny Lopez were once imprisoned—is now a vibrant “gimik” place called Bonifacio Global City (or BGC) in Taguig.

Most people still refer to it as “The Fort” because that was its original name when the government started selling parts of Fort Bonifacio for commercial development in the mid-1990s. Besides, it’s more convenient to pronounce—The Fort has only two syllables compared to BGC’s three; and taxi drivers still knit their eyebrows when you ask to be taken to BGC. But when you point out, “Sa The Fort po,” they sometimes quip, “Ah, sa Global!”

Whatever, the place is virtually on equal footing with Manila, Quezon City, Ortigas, and its neighbor, Makati, as a nightlife destination. The only drawback is that first-timers are bound to get lost and confused in the maze of streets in the sprawling BGC grounds, although there are now signs posted along the roads directing motorists to specific locations.

There are three main areas in BGC where the restaurants and clubs are concentrated: Bonifacio High Street; Burgos Circle; and The Fort Strip. We’ve been to High Street a number of times last year, having enjoyed the food at Abé, Lorenzo’s Way (both of the LJC Group) and Sentro on various occasions, and the gigs at Seventh High. We’ve also gone to Burgos Circle with friends, dining and drinking at Café Juanita.

But it’s The Fort Strip we remember most, since it’s the most visible coming from McKinley Road; its most prominent club a few years ago was Embassy before it closed down. Among the original tenants in the Strip which has fortunately remained open is Jill’s.

Owned by three business partners, one of which is lawyer Ray Espinosa of the MVP Group, Jill’s always attracts attention by way of a loudspeaker outside its door that blares the music playing inside the club.

Go to Jill’s on a Friday if you like ’80s music, specially the dance-based tunes. There’s no live band, but DJ Jon Tupaz, with another jock, Martin Porta, will keep you preoccupied with a nonstop mix of songs that came on the heels of the golden era of punk-New Wave-disco in the ’70s.

Tupaz and Porta’s record-spinning gig, dubbed “Friday Madness at Jill’s”—actually a spin-off from the nothing-but-’80s music programming on FM radio station Magic 89.9 every Friday—expects its denizens to get up and dance.

Which everyone does, except that it now feels weird, at least to those who used to party in Where Else? and other discos of their high-school youth, because the people who dance at Jill’s somehow look embarrassed when shaking their booty. We don’t know if it’s the weight of middle age or the frustrating desire to recapture the dance steps of yesteryears.

The jocks’ song choices are fine, but we think they have a slight tendency to repeat some tunes in a familiar cycle. (Familiarity breeds contempt, right?)

In any case, expect to hear “Footloose,” “Tenderness,” “You to Me Are Everything,” “Karma Chameleon,” “Night To Remember,” “Get Down On It,” “Pump Up the Volume,” among many others. But geez, when are they putting “Awitin Mo, Isasayaw Ko” to rest?

On the first Tuesday we catch her performance, Asistio reveals a cool sense of rhythm with her covers of foreign stuff from mixed eras including Janet Jackson (“Let’s Wait Awhile”); Jennifer Love Hewitt (“Cool With You”); Lisa Stansfield (“Been Around the World”); and Des’ree (“You Gotta Be”).

But she also has a rock edge, even if her versions of Bryan Adams’ “Heaven” and Kim Carnes’ “Bette Davis Eyes” are fine-tuned to suit her R&B style.

On the second Tuesday, a party is in full swing—balikbayan interior designer Norman Agleron (back home from Australia) has his college batchmates from the University of Santo Tomas and former officemates from DM Consunji Inc., including a few who flew in from Singapore, joining the fun despite the rainy weather.

Onstage, Asistio tries—and succeeds—to keep the party people’s spirits up with a repertoire that swings from past to present: Shanice’s “I Love Your Smile”; Michael Jackson’s pivotal hit “Rock With You”; Bruno Mars’ “When I Was Your Man”; and, surprise, Swedish House Mafia’s “Don’t You Worry Child.”

Asistio has fine vocal chops as well as an open mind—willing to listen to criticism as she joins our table and gets a comment from a friend: “You’re good but there are some notes that you don’t seem to hit right.”

A daughter of Macario “Boy” Asistio Jr. and Veronica Jones, the singer tells us that she also writes songs and is recording an album. We wish her luck as the party winds down.

At 2 a.m. we step out of Jill’s and flag down a cab. Some of the drivers are rude, choosing passengers according to their destinations. That’s quite unbecoming in a place that calls itself a “global city.”