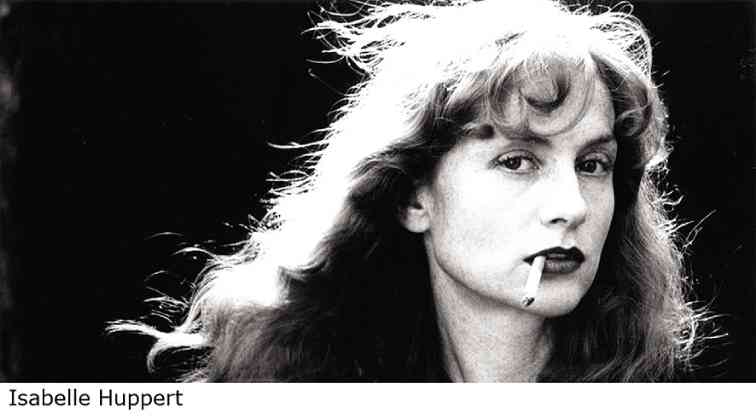 Isabelle Huppert retrospective at the CCP

The Cultural Center, with the Embassy of France, presents a retrospective of films starring Isabelle Huppert, the much awarded French actress considered among the finest of her generation, on June 19 and 26 at the CCP Tanghalang Manuel Conde.

Huppert, according to allmovie.com, is “one of the most enduring and respected actresses in French cinema . . . known for her versatile portrayals of characters ranging from the innocent to the sultry to the comic.”

Born March 16, 1955, in Paris, Huppert graduated from the Paris Conservatoire d’Art Dramatique and made her first film, Faustine et le bel été, when she was 16. Her career accelerated rapidly, and she soon found work with such acclaimed directors as Bertrand Blier, with whom she made “Les valseuses” (1974), a film also notable for making a star out of Gérard Depardieu; Otto Preminger, for whom she appeared in “Rosebud” (1975); and Claude Chabrol, with whom she would make a series of films, starting with 1978’s “Violette Nozière,” for which she won a Best Female Performance award at the 1978 Cannes Film Festival.

Also in 1978, she won a British Academy Award for Best Newcomer for her role in “La dentellière” (The Lacemaker).

She won another Best Actress Award at the Cannes Festival for her role as the sexually repressed and self-destructive piano teacher in director Michael Haneke’s confrontational drama, “The Piano Teacher” (2001).

Huppert is regarded as an institution in her native France.

A special photo exhibit on Huppert, courtesy of Institut Francaise, will complement the film retrospective.

All screenings are free and seating will be on a first come first served basis.