The art of ‘Man of Steel’ | Inquirer Lifestyle ❮ ❯ 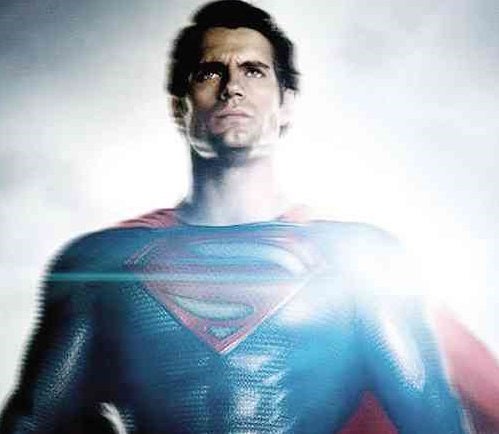 The art of ‘Man of Steel’

From Warner Bros. Pictures and Legendary Pictures comes the epic action-adventure “Man of Steel,” starring Henry Cavill in the role of Clark Kent/Kal-El, under the direction of Zack Snyder (“300,” “Watchmen”).

In “Man of Steel,” a young boy learns that he has extraordinary powers and is not of this Earth. As a young man, he journeys to discover where he came from and what he was sent here to do. But the hero in him must emerge if he is to save the world from annihilation and become the symbol of hope for all mankind.

Those are the questions confronting Superman, and the choices he makes will determine the fate of the planet he has always called home.

“In the world of superheroes, Superman is the completely uncompromising figure who exists to represent the best that all of us can be,” Zack Snyder says. “He is the ideal; he’s what we strive for, that magical, golden god, the kind of icon that has extended beyond the comics world and into all of popular culture.” 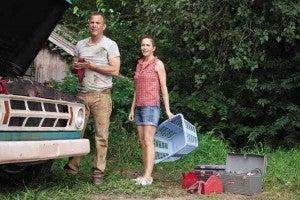 Created by writer Jerry Siegel and artist Joe Shuster and first appearing in Action Comics #1, published on April 18, 1938, Superman quickly became a cultural phenomenon, winning fans around the world in live-action and animated form in nearly every known entertainment medium.

In feature films, TV shows, radio, video games, social media and literature, he has battled some of the greatest villains of all time.

Though known for his ability to bring high-energy action to his films, and create fantastical worlds on screen, Snyder was initially hesitant to take on the responsibility of bringing one of the first comic-book superheroes back to the silver screen.

Then he read the screenplay David S. Goyer had written, based on a story Goyer devised with one of the film’s producers, Christopher Nolan.

“Without breaking the canon, without taking away the things that make him Superman, they were able to make him totally relatable,” Snyder says. “They took me on a journey that was interesting to me, and that was the reason to do it.”

To take the character down that road throughout the production process, Snyder instinctually knew it would be a departure for him as a filmmaker, despite having worked in the genre before.

Producer Deborah Snyder recalls: “One of the first things Zack said to me was, ‘This is going to be the most realistic film I’ve ever done. How ironic is that?’ But that was our goal: to make Superman relevant for today’s audiences, to make him fit into our world.”

In capturing that realism, the director chose to shoot on film and in 2D instead of native 3D, to be converted into 3D in post.

Snyder continues: “Zack felt that an intimate filmmaking style, including handheld cameras, would help us connect with Clark who, when we first meet him, is kind of lost, trying to find his place but feeling very out of place, which is something we’ve all felt at some point in our lives.”

In today’s über-technological world, very little information is withheld from public notice, and what is, is often uncovered and exposed, whether at the hands of the media, by self-appointed wiki watchdogs, or via viral video.

Thus, it’s difficult to imagine that an alien from another planet could live among us, undetected, for any length of time. And, of course, once discovered, that individual would likely never find peace again.

“We knew that to tell Superman’s story in a modern context meant addressing the trappings of our modern times,” Snyder says. “And the character inherently comes with a lot of expectations as well, having been around and idolized for 75 years. So, it was important that we vetted the ramifications of every decision we made in updating him and his environment, from Smallville to the S-shield.”

Even as the filmmakers explored the genesis of the legendary character, Snyder says: “We knew the action had to be bigger than big, with heart-pounding, edge-of-your-seat thrills. We never lost sight of the fact that we were making a Superman movie.”

“Man of Steel” is showing in IMAX 3D, Digital 3D and regular theaters. It is distributed worldwide by Warner Bros. Pictures, a Warner Bros. Entertainment Company.