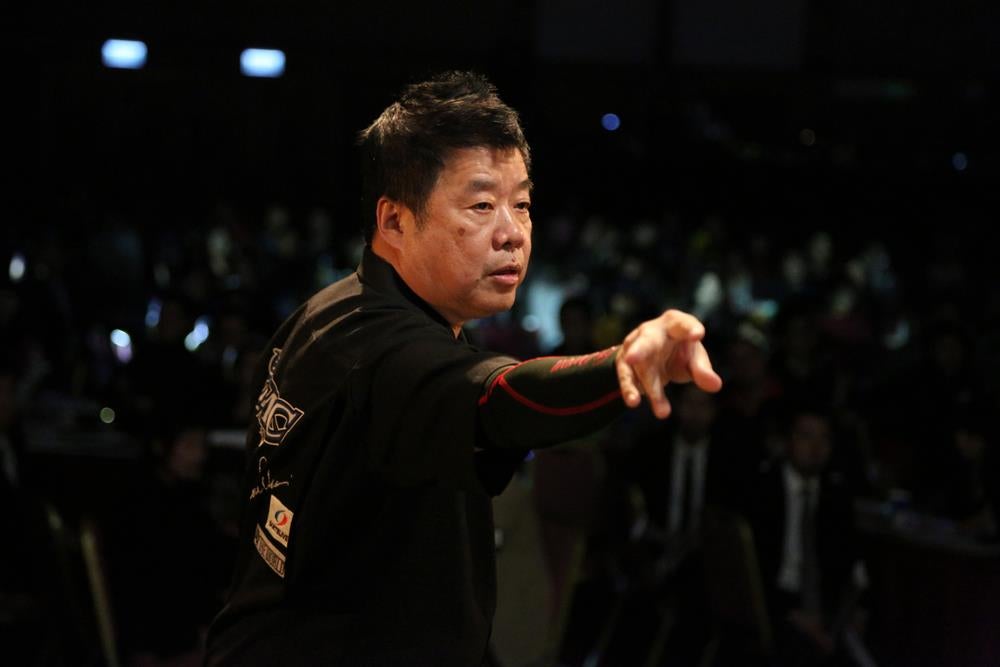 HONG KONG— Picture your stereotypical darts player: Middle-aged and overweight, with a gut spilling over a waistband, cultivated through years of swilling beer during tense matches.

But a radical transformation is taking place and the game that was once the preserve of grown-ups in dimly lit pubs has been reborn in the 21st century, with teenagers and young adults eagerly flocking to dedicated darts bars.

A new breed of dynamic young player has emerged, playing a high-tech version of the game complete with flashing lights, electronic bleeps and a computer that does all the troublesome maths for you.

Welcome to the world of soft darts, which has been big in Japan for some years but is now hitting the bullseye as it sweeps across Asia, with a rapidly swelling fanbase and its own high-profile tournaments, the most lucrative of which is this year offering a prize pot of HK$5 million ($650,000).

One of the game’s top players, Singapore’s Paul Lim, describes the differences between the traditional game and soft darts— where the arrows’ steel tips are replaced with plastic points and the electronic board calculates your scores— as similar to those between snooker and pool.

“If you look at snooker and pool, how many more people play pool? It’s a lot easier. People get a lot more enjoyment because it’s a far simpler game,” said Lim, who was the first ever darts player to throw a perfect nine-dart finish during a world championship, in 1990.

“I’ve been playing steel-tip for 38 years and I’ve been involved in soft-tip for about 15 years. Soft-tip is much faster and simpler. This is made for people not to think, just to have fun.”

While soft-tip darts have been around for decades — darts manufacturer Harrows says the electronic game was developed in the United States in 1977 — one company in particular is blazing a trail around the world.

Dartslive, which both manufactures and distributes soft tip boards, is linking up all the machines they provide to venues worldwide electronically, allowing players on opposite sides of the planet to step up to the oche and take each other on in real time.

Launched in 2003 in Japan, the company expanded its operation overseas in 2009 when it opened a venue in Hong Kong. Since then it has spread rapidly to 14 countries.

“When we started in Hong Kong, every month I would say we would have about 500 new players. It’s a cool atmosphere, almost like clubbing. People come in for a few drinks. It’s entertainment. It’s fun,” said Lim, an early proponent of the game.
Players each pay a small fee per game and have the opportunity to swipe their own membership card, which then records all their scores for the various games that can be played. There are even mobile phone apps that allow players to meet in cyberspace after they have played.

“Dartslive is a company combination of real and virtual world. You can physically play each other and then you can come and chat online,” he explained.

“Our aim is to be a network platform. We are trying to attract people across the digital world. People who watch TV and use Facebook, people who play sports— we are trying to draw them into the platform, to group them together and let them have fun.

“It’s like a small kingdom. We keep inviting people to come and stay.”

The strategy, it would seem, is paying dividends, with the business turning over $100 million a year, according to Ngu, in a growing industry he estimates to be worth $200 million worldwide.

Major darts manufacturers, including Harrows, Unicorn and Target, have also seen the potential for profit and a wide selection of branded soft-tip accessories are now sold alongside traditional steel-tip darts.

In an effort to further dominate the soft-tip market, Dartslive organises the Soft Darts World Championship.

The 2013 competition kicked off in Hong Kong in April and, after legs around the world, the final will be played in the city in December where the winner will pocket HK$1 million ($130,000) of a total HK$5 million prize pot.

Impressively, Ngu believes that the sport is growing at such a clip that its total prize pot will eclipse that of traditional darts tournaments within just three years.

Indeed, many big names in the traditional game are seeing there’s money to be made through prizes and sponsorship and are travelling to Asia to take on Japan’s best, such as Takehiro Suzuki – winner of the Soft Darts World Championship 2012— and Mitsumasa Hoshino.

Britain’s Colin Lloyd and Mark Webster were among players from all over the world who gathered in Hong Kong in April for a showcase tournament eventually won by US player Scott Kirchner.

But for the average player, not quite accustomed to top-flight matches, the draw of soft darts is the ease of the game and its hip image, according to Eric Chu, CEO of the iDarts Group, which runs a dedicated soft darts bar in Hong Kong.

“Playing steel-tip you have to have good maths, but this does it all for you. Everyone can play, you don’t need to calculate while you play.